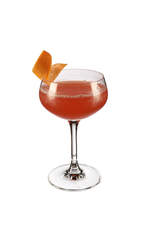 They're kind of mundane so we don't think about them much but the sewing machine is one of man's greatest inventions and without one you probably wouldn't be wearing what you've got on today.

Sewing is making a comeback and the sewing machine, once a standard item in most households, is too. They can be tricky to thread, so if you're having trouble with yours, why not take a break, mix yourself a Tailor Made and go back to the job later?

It's also the anniversary of a rocket reaching outer space

On this day in 1983, Pioneer 10 - arguably the most successful spacecraft of all time - left the inner solar system, passing Pluto, and headed on its way towards the star Aldebaran, which it should reach, all being well, in approximately two million years.

And, yes, that's Aldebaran, not Alderaan, Princess Leia's entirely fictional home planet in Star Wars. Launched in 1973, Pioneer was only supposed to last for 21 months. But as late as 2003 it was still sending back signals from the far unknown.

In case any aliens stumble across it, Pioneer carries plaques with a picture of a man, a picture of a woman and a map of Earth's location in space. Pioneer's long-term mission? To find the heliopause, the place where the solar wind, a band of gases expelled by the sun and travelling at a million miles per hour, meets deep space.

To celebrate Pioneer 10 we recommend a Sol Ardiente, a fiery blend of rum and pepper, whose name means Burning Sun.

On this day in 1966, the U.S. Supreme Court issued its landmark Miranda vs. Arizona decision, ruling that criminal suspects must be informed of their constitutional rights prior to questioning by police.

You know. That bit you get in all the best cop movies, and plenty of the worst. "You have the right to remain silent. Anything you say may be taken down as evidence and used against you in a court of law..."

Miranda's birthday is an occasion worth marking, not just by criminals and their lawyers. We recommend you join us in a Silver Bullet, made with the unusual caraway spirit, Kümmel. It would, quite frankly, be criminal not to.