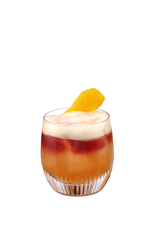 The New York City Subway opened this day in 1904 when at 2:35pm Mayor George McClellan took the controls on the inaugural journey. It is one of the world's oldest public transit systems, and like most things in America, it's big, very big.

The New York City Subway is:

The system operates 24 hours a day and despite being called "Subway", 40% of track is above rather than underground.

We are fumbling for our Metro card to use as a coaster and toasting the largest, longest and one of the busiest rapid transit systems in the world with a New York Sour, or even a Zubway.

It's Independence Day in Saint Vincent and The Grenadines

Today is party time in Saint Vincent and the Grenadines, one of the world's smaller - though by no means its smallest - nation. The West Indian islands will be celebrating their independence, gained from the UK in 1979, with steelpan, calypso, soca and reggae - and, obviously, rum. Upscale Mustique will be celebrating in a slightly classier vein.

The islands aren't called the Grenadines after pomegranates - the original folk who sighted them called them Los Pajoros, or "the birds". But the combination of rum and grenadine is one that continues to appeal. So we are taking the opportunity to enjoy a vintage upgrade to the classic Bacardi Cocktail, discovered in Harry Craddock's Savoy Cocktail Book. If you haven't tried the Bacardi Special, we recommend you use, as always, a good quality pomegranate syrup, or even make your own. You'll find the hit of gin adds a botanical edge and, when it works, the drink really works.

This day back in 2011, after frantic manoeuvring and late hours negotiations, the EU reached a decision that would transform the Eurozone: a hundred million Euro bailout of Greece. Whew!

As you'll notice, of course, everything is totally fine. Nah. Not really... Just as with every other EU resolution reached to the debt crisis, in what seems an insane spiral of governments propping up banks to prop up governments to prop up banks. And Greece still seems no closer to being able to pay its debts.

We love Greece, and its bar scene, and we're hoping for a resolution. In the meantime, were thinking of our Greek friends and toasting the cradle of democracy with a Denny & Eleni, named after our partners who run Difford's Guide Greece.

... comment(s) for The NYC Subway opened this day