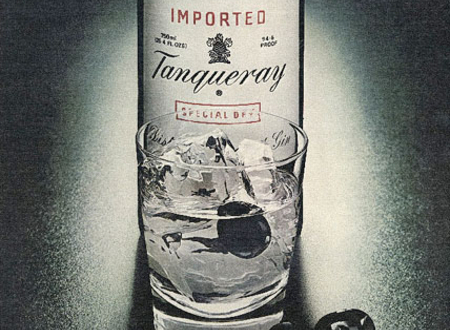 Cameron Bridge Distillery near Edinburgh is where Diageo’s UK gin production is centred, and it is the only place in the world where Tanqueray Gin is made.

The Tanqueray family were originally silversmiths and left France for England early in the 18th century, where three successive Tanquerays became rectors in Bedfordshire. In 1830 Charles Tanqueray, then aged just twenty, broke with family tradition and rather than become a clergyman, established his Vine Street Distillery in London's Bloomsbury, then an area noted for its spa water.

He experimented with many ingredients, testing botanicals from around the world but the balance of flavours in the Tanqueray recipe is so good that Tom Nichol suspects that he was aided by an already experienced distiller. However, he managed it, Charles Tanqueray started making his eponymous gin using a perfectly balanced recipe with a rich, full flavour.

Charles died in 1868 aged 58 years and his son Charles Waugh Tanqueray took over the business at the age of twenty, the same age at which his father had began distilling. Waugh quickly built on his father's success, particularly in export markets where he promoted the brand through a network of international agents. 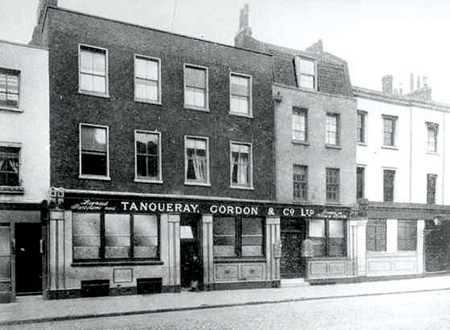 Waugh was an innovator who continually looked for ways to grow his business and towards the end of 1897 he began talks with Reginald C W Currie, the head of Gordon & Company. The next year the two companies merged to form Tanqueray Gordon & Company. After the merger all production was transferred from the Vine Street Distillery to Gordon's Goswell Road site, in Clerkenwell, which as the name suggests was also an area noted for its water. From that period onwards Tanqueray was promoted in America and this remains the brands largest market to this day. Charles Henry Drought (also known as Harry Tanqueray), was the first Secretary of the newly formed Tanqueray Gordon & Company.

In 1922 Tanqueray Gordon & Company joined the Distillers Company, an organisation formed in 1877 when six Scotch whisky distilleries had joined forces. This proved to be an advantageous and very successful alliance. Fast forward some sixty years and the 1986 acquisition of the Distillers Company by Guinness would form United Distillers, which would go on to become Diageo, the world's leading premium drinks business.

During World War II a 1941 air raid almost completely destroyed The Tanqueray Distillery and only one of the stills, now lovingly known as 'Old Tom' survived. Repairs were made and although production was seriously affected it was not long before Old Tom was back in action. 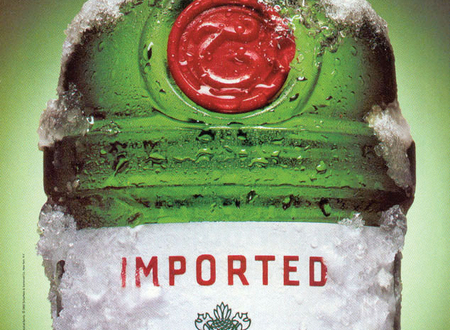 Up until 1948 when the now familiar bottle was redesigned, Tanqueray was sold in numerous different shaped bottles. The design we recognise today was inspired by a 1920s range of Tanqueray pre-mixed cocktails that were sold in bottles designed to resemble a cocktail shaker - not a fire hydrant as some mistakenly believe. This new bottle celebrated the brand's links to cocktails and its distinctive shape and exotic-sounding name made Tanqueray standout in the US, especially as it was the only green-bottled gin available in America at the time. 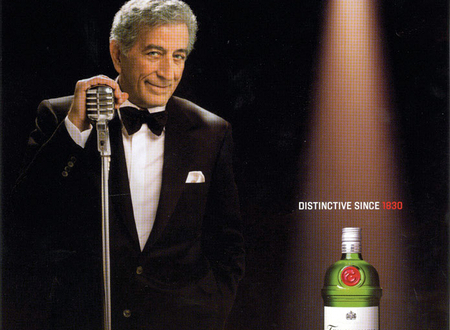 Construction of a new distillery began in 1951 and when completed in 1957 the Goswell Road Distillery included the rescued Old Tom still. The increased capacity was quickly filled as the US distributors drove the popularity of Tanqueray with a PR campaign that concentrated on California and its chicest bars. Celebrities such as Bob Hope, Frank Sinatra and Sammy Davis Jnr were reputed to enjoy Tanqueray.

From 1964 onwards, John Tanqueray, the great great-grandson of Charles Tanqueray, travelled around the world promoting the brand. Retiring in 1989, John was the last member of the Tanqueray family to work with the Tanqueray brand. 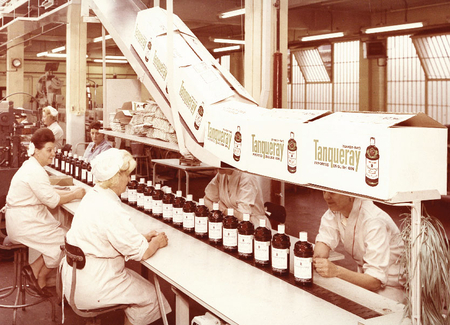 In 1989, to keep up with the growing demand for the brand, production of Tanqueray was moved from Goswell Road to Laindon in Basildon, Essex. The grain neutral spirit from which Tanqueray is distilled was, and still is, produced at one of the world's largest and most technically advanced distilleries at Cameron Bridge, Fife, Scotland. It seemed only logical to combine both rectification of the neutral alcohol and redistilation with botanicals at the same site. Thus not ten years after the move to Laindon Old Tom was once again moved, this time to its present day home, the gin still hall at Cameron Bridge. 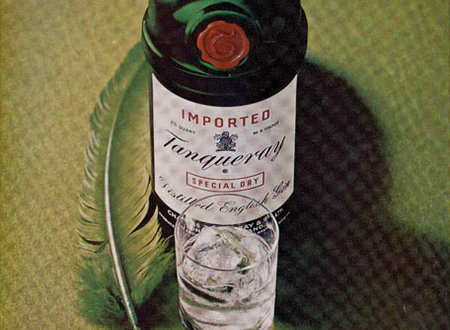 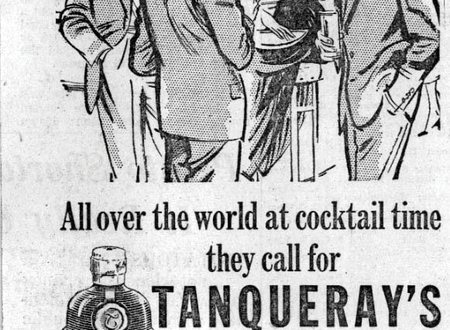 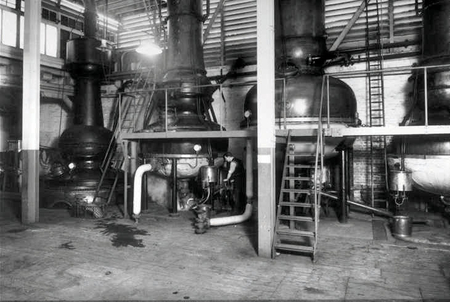 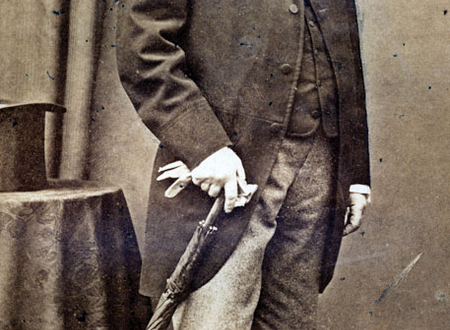 Gordon's is the UK's leading gin brand and one of the ten best-selling spirits worldwide: on average, ten bottles of... 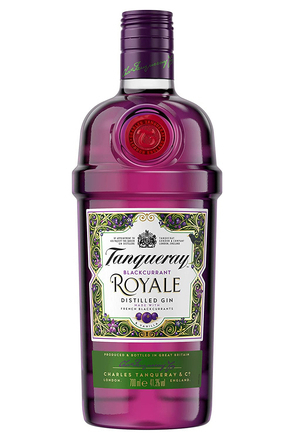 Tanqueray Blackcurrant Royale is flavoured with French blackcurrants and vanilla. 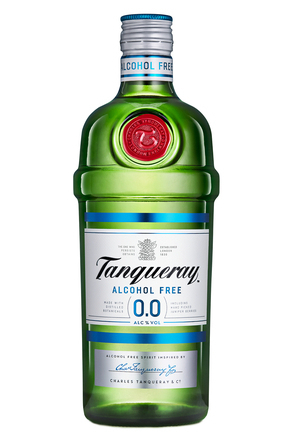 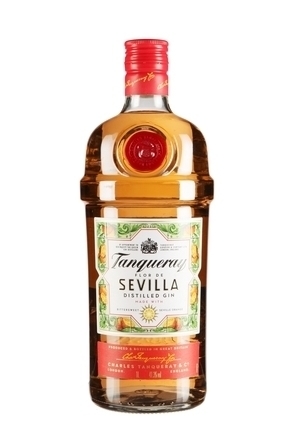 Released in April 2018, as the name suggests, Flor De Sevilla is a distilled gin flavoured with Sevilla orange essence.

This softly spiced version of Tanqueray gin was originally developed in 1839 for the Far East and is named after the... 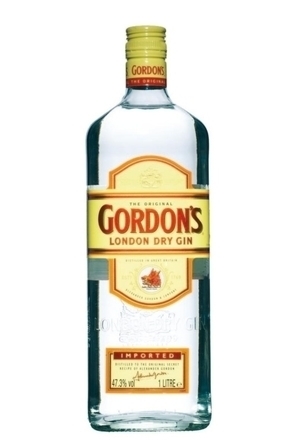 Until around 1900 only green glass could be produced in volume, so Gordon's green and white colour palette had remained...

Launched in 2000, Tanqueray No. Ten Gin is based on the traditional Tanqueray botanical recipe but with unusual extras... 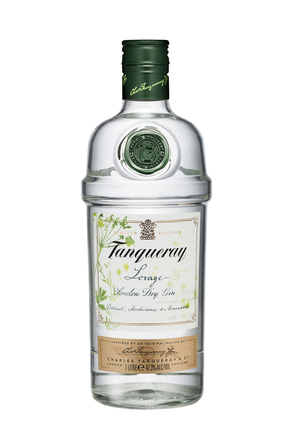 Launched in London on 23rd May, Lovage is the latest gin to be added to the Tanqueray portfolio and was with the help of... 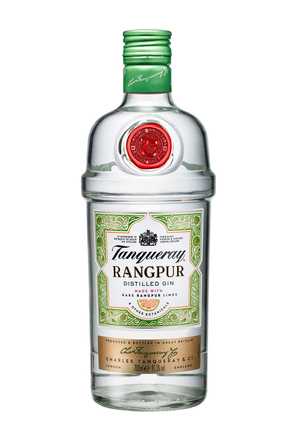 Launched in the US in 2006, Rangpur is based in the traditional Tanqueray botanical recipe with the addition of ginger,...