Status Operational
Established: 1932
Owner: CL World Brands Limited
Capacity: Not supplied
Visitor Policy: Not open to public
Tel: +1 758 456 3103
Website: http://www.saintluciarums.com
St Lucia distillery lies in the picturesque valley of Roseau on the Caribbean island of St Lucia, one of the Windward Islands in the Southeast Caribbean. Rum lovers will recognise the name due to their production of the highly regarded Admiral Rodney and Chairman's Reserve rums.

Like so many islands in the Caribbean, when sugar was introduced to St Lucia in the late 1700s it revolutionised society, first with African slave labourers, and later, Indian indentured labourers - brought to the island to tend the labour intensive crop. These forced workers formed the majority population, becoming the primary consumers for the island's rum, which was produced by the many small plantation distilleries from molasses, the by-product of their sugar production.

Over the centuries that followed sugar production boomed, driving the economy of St Lucia and the wider Caribbean, that was until European grown sugar beet entered the market and due to the reduced shipping costs, stole much of the European market. By the 1950s only two distilleries remained on St Lucia, one operated by Geest, the Dutch banana company, and the other one in Dennery owned by the Barnard Family. The Barnards, who had originally settled on the island in the 1830s, established their distillery in 1932 to make rum from their extensive sugar estates. The rise in European sugar beet eventually forced the end of sugar production on St Lucia, so in 1972 the Barnards entered into a joint venture with Geest Industries and moved their operations from their old 'Dennery Distillery' to Geest's 'Roseau Bay Distillery' in the Roseau Valley, the company's present location, to form St Lucia Distillers.

The Barnard family bought out the Geest shares in 1992 and then in 1997 sold some of their interest to Trinidad-based Angostura Ltd. In 2005 the Barnard family, sold their remaining shareholding to Clico Barbados Holdings with third generation rum-maker Laurie Barnard staying on as Managing Director. Most people in the Caribbean are only too aware of the recent financial meltdown of CL Financial, the owner of Clico, Angostura and Appleton distilleries, but due to trading profitably, St Lucia Distillers seems to have escaped largely unscathed.

One way and another, St Lucia Distillers has suffered a challenging few years. On the 2nd May 2007 a fire started by arsonists destroyed the administration, laboratory and blending building. After years of working from a converted warehouse, a replacement administrative and production building was finally completed in October 2009 but 35 years of records, manuals, correspondence and even the distillery's medals and trophies were lost forever. The irony of this fire is that Clico Holdings, the distillery's owner, is an insurance company so one would hope they were well covered.

Due to the closure of the last sugar processing plant in the 60s, banana plantations have now replaced sugar on St Lucia, so the distillery sources its sugar cane molasses, the raw material to make its rums, from Guyana. The molasses are shipped into a jetty in the Roseau Bay below the distillery from where the viscous syrup is pumped onto shore and then up to the storage tanks at the distillery via a half-a-mile underground pipe. The distiller's molasses needs are satisfied by four to five such shipments a year - from which it produces one million litres of pure alcohol.

In recent years the distillery has planted five acres of sugar cane with four different varieties sourced from the West Indies Breeding Station in Barbados. Experiments in distilling the fermented cane juice harvested from these fields are underway with some stocks already ageing in cask.

St Lucia distillery boasts three pot stills as well as a continuous still, which along with various different types of fermentation vessels allows for the production of a wide variety of rum styles. The introduction of cane juice production will further increase the distillery's diversity. The lack of locally available molasses and the relatively small capacity of this distillery, dictates that St. Lucia Distilleries export rums are marketed on quality rather than quantity, thus the distilleries export output is targeted towards the higher end of the rum market. Domestically, the St. Lucia Distillery's rums dominate, partly due to a network of van sales distributors servicing the local rum shops.

This spiced rum is based on the same blend of pot and column still rums as the original Chairman's Reserve Rum but is...

Chairman's Reserve was created in 1999 and is so named due to being the project of then Chairman, Laurie Barnard. A...

Billed as being "The Spirit of St Lucia" with the island's profile on its label and the phrase "Our Island Our Bounty",...

A blend of double distilled rums from Guyanese molasses, aged for 2 years in ex-bourbon barrels, Bounty, "The Spirit of...

Named after HMS Royal Oak, one of a vanguard of ships to engage the French during the Battle of the Saints. Captained by... 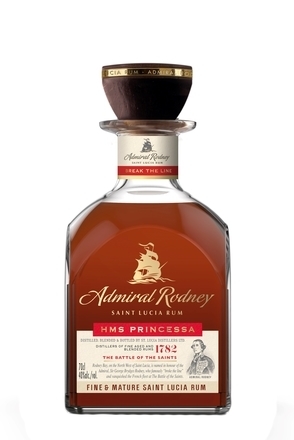 Named after HMS Princessa, a Spanish vessel captured by the British in 1780 at the battle of Cape St. Vincent and became... 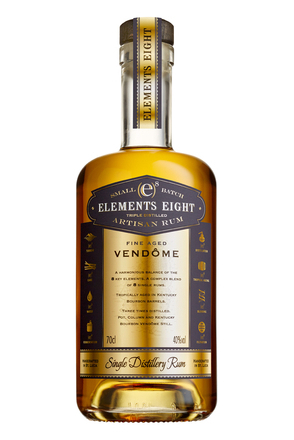 Elements Eight Vendôme golden rum is a blend of column and pot still rums distilled from molasses and aged in American... 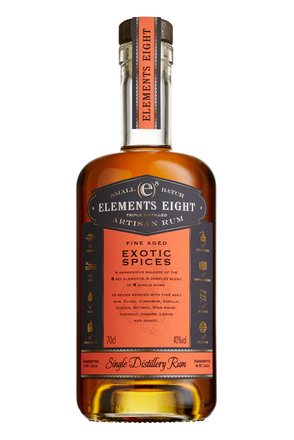 Flavoured with cinnamon, ginger, clove, star anise, vanilla, honey, nutmeg, orange, lemon and coconut - all of which are... 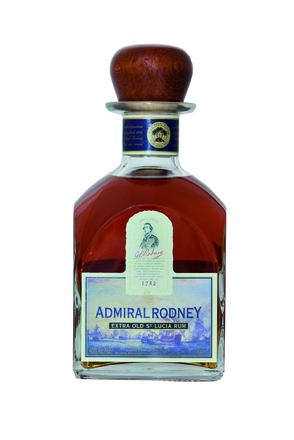