Status Operational
Established: 1882
Owner: Bacardi Limited
Capacity: Not supplied
Visitor Policy: Not generally accessible
Tel: Not supplied
Website: http://www.benedictine.fr
In the 16th century, monks were among the most educated people and their saintly experiments to produce tonic elixirs have given us some of the best known classic liqueurs. Now over 500 years old, Bénédictine is one of the most famous.

Of the three distilled preparations, two are double distilled and one is single distilled. The still room has a bewildering line up of tiny, old copper stills, many dating from the early 1900s, with the most modern being a replica made forty years ago. Those stills used for the first distillation have removable heads to allow cleaning and these dangle above their pots on pulley systems. The pot stills used for the second distillation are topped with short six plate columns surrounded by water cooling coils which serve to increase reflux within the column.

The four different preparations are aged independently before being blended, left to marry and further age. All the oak vats used are French Limousine and the whole maturation process lasts some two years.

The last part of the blending process is the addition of Argentinean honey and saffron. Both add to Bénédictine’s flavour while the saffron contributes to the liqueur’s distinctive yellow-amber hue. This liqueur has been made pretty much the same way since 1864 but somewhere along the way someone discovered that the best way to integrate the honey was to heat the blend to 55°C (131°F), allow it to cool and then heat again – that’s the way it is still done today.

I am amazed and delighted that the honey has not been substituted for the modern cheaper alternative of honey flavouring essence and sugar syrup. Even though Bénédictine is very sweet (equivalent to 300 grams of sugar per litre) it is only sweetened with honey and, unusually for a liqueur, absolutely no sugar is added – something its producers should be proud of.

Before Bénédictine is ready for bottling, it is rested for four months to allow the flavours to properly integrate and mellow. 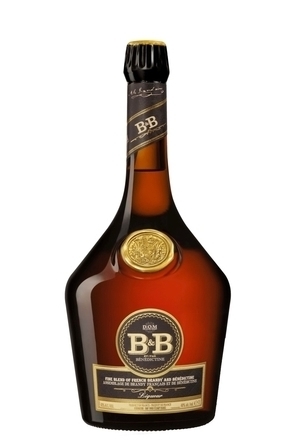 Bénédictine and Brandy (B&B) was created by a bartender at New York's famous Twenty-One Club in 1937. The drink's... 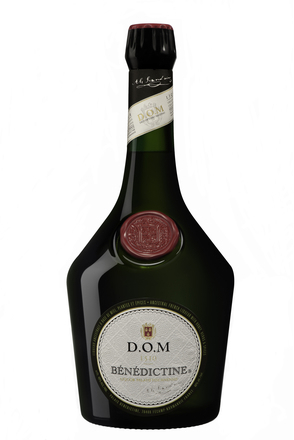 Bénédictine is based on brandy and neutral spirit and flavoured with 56 different herbs and spices with saffron to... 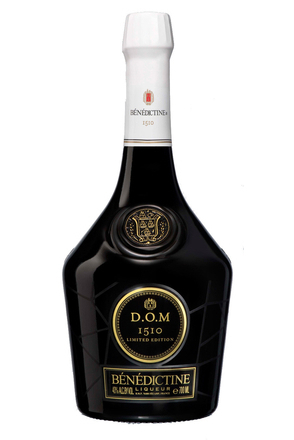 Launched in 2010, this limited 500th anniversary edition of Bénédictine D.O.M. is presented in a black bottle with...

First released in 1984, this special vintage edition of Bénédictine is only sold at the distillery. Packaged in a gift... 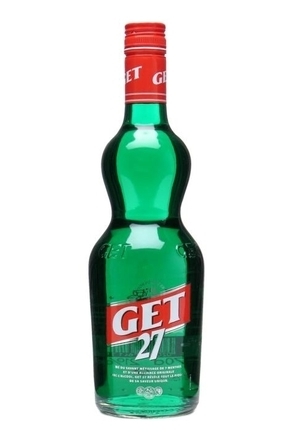