Status Operational
Established: 2013
Owner: Bacardi Limited
Capacity: 2.4m cases annually (with capacity for a million more)
Visitor Policy: Visitors welcome throughout the year
Tel: +44 (0)1256 895 071
Website: http://www.distillery.bombaysapphire.com
Bombay Sapphire embodies the idea of a modern gin, indeed it was only launched in 1987. However, both Sapphire and Bombay Dry Gin, its mother brand, can trace their origins and recipes back to the 1760s. Originally made at what is now the Quintessential owned distillery at Loushers Lane, Warrington, since 2014 Bombay gins have been made at the Bombay Sapphire Distillery at Laverstoke Mill.

Standing on the B3400 London Road between Whitchurch and Overton in Hampshire, about 1½ hours' drive from London, Laverstoke Mill is a former paper mill and print works that once produced bank notes for the Bank of England. Known by many as the Laverstoke Mill Distillery due to its spectacular location, but officially titled the Bombay Sapphire Distillery, it straddles the banks of the River Test in picturesque Southern English countryside.

The Bombay Sapphire Distillery is open to all and allows you to tour the distillery and grounds on your own terms and in your own time, in what’s described as “The Self-Discovery Experience”. Pre-booking is not essential but is strongly advised).

The industrial past of the Laverstoke Mill site is explored in the Heritage Room and the ten exotic botanicals used to flavour Bombay Sapphire are showcased in the Glasshouses and Botanical Dry Room where you can smell and learn what each botanical contributes to the gin. Visitors are also welcomed into the Dakin Still House to view the working stills. The setting is picturesque and there is a walk along the River Test.

Like most tours the experience ends with a gift shop, but this one sells Bombay gins, bar supplies and bar equipment rather than the usual key rings.

The “self-discovery experience” with an interactive map costs £15 per adult and includes a complimentary cocktail crafted by one of the in-house bartenders to suit your personal taste in the Mill Bar. Book your visit here. Gin Workshops and Cocktail Masterclasses are also offered and for booking and information see distillery.bombaysapphire.com or call +44 (0)1256 895 071.

Laverstoke Mill is recorded in the 1086 Doomsday Book but its industrial heritage dates from the early 18th century when it was purchased by a family of French-Huguenot printers, the Portals and turned into one of the world’s main centres for banknote production. It’s here that the watermark was invented and by the 1950s, Laverstoke Mill supplied banknotes to over 100 governments and issuing banks around the world.

When Bacardi, owners of the Bombay Gin brand, took over Laverstoke in 2012 it was comprised of over 40 derelict buildings, many of them ugly 20th-century industrial and office structures which detracted from the splendid Victorian architecture of the mill and other original buildings such as the Grade-II listed India House where India's colonial-era banknotes were printed.

Thomas Heatherwick, designer of the 2012 Olympic Cauldron and the New Routemaster bus, was tasked with masterminding the impressive multimillion pound makeover of Laverstoke and he has attractively contrasted the modern design ethos of the Bombay brand with Victorian architecture and heritage. It feels very much like Bombay has always been distilled at Laverstoke and that it belongs there. 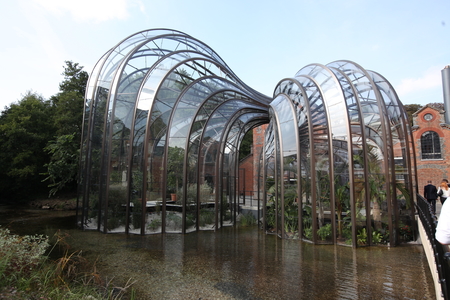 The glasshouses and the two-hectare grounds through which the widened Test chalk river flows were planted by experts from Kew Gardens, and the distillery has an on-site horticulturalist. 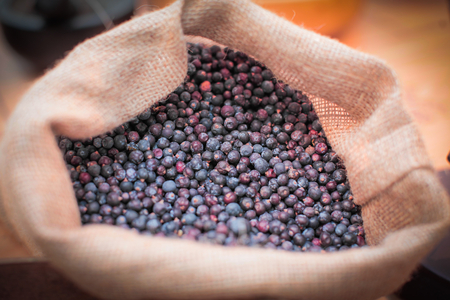 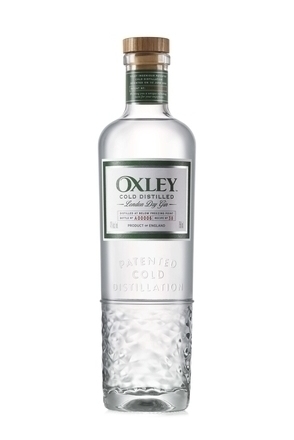 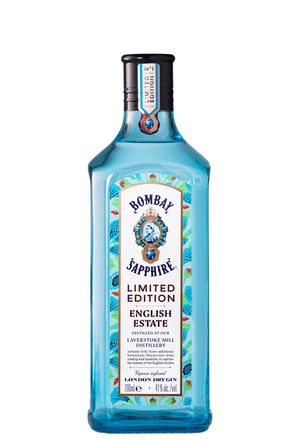 Launched in March 2019, this is the first of what promises to be a series of limited editions from Bombay Sapphire.... 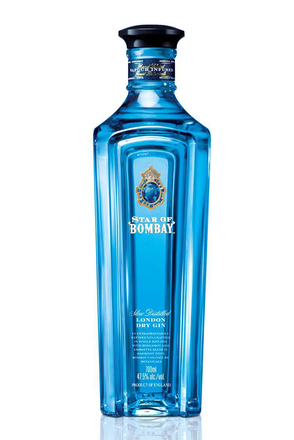 Named not after the eponymous Westbourne Grove Curry House but after the Star of Bombay, a 182-carat cabochon-cut... 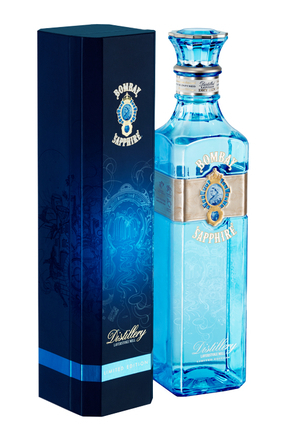 This Bombay Sapphire limited edition bottle was launched in 2013 to celebrate the opening of The Bombay Spirits... 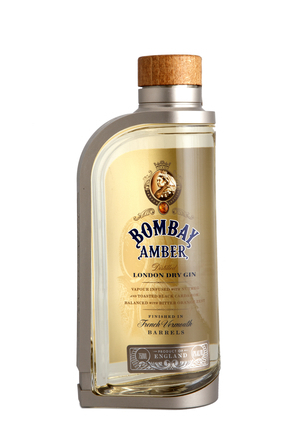 Launched in March 2015 in global travel retail, Bombay Amber is based on the original Bombay Dry recipe with additional...

As the name would suggest, this is the original Bombay gin, predating the now better-known Bombay Sapphire. It was...

As the name would suggest, this is the original Bombay gin, predating the now better-known Bombay Sapphire. It was... 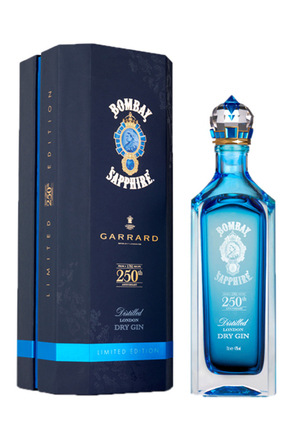 A limited edition bottle released in 2010 to mark the 250th anniversary of Bombay Original’s recipe which back in 1761...