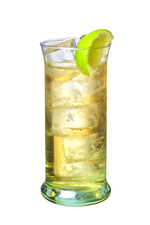 Named after Abraham Lincoln, the original bore, the Centre Tube, of the Lincoln tunnel opened this day in 1937. Approximately 1½ miles / 2.4 km long, the tunnel runs under the Hudson River, connecting Weehawken in New Jersey to Midtown Manhattan in New York City.

Residents of New York and New Jersey will know the tunnel well but millions of TV viewers around the world will have experienced emerging from the Jersey side of the Lincoln Tunnel and climbing the helix in Weehawken while watching the introduction to episodes of the The Sopranos". Tony Sopranos' epic drive from Manhattan to his home in New Jersey to the soundtrack of Woke Up This Morning by Alabama 3 is one of the most iconic openings ever to grace our screens.

You may not have driven through the Lincoln Tunnel but you're bound to remember it from The Sopranos. Whether it's an important transport link for you or just a fond memory from one of the all-time great TV series, surely the Lincoln Tunnel is worthy of celebrating with an aptly named Lincoln Club Cooler.

On this day in 1887, a man who would go on to become one of the world's most extraordinary mathematicians was born. His name was Srinivasa Ramanujan, and though he had no formal training in pure mathematics, his contributions to mathematical analysis, number theory, infinite series and continuing fractions would open up entire new areas of the discipline and inspire a vast amount of research into his theorems.

His pioneering discoveries led his home country to dedicate this day to him and now Mathematics Day is celebrated globally. And rightly so, as mathematics helps us in almost every area of our day-to-day lives. Without it, our ability to think creatively, critically and logically would be impaired. We use maths to manage our money, prepare food (and cocktails), to understand the scoring in sports, to decorate, to design, to drive! And that's before we consider the crucial part that mathematics plays in creating the everyday machines and appliances that we rely on - cars, TVs, smartphones, tablets, ovens...the list is endless.

So to mathematics and Ramanujan, the 'man who knew infinity', we salute you and toast you today with a Perpetual Cocktail.

Anniversary of the Andes Survivors' rescue

On 13 October 1972, a plane carrying rugby players to a match in Santiago, Chile, crashed high in the snowy Andes. More than two months later, long after everyone had given up hope, two men walked out of the mountains.

They would lead rescuers to the remains of the plane and a further 14 survivors, who had survived savage conditions in a triumph of the human spirit. In honour of the men who were rescued on this day we are drinking a Pisco Sour which as the name suggests is based on pisco, the spirit of the Andes.

Giacomo Puccini was born into a musical family in Tuscany, and went on to compose masterpieces like La Boheme, Tosca and Madame Butterfly.

Puccini was famed for his beautiful arias, but he was nicknamed 'brutta voce' (ugly voice) for his own husky voice which was the result of a furious smoking habit. While he was in the middle of writing Turandot he died of throat cancer.

Raise a glass to this legend and celebrate his work with a Puccini cocktail.