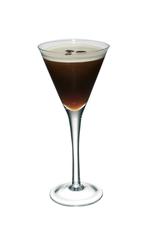 In most of Asia, Buddha's birthday, like Christmas, is a movable feast, depending which type of Buddhism and lunar calendar you follow – but the organised Japanese, who use the standard Western calendar, have set 8th April as the date for his birthday, year-in, year-out.

At Hana-Matsuri, or Flower Festival, the Japanese decorate shrines with flowers to commemorate the birth of Siddhartha Gautama, the man who would later become the Buddha in an orchard of blossoming trees more than two thousand years ago. Baby Buddhas are placed in the shrines and, to symbolise the nectar with which the original Buddha was sprinkled, worshippers sprinkle the baby with sweet tea.

We are not Buddhists, and we're certainly not pure. But we do enjoy a Lotus Espresso, which we discovered at - where else? -- Lotus in Sydney. It has a bittersweet complexity that inspires meditation.

We are also celebrating Picasso

This day in 1973, Pablo Picasso, probably the most influential artist of the 20th century, died in his French chateau, aged 91, leaving a fortune worth over $50 million. Co-creator of the movement known as Cubism, which splits objects into geometric shapes viewed from multiple perspectives, Picasso spent his life experimenting. Yet he was also a supremely talented classical artist - he could draw perfectly.

Over his lifetime, Picasso produced more than 6,000 paintings, though he'd sell no more than 40 a year to avoid glutting the market. After he rose to fame, he would produce simple drawings and sign them as a way of virtually printing money: today there are more than 25,000 Picasso works in existence. A doctor once advised Picasso that he should ensure "plenty of sex and red wine", a maxim the artist lived by: he had eight long-term relationships and hundreds of casual affairs over his lifetime. We are toasting the great man with a Picador, an aptly named forerunner of the Margarita.

Today is also the anniversary of Kurt Cobain's body being discovered

On this day in 1994, an electrician discovered the body of one of the decade's biggest stars, Kurt Cobain, at his home in Seattle, USA. He had joined the 27 Club three days before, after running out on rehab for longstanding heroin addiction.

With Nirvana, Cobain had headlined the grunge movement and gone from an obscure indie artist to a stadium-filling rock star - which hadn't resolved his issues with depression, or addiction. Despite the fact that he'd left a note before sticking a shotgun in his mouth, some internet conspiracists continue to insist that he was wiped out by a hitman hired by his then-wife, Courtney Love, or parties unknown.

Twenty plus years on, Cobain's music continues to move, and his face is still iconic. We're toasting a great but tormented artist with a Rock 'n' Rye.

... comment(s) for Buddha's Birthday in Japan