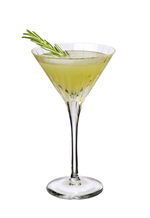 Observed annually on this day, World Intellectual Property Day was established by the World Intellectual Property Organization in 2000 to "raise awareness of how patents, copyright, trademarks and designs impact daily life" and "to celebrate creativity, and the contribution made by creators and innovators to the development of societies across the globe". All very laudable, but why the 26th April?

This date was chosen due to it coinciding with the date on which the World Intellectual Property Organization was established in 1970. And quite frankly, it's something of a slow news day when it comes to reasons for us to celebrate with a cocktail, so we're kind of happy they chose today.

We are drinking to those folk that create IP with a Grand Designs.

"There was movement at the station, for the word had passed around..." and so begins the epic story of steep hills, wild horses, flint stones flying and one man and his mountain breed who manage to bring all the brumbies home.

The Man from Snowy River by Banjo Patterson is set somewhere northwest of Canberra and was first published this day in 1890 in The Bulletin. Its fantastical bush setting and underdog protagonist – who at one point is told his horse is too small to come on the ride, yet ends up as the only one brave enough to pursue the wild horses down a descent covered in wombat holes where "any slip was death" – captured a distinct 'Australian-ness' before there was an Australia.

There's been three movies, a stage musical and a TV show about the nameless man who spurred his horse down the mountain, but it doesn't get much more Australian than the 1971 Slim Dusty recording set to music. We'd recommend letting Slim's distinct wiry tones retell you this iconic tale while shaking up a Gary 'gaz' Regan classic, the fresh tequila and pineapple-laced Horseshoe Sling, in honour of a brilliant poet and his horse and man from Snowy River.

Developed in 1935 by seismologists Charles Francis Richter and Beno Gutenberg, working at the California Institute of Technology, the Richter Scale records the magnitude of earthquakes.

The scale is a base-10 logarithmic scale, "which defines magnitude as the logarithm of the ratio of the amplitude of the seismic waves to an arbitrary, minor amplitude, as recorded on a standardized seismograph at a standard distance." Nope, we don't understand that either. Put more simply, an earthquake registering 5.0 on the Richter Scale has a shaking amplitude 10 times greater than an earthquake that registered 4.0.

Several million earthquakes a year register 1.0 to 2.0 magnitude and while they are detectable by seismographs, they go mostly unnoticed by us. Going up the scale, earthquakes registering 5.0-6.0 are considered moderate and can cause damage to poorly constructed buildings. Any earthquake that records 7.0 or higher is "major" and will damage most buildings. Earthquakes over 8.0 on the Richter Scale, usually one per year, will cause widespread destruction, even impacting so-called earthquake-resistant buildings.

Considering the above, we're thinking about our friends in San Francisco who live with the constant daily threat of the next Big One, any earthquake of magnitude 8 or more. We're hoping it never occurs whilst sipping on that San Francisco classic, a Pisco Punch.

Yes, we've saved the best till last - this is a day to feast yourself on pretzels, but please be careful. In January 2002, President George W Bush appeared with a heavily bruised and cut face which he told reporters was due to fainting, falling from a couch and hitting his head after choking on a pretzel. The president joked, "My mother always said when you're eating pretzels, chew before you swallow."

According to historians/urban myth, the pretzel is the oldest snack food, first made in 610AD by a monk in southern France or northern Italy using dough leftover from breadmaking. He formed the dough into the familiar pretzel shape to resemble a child's arms folded in prayer and gave his new creation as rewards to children who learned their prayers. Indeed, the name pretzel is said to have derived from 'pretiola', Latin for little reward.

There's something about these salty snacks that calls for beer, so we'll be crunching pretzels (with all due care) whilst sipping a Peroni Negroni in deference to that Italian monk.