Punch is widely considered to be the earliest cocktail – the drink all other cocktails emanate from. A great punch is a fine balance between spirit, citrus, sweetness, spice and dilution, but its creation came out of circumstance.

It would be remiss to write about the story of punch without consulting drinks historian, David Wondrich's excellent book, Punch and indeed the authority himself. The following references David's book but also quotes from a gathering of punch experts, including David, brought together around a punch bowl by Banks Rum. For our video and more from that enlightening session see our Punch - Expert tips on how to make and serve page. But I digress, back to story of punch and its origins.

Origins of the name punch

Popular belief has it that name 'punch' originates from the Hindi word for 'five', a reference to the traditional number of ingredients: sour (lime or lemon), sugar, spirit (rum, brandy or arrack), water and spice (nutmeg).

David Wondrich says, "One guy said it comes from the Indian word for 'five' because it had five ingredients. Unfortunately, that guy was only in India for a little bit and it was a guess. He never talked to any Indians about it and punch has six ingredients, it has four ingredients, it has a bunch of different ingredients so I'm less trusting of that judgement than some other people because it also means something short and stout, much like myself, and the barrels that everybody put in, they take a half barrel, which was like a punch barrel, it turned into a punch. Punch was the description of the barrel and that's how you'd serve it so I suspect it came more from the barrel than from the Indian word but that's my guess."

David's theory as regards the barrel is supported by a style of cask, 500 litre short and broad in shape, being called a Puncheon to this day. Tellingly Punchons are most identified with the rum industry.

But as David also says, "But who knows. Most of the people who were drinking early punches were sailors and most of them were illiterate."

It's not known who made the first punch or where that punch was made but even David Wondrich, the leading American author on the subject, agrees that it was likely to have been a Brit.

The first known written reference to punch appears in a letter sent on 28th September 1632 by Robert Addams who was stationed in India and worked for the British East India Company. Writing to a colleague about their respective accommodation and company he wrote, "I hop you will keep good house together and drincke punch by no allowance." [from Punch by David Wondrich page 22]

The first recorded punch recipe dates from 1638 when Johan Albert de Mandelslo, a German managing a factory in Surat, India recorded that the workers there made "a kind of drink consisting of aqua vitae, rose-water, juice of citrons and sugar."

Spirits weren't the refined products we enjoy today and the 'new' and cheap tipple, rum, courtesy of Britain's colonial interests tended to be fiery stuff. Punch emerged as a way of taming rum.

Wondrich picks up the tale, "Punch began in the British East India trade, as far as we can tell. Records are pretty spotty about this sort of thing, but English sailors ran out of beer and they ran out of wine, and you can't have a boat full of English people without something to drink. So, some bright spark had the idea, what if we make artificial wine from spirits. Once they got to East Asia and South Asia everybody there was drinking spirits; spirits were widely available - Batavia arrack in Indonesia and coconut arrack in India, and somebody said okay, let's take that and let's turn it back into wine, and how do you do that? You put the acidity back in that's been distilled out, so you use lemon juice; you sweeten it to balance that - they liked sweet wines back then - and I think, most importantly almost, is you dilute it back, you put the water back in, so you end up with something that's about the strength of wine. You can make this artificial wine with things that are on the shelf, that will keep forever or are locally available and it's delicious. This starts in the early 1600s with these British merchants."

Punch helped sailors survive the long voyages due to the citrus in the punch protecting them from scurvy. When they returned to the London ports, due to being over-provisioned often they brought back some arrack from the East Indies and other punch ingredients with them. It became very fashionable to visit the docks and drink a bowl of punch with the sailors. Investors would visit the ships they'd financed with their friends and sit onboard enjoying this new communal beverage.

During the mid-1600s, after the Restoration, punch made with arrack from the East Indies, and then rum from West Indies became the fashionable social beverage in London's coffee houses, then the new gathering places. And as Wondrich says, "with all that caffeine, you need something to come down on a little." For the coffee house owners, punch was very attractive as was not taxable, it was so new it lay outside the taxation system.

Punch remained the tipple of choice for English aristocrats for hundreds of years to come. The spirits, tea, sugar, citrus and nutmeg used were expensive ingredients with the lemons alone then equivalent to eight dollars each. In 1690s London a three-quart bowl of punch cost half a week's living wage. Punch bowls started becoming an accessory to acquire and show off. There are accounts of the ostentatiously rich commissioning punch bowls large enough for three children to play in and melting down coinage to make them. 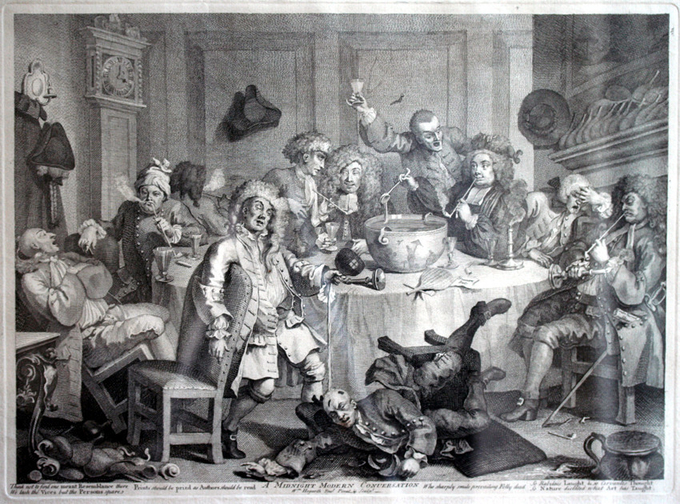 Rum became the most popular choice for both England's punch-guzzling aristocracy and for its sailors. As soon as England colonised sugar producing nations, The Royal Navy were quick to swap the daily allowance of a gallon of beer or pint of wine for half a pint of Jamaican rum. Not only did this smaller portion take up much less room on board but it didn't spoil on the long journeys. As rum was being produced throughout England's new-found territories, from New England in America to Mauritius off the coast of Africa, it made its way back to Londoners then struggling to buy the French brandy they'd been used to as England waged its constant wars against France and Spain. When the ships docked from the Caribbean, as William Dampier wrote in his book of 1697 A New Voyage Around the World, they were "always well stored with rum, sugar and lime juice to make punch, to hearten their men when they are at work."

In the tropics themselves, as Jeff Berry writes in his introduction to Potions of the Caribbean, "Rum mixed with sugar and lime made the nasty, brutish, short life of the average Caribbean combatant worth living." Despite movie franchises such as Pirates of the Caribbean depicting Caribbean cutthroats swigging straight from bottles of rum, such 17th and 18th century ruffians preferred a bowl of rum punch. There are countless tales of merchant seamen being lured with punch only to find themselves surrounded by pirates. Indeed, it was the infamous Captain Kidd who negotiated a privateer contract over rum punch with the then commander-in-chief of England's Caribbean forces.

The punch they drank is possibly known today, as pointed out by Richard Zacks in his book, The Pirate Hunter which cites an eyewitness to this meeting in 1688. The punch was supposedly made of "rum, water, lime-juice, egg yolk, sugar with a little nutmeg scrap'd on top."

Traditions surrounding a flowing bowl of punch are steeped in history and it is said the founding fathers and friends drank 76 bowls at the celebration following the signing of the Declaration of Independence. The Meeting House Punch is a recipe from this time, 1789, just 13 years after the Declaration of Independence, which was intended for the entire town of Medfield, Massacusetts. According to Jeff Berry, it called for "4 barrels of beer, 25 gallons of West India rum, 30 gallons of New England rum, 34 pounds of loaf sugar, 25 pounds of brown sugar and 465 lemons."

Punch falls out of fashion

Sadly, times changed and as the Victorian era ushered in a new style of drinking - they drink less and for shorter periods of time. So, punch bowls were left to gather dust. In a magazine entitled Household Words, Charles Dickens published a piece titled A Bowl of Punch, bemoaning the fact that punch bowls which once lined the shelves in bars ready to be called upon were now stacked up and uncalled for.

Punch also fell victim to the pace at which we started to live our lives. Sitting around in bars sipping out of a huge bowl for prolonged periods became too much of a luxury. As the world became busier so slow unhurried drinking became a thing of the past. Indeed, by the time the grandfather of bartending, Jerry Thomas wrote his guide punches were already a thing of the past. As Wondrich points out, "although he had many recipes in his book they were probably fostered on him by publishers and were in fact obsolete."

Now, 20 years into the second great age of the cocktail, punch is once again fashionable, and a new generation of discerning drinkers are discovering the delights of the flowing bowl.

It is now commonplace for punch to be served in the world's leading bars. Indeed, New York's Dead Rabbit, the World's Best Bar 2016, serves punch as a welcome drink to every guest. Another much awarded bar, London's Punch Room, only sells punch - almost certainly the world's first punch bar since the mid-1800s. 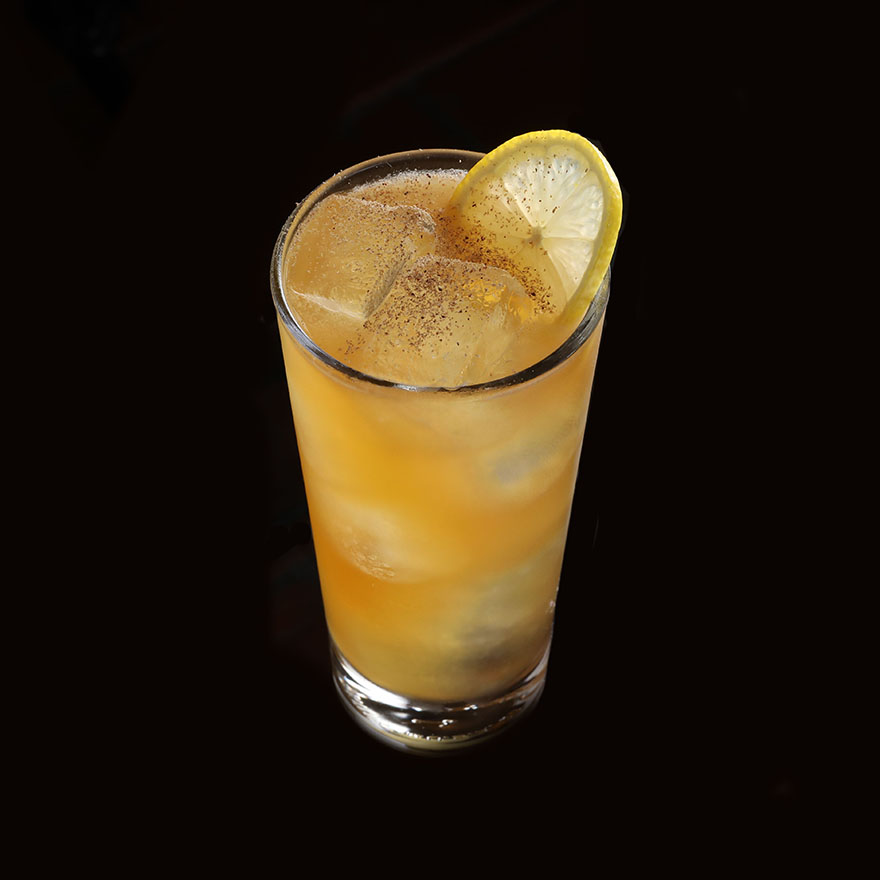 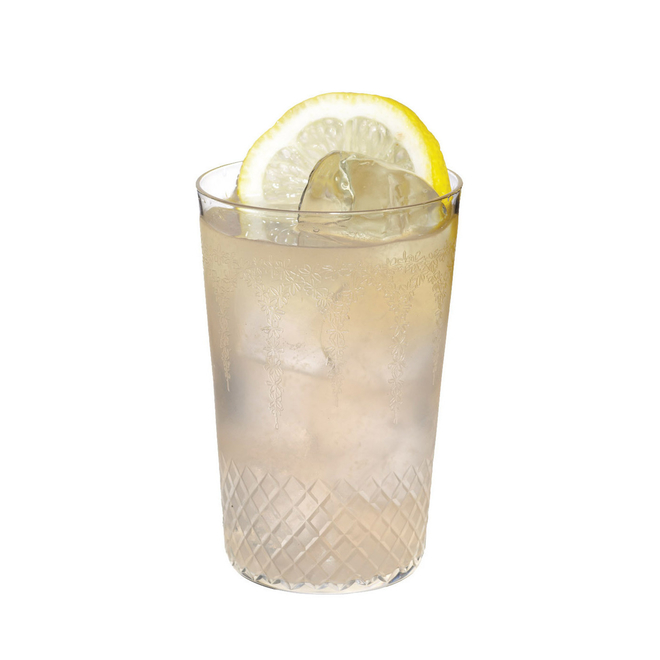 Light and refreshing, akin to alcoholic real lemonade (not fizzy. 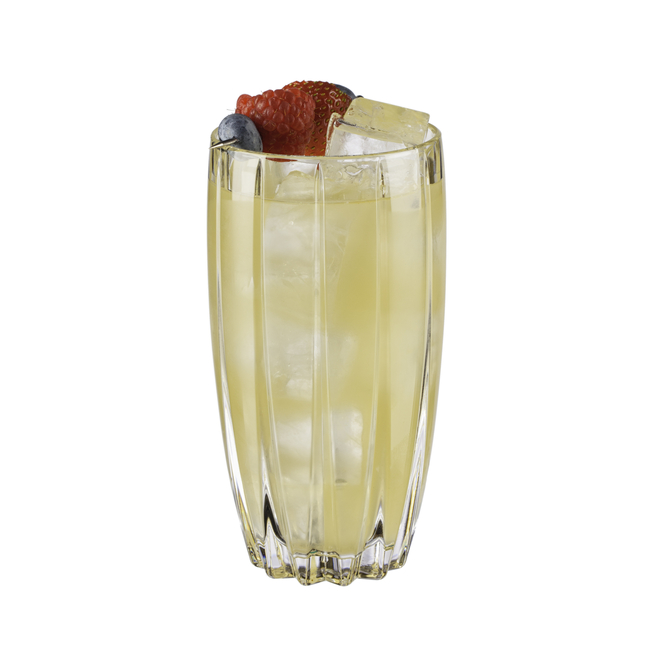 A balanced – not sweet, nor sour or strong – refreshing short whisky cocktail. 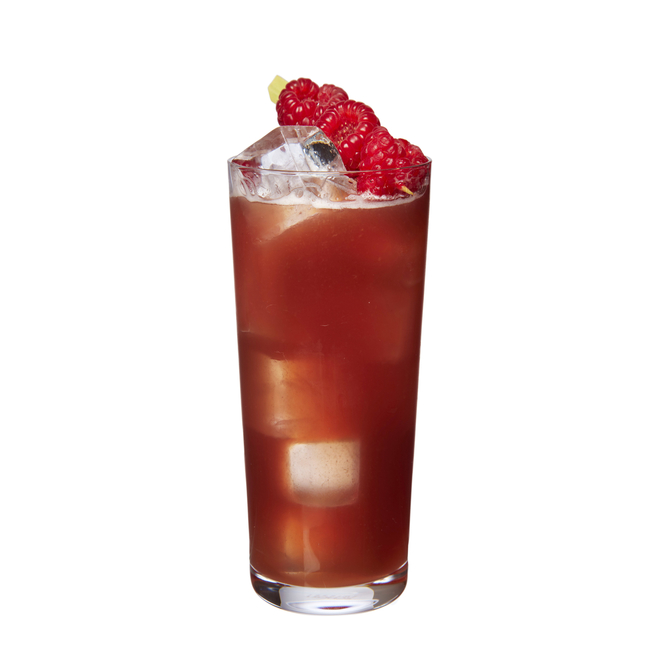 Fruity yet complex with the oak maturation of both spirits and liqueurs adding depth of flavour. 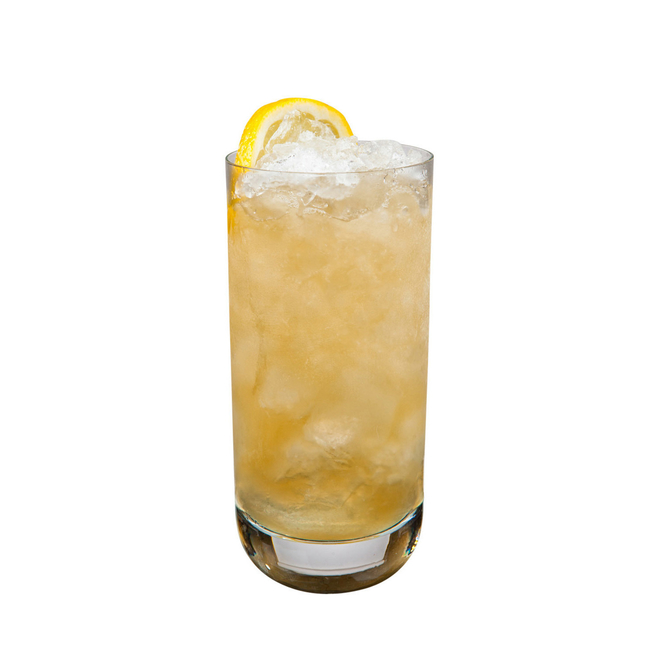 Spirited and refreshing with herbal notes. 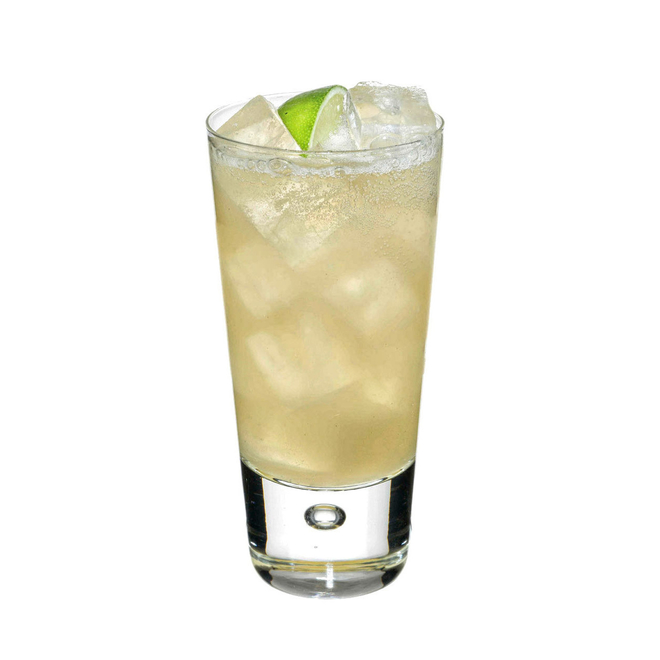 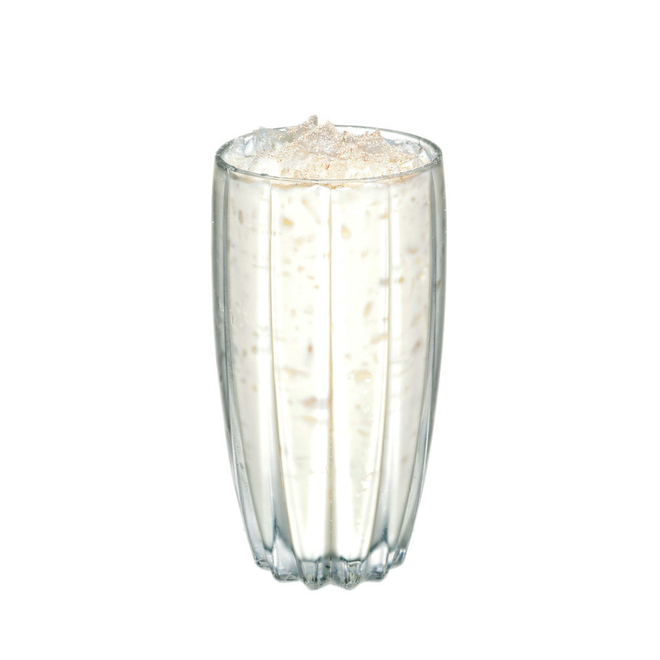 The cream, vanilla and sugar tame the cognac and rum.