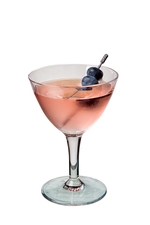 "Hei! Tänään on Suomen kielen päivä, aika juhlistaa mahtavia kirjaimia J ja K, sekä lisätä pisteitä mahdollisimman monen vokaalin päälle." Or, as we say in English, "Hello! Today is Finnish Language Day, a time to celebrate the wonderful letters J and K, and to add dots to as many vowels as possible."

We have a bishop named Mikael Agricola to thank for the Finnish language. The first person to write the language down, he died on this day in 1557.

It's also the anniversary of Mae West's arrest

A generation before Madonna was even born, the actress Mae West was scandalizing the world with Sex. Not a book, in this case, but a play.

Written and produced by the star, Sex dealt with the life and times of a prostitute - a fairly racy topic even now, and extremely bold in 1927. This brave decision saw West arrested and imprisoned for eight days, throughout which time she ensured regular deliveries of clean silk underwear. It also meant that a second play, dealing with the even more taboo subject of homosexuality, never made it to the stage.

In honour of a woman who coined the immortal lines "Between two evils, I always choose the one I never tried," and "I generally avoid temptation unless I can't resist it," we recommend you join us in a Devil's Horn or even a Tartini.

It's the anniversary of the fall of Saddam's statue

Barely three weeks after Western forces started bombing Iraq, millions of folk around the world observed the huge success of Operation Iraqi Freedom, as ordinary Iraqis gathered spontaneously to pull down a giant statue of the dictator Saddam Hussein.

Hussein himself wouldn't be captured until December 2003, but the statue was a sign of things to come. And, handily, cameramen and photographers were there to capture every iconic second of it as tens of thousands of Iraqis surged towards the statue...

Well, not exactly. There were barely a few hundred Iraqis in Firdos Square, and none of them seemed particularly keen on toppling the statue, until US troops provided not only a sledgehammer but a crane, and TV crews some cameras to play up to.

We are marking the occasion, one of the more deceptive visual moments of this century, with a Fancy Free, and the hope that Iraq one day really will be free.