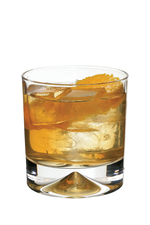 Today is Fashion Day. Not to be confused with World Fashion Day which falls on August 21st, Fashion Day is an occasion to celebrate and express individual uniqueness and style through the medium of clothing.

Since its inception in 2016, fashion lovers have come together on this date to showcase their sense of style and assert their own take on the concept of fashion without fear of criticism. It's a celebration of everyday fashion rather than 'high fashion' with some viewing it as a public rebellion against fashion trends and the global fashion houses that set them.

So why not dive into the world of fashion with us, put on your most stylish attire and celebrate with a cocktail that never goes out of fashion - an Old Fashioned.

It's the birthday of Tom Hanks, star of a magnificent portfolio of movies including Forrest Gump, Saving Private Ryan, Cast Away and the Toy Story series.

In 2014, one newspaper recorded Hanks as the highest-grossing actor in film history. His acting career began at school and has continued on an ever-ascending path from then on, and he made living history when Asteroid 12818 Tomhanks was named after him.

Tonight, we'll be watching one of our favourite movies, Forrest Gump, with a Roadrunner in one hand and a table-tennis bat in the other.

It's the anniversary of the biggest wave ever

On this day in 1958, the biggest wave ever known swept through an Alaskan fjord, Lituja Bay and, amazingly, some eyewitnesses survived.

At over 500m in height, the wave was a megatsunami, taking out trees high up the mountains on either side of the bay, so much so that it turned "black - totally black from the soil and the trees".

The cause? An 8.3 magnitude earthquake dumped 30 million cubic metres of rock and ice into the narrow bay. Some predict a wave of around this size will hit the United States East Coast at some point in the future when a volcano in the Canaries collapses. Folk might be wise to take the advice a fisherman anchored on the bay when that wave came roaring in gave his eight-year-old son, who was also on the boat. "He threw me a life preserver and he said, 'Son, start praying.'" Alternatively, an Alaska might work.