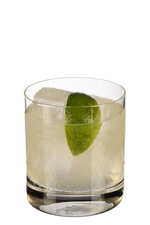 Today bars the world over will be celebrating National Daiquiri Day, and as the original, non-slushified Daiquiri is one of our very favourite cocktails, we're more than happy to join them.

While the combination of rum, lime and sugar is a very, very old one - dating back to the early days of the British Navy and most likely before - most credit mining engineer Jennings Cox with the creation of the Daiquiri, perhaps naming it at the Venus Hotel in Santiago de Cuba. Yet the true master of the Daiquiri was, of course, a Catalonian-Cuban - Constantino Ribailagua Vert of Havana's Floridita. So, we're marking today with our take on Constante's concoction, the Daiquiri No.3 which pre-dates his better-known Hemingway Daiquiri.

If that puts you in a Daiquiri mood, perhaps try Difford's classic Daiquiri recipe, or peruse dozens more recipes and read about this enduring cocktail's full story in our expansive dedicated Daiquiri area.

Britain has an unjustified reputation for being cold, wet and rainy. But on this day back in 2022 it was hot, very hot. Indeed, it was the hottest day ever.

The record temperature of 40.3˚C was recorded at Coningsby in Lincolnshire beating the previous record of 38.7˚C recorded at the Cambridge University Botanic Garden on 25th July 2019.

These surpass previous records from the 2003 heatwave, which saw temperatures of 38.1˚C (100.6˚F) in Gravesend, Kent and 38.5˚C (101.3˚F) in nearby Brogdale on 10th August - which had been the highest since records began back in 1875. The summer of 2003 was particularly hot across Europe with record temperatures also recorded in France, Portugal and Switzerland.

Thing is Britain is clement - never that hot or particularly cold, or even that wet, especially in the south of England. Due to the lack of extremes in temperature we Brits aren't generally well prepared for snow or heat - neither the infrastructure nor our homes. Consequently, in that blazing summer of 2022 speed restrictions had to be introduced on the trains to prevent rails from buckling, meaning that sweltering commuters had to endure delays of up to an hour without aircon.