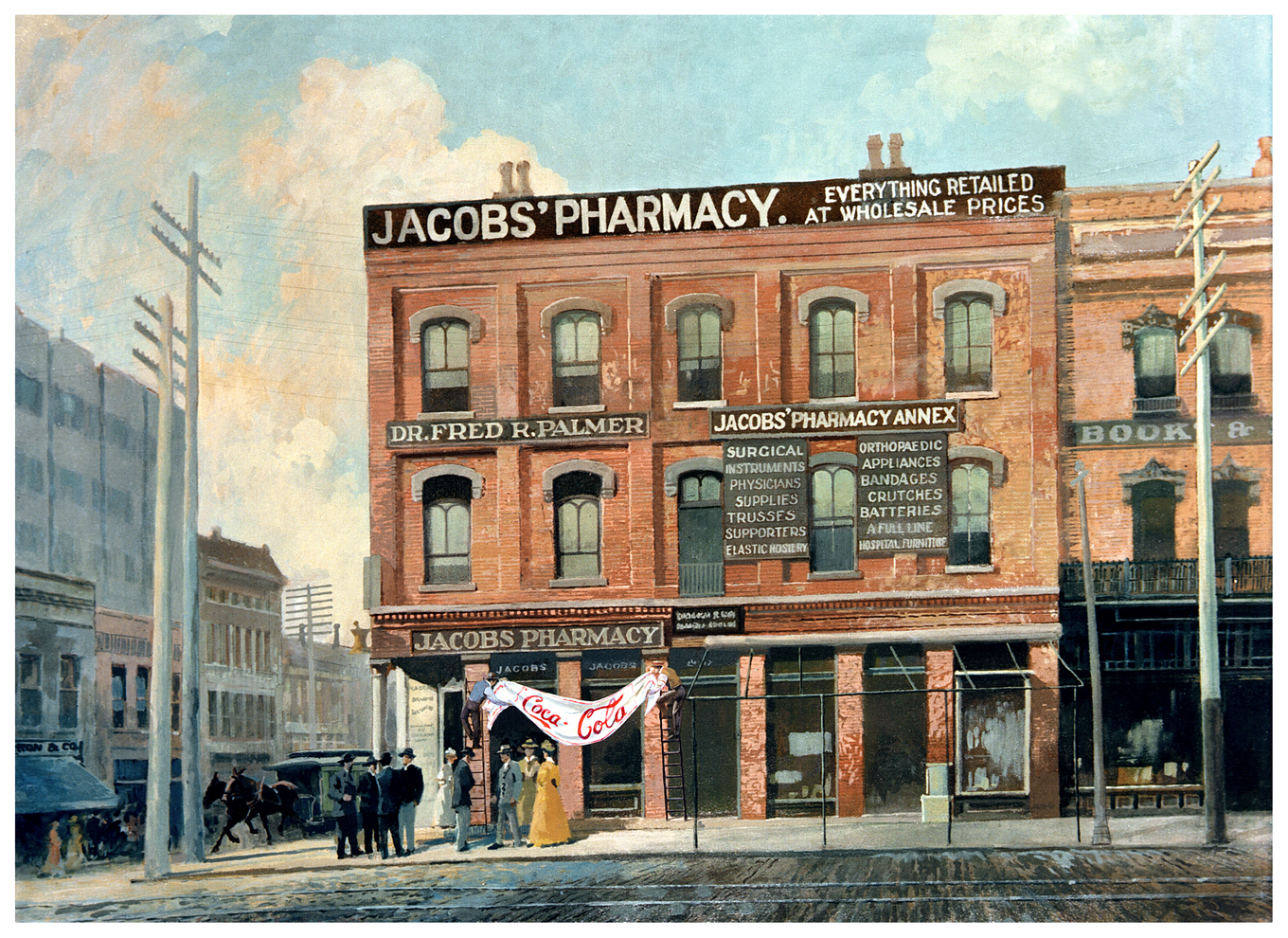 The story of Coca-Cola, and indeed the world's carbonated soft drinks industry, starts with the 18th-19th century trend for the wealthy to visit spa towns in the belief that the naturally effervescent waters of towns such as Selters, Pyrmont, Spa and Rochelle would relieve their digestive problems and other ills. A belief shared and largely promoted by doctors at the time.

Joseph Priestly, an aptly named English clergyman and scientist first succeeded with artificially impregnating water with what he called "fixed air" in 1767, initially using carbon dioxide collected from vats of fermenting beer. But it was Jacob Schweppe, a Swiss jeweller who perfected apparatus capable of commercially carbonating mineralised water to make his "Medicated Water". These bottled carbonated medicated waters were sold in pharmacy stores and by the mid-1790s the term soda water came into popular use, first appearing in a Schweppe’s advertisement in 1798.

A French immigrant, Eugene Roussel, first added flavours to soda water at his Philadelphia perfume shop in 1839 and quickly pharmacies across America started serving flavoured sodas from their soda fountains with flavours such as orange, lemon and cherry. These soda fountains became the bars of their days acting as a gathering place for folk to be sociable. The ‘bartenders’ were known as “soda jerks”.

The soda fountain was a uniquely American phenomenon, particularly popular in hot southern towns such as Atlanta, Georgia, the home of Coca-Cola. Through the 1870s and 1880s these soda fountains became ever more ornate as drugstores sought to outdo local competitors with many offering over 300 flavour combinations. However, these flavours were mostly recognisable, simple and fruit-based. Coca-Cola was one of the first sophisticated proprietary flavours.

Coca-Cola was created 8th May 1886 by John S. Pemberton and first served at Jacob’s Pharmacy soda fountain in downtown Atlanta.

Pemberton was a doctor and pharmacist who’d spent his life creating medicines and sought to invent combined functional medicine and tasty beverages. In the late 1860s he created proprietary products including Globe Flower Cough Syrup and “blood purifier” called Extract of Stillingia. More followed in the 1880s such as Indian Queen Hair Dye, Triplex Liver Pills and Lemon & Orange Elixir.

Around this time, other doctors and pharmacists were experimenting with coca. The famous Viennese doctor, Sigmund Freud was so enamoured with coca that in 1884 he wrote Über Coca (About Coca), “a song of praise to this magical substance. Cocaine, the principle alkaloid in coca was isolated the following year. Manufacturers produced coca tablets, ointments, powders and even coca-leaf cigarettes. Coca-Bola, a coca product similar to chewing tobacco was heavily promoted in 1885.

One of the many coca tonics was a very successful Bordeaux wine infused with coca leaf called Vin Mariani created by Angelo Mariani in 1863. Pemberton’s French Wine Coca, a direct copy, was first advertised the following year and in an 1885 interview Pemberton modestly professed, “I believe that I am now producing a better preparation than that of Mariani.” Pemberton advertised that his wine contains “the medical virtues of the Erythroxylon Coca plant of Peru, South America – the African Cola Nuts – true Damiana, with pure Grape Wine.”

The inclusion of kola nuts alongside coca leaf was a natural addition for Pemberton as they too, due to their alkaloid caffeine, were a new found wonder drug at the time. “Like Coca, Kola enables its partakers to undergo long fast and fatigue” an article reported in 1884.

Pemberton’s French Wine Coca was a great success but the temperance movement led to a ban on liquor sales in Atlanta being enacted on 25th November 1885 to come into effect on 1st July 1886. Pemberton acted fast to remove the wine and reformulate his drink during the winter of 1885. He added sugar to counter the bitterness and then citric acid to balance the sugar. The coca leaf and cola nut remained core ingredients in his “temperance drink”.

Frank Robinson, one of Pemberton’s partners came up with the name Coca-Cola for the new temperance drink and penned the instantly recognisable Spencerian script logo. The first advertisement for Coca-Cola that ran in the Atlanta Journal on 29th May 1886 claimed: ”Coca-Cola. Delicious! Refreshing! Exhilarating! Invigorating! The new popular soda fountain drink containing the properties of the wonderful Coca plant and the famous Cola nut”.

On the 6th June 1887, Pemberton applied for a trademark with the U.S. patent Office which was granted on 28th June that year. registered his “Coca-Cola Syrup and Extract” label as a copyright. Pemberton was a brilliant inventor, but he was not a great businessman and by 1888, Asa Candler, the man who would build Coca-Cola to be an international brand began to acquire control of both the formula and patents from John Pemberton and his partners. A process he completed in 1892 with the incorporation of The Coca-Cola Company as a Georgia Corporation.

Rumours of Coca-Cola’s cocaine content started to haunt the brand in the early 1890s, which along with a need to distinguish Coca-Cola from other products that had been made to Pemberton’s original recipe, led Candler to modify his formula. This was the start of Coca-Cola's famously secret formula.

By 1895 Candler declares in his annual report that Coca-Cola is sold and drunk in every state and territory in the United States. The rapid growth of Coca-Cola during this period results in the first building erected for the sole purpose of housing The Coca-Cola Company being built in 1898. The company quickly outgrows this and moves to larger premises five times over the following 12 years. By 1904, annual sales of Coca-Cola reach 1 million-gallons (3,785,411 litres equivalent to 420,601 cases of 12x75cl)

Diet Coke was introduced in 1982 and with its launch came an extension of the trademarks Coca‑Cola and Coke. The introduction of this new product went to the heads of the folk in the product development department who sought to also improve the original product. So, three years later, in 1985 a new formula dubbed “New Coke” was launched. This caused such an outrage among loyal consumers that just 79 days later the original formula, renamed “Coca‑Cola Classic” was returning to the market. Vanilla Coke followed in 2002 and then Diet Coke with Lime in 2004. If that were not diet enough, Coca‑Cola Zero, a zero-calorie cola debuted in 2005. 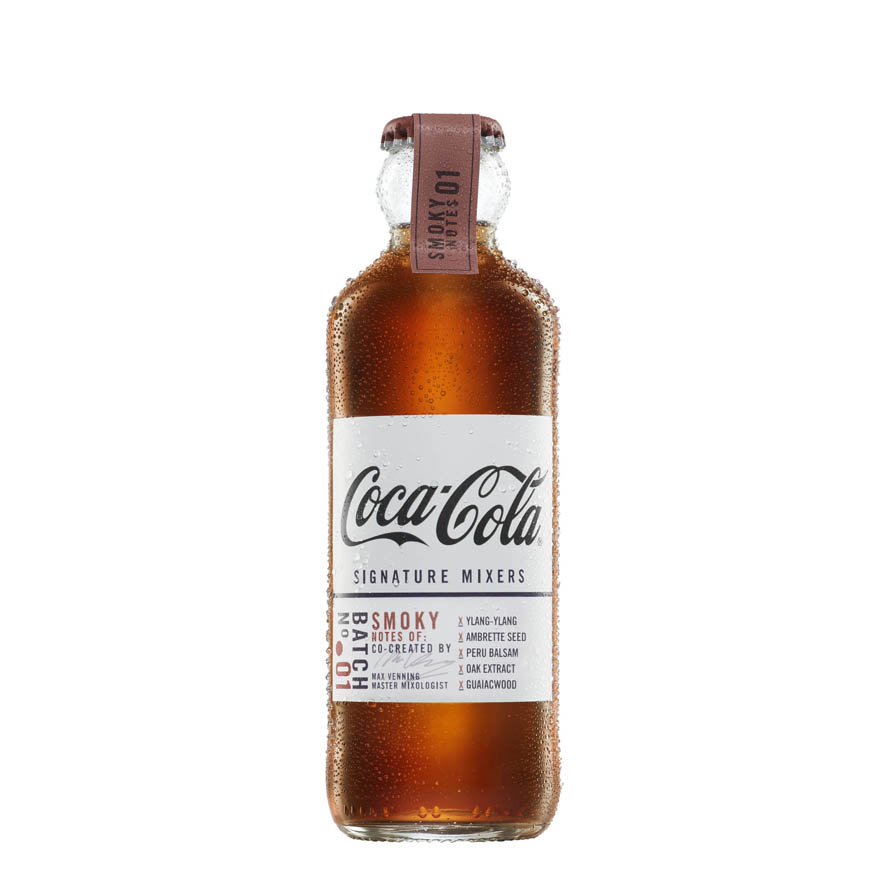 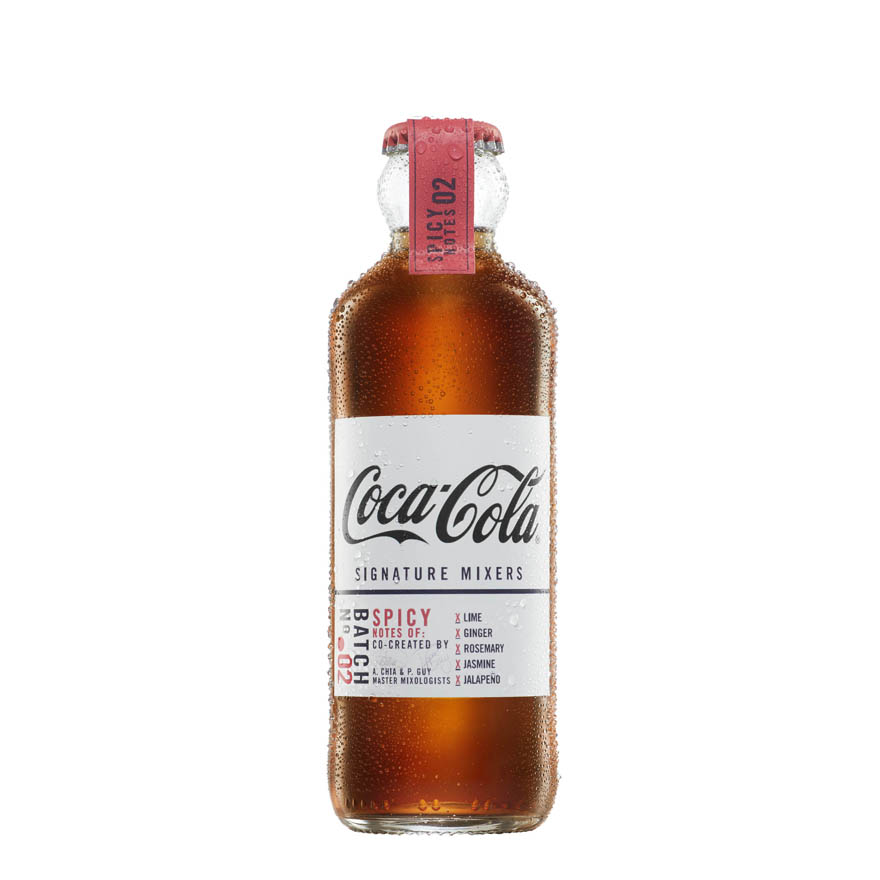 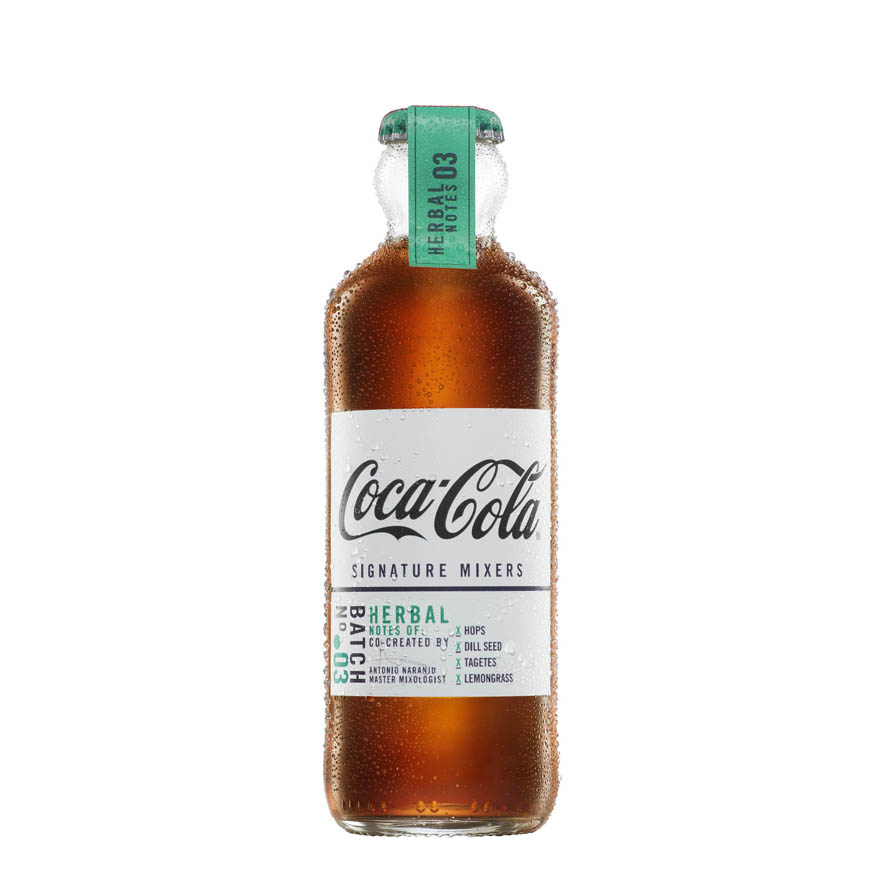 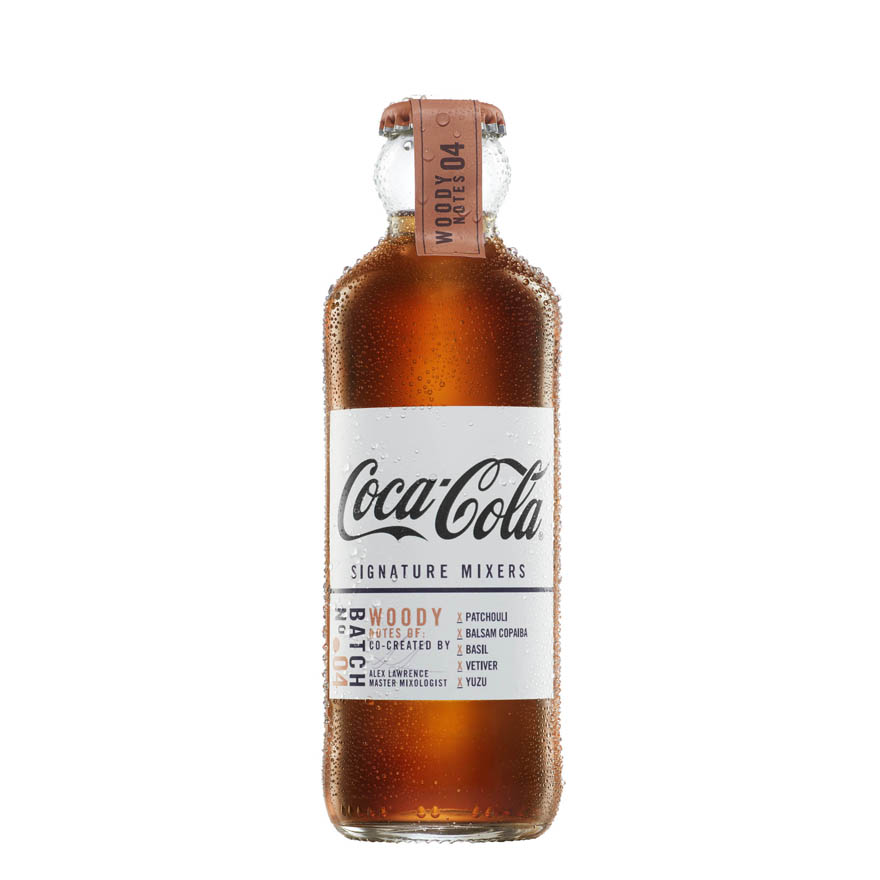