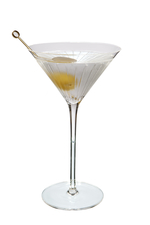 "A pinch and a punch for the first of the month!" Today is the day for hoaxes, when the world's newspapers sneak fake tales into their August pages and small children prank one another until noon.

We are celebrating these, our own Hamburger Gin, Salt & Vinegar Gin and other tomfoolery with an Apple Fool cocktail.

In Blighty and other parts of the Northern Hemisphere it's common to experience showers, often heavy downpours, during April. These showers are often caused by the jet stream moving northwards during early spring so allowing depressions to bring blustery winds and heavy rain from the Atlantic.

The proverb "March winds and April showers bring forth May flowers," is much used in English speaking countries and may date back to a 1610 poem.

The term's popularity was bolstered by Al Jolson's rendition of the April Showers song in the 1921 Broadway musical Bombo. Other artists to perform the song include the British comedians Morecambe and Wise. During their performance, a light sprinkling of water fell gently on straight man Ernie Wise while buckets of water were thrown over Eric Morecambe.

We're hoping for a sunny month ahead but preparing for the worse with an April Shower cocktail.