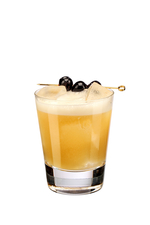 "National Amaretto Day" originated in the USA where it is celebrated annually on the 19th of April, and like so many things born in America, the day has been adopted by folk like us in other countries - any excuse to drink amaretto. Why today was deemed the appropriate date is unknown - well at least by us.

No matter, we'll be mixing up Amaretto Sours with an added splash of bourbon according to Jeffrey Morgenthaler's recipe. Being that it's Amaretto Day, it seems appropriate to mix up more than one amaretto cocktail so we've compiled our selection of 20 best amaretto cocktails.

This is the day Moore's Law was formulated

On this day in 1965, an engineer named Gordon Moore formulated the first draft of his famous theory, that computing power would double every year.

And, with even the humblest, most entry-level PAYG mobile now containing more processing power than the average mainframe at the time, it's clear that Moore was on the nail. Even if he did have to revise his prediction a little bit, arguing instead that processing power would double every two years. This is because circuits are getting smaller and smaller, enabling more and more to be fitted onto a chip.

One day, however, as Moore himself recognised, his law will reach its limit, when we reach the point at which circuits can physically get no smaller. Already, devices are measured in nanometers, or millionths of a millimetre, and some circuits are not many nanometres wide at all. A theoretical physicist pointed out that a transistor couldn't be narrower than an atom - but so far Moore's Law continues to hold. Which means not only our laptops but our phones, our iPads and even our home entry systems will be getting smarter and smarter.

In honour of one law that shouldn't be scoffed at, we're drinking a Scofflaw

Today is National Garlic Day, a chance to pay homage to the vampire-terrorising, Black Death-beating bulb without which no Mediterranean meal would be complete.

Leaving aside what it does for your breath, garlic is magical stuff. The Ancient Egyptians fed it to workers to give them strength; it was used as a medicine in ancient India and China, as well as in medieval and Renaissance Europe; and, of course, it's well known to combat all forms of evil.

Studies also suggest garlic can be genuinely good for your health - and the stinkier the better, since the active ingredient is also the one that makes it pungent. Some possible benefits? Lower blood pressure, reduced risk of certain cancers - and, though the jury's still out on cholesterol, it seems like garlic gel can help with athlete's foot.

In lieu of a garlic martini, we're toasting today with an onion one - the Gibson, a classic Martini served with a pickled onion.

For many centuries, Belgium was not a country - it either was a part of an empire or was split into smaller, competing states. On this day in 1839, when European powers signed the Treaty of London, it formally moved from being part of the United Kingdom of the Netherlands to nationhood, under the name the Kingdom of Belgium.

Today, this little country, with a population of just 11 million, punches well above its weight in beer. Enjoy a Belgian beer in true Belgian style today as a Kopstoot, accompanied by a shot of local genever.