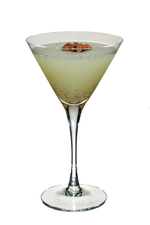 More properly, the 'International Day for Monuments and Sites' but better known as 'World Heritage Day', the 18 April is a day to celebrate exceptional cultural sites designated World Heritage Sites.

There are over 1,100 such sites around the world and these include the Egyptian pyramids, Italy's city of Venice, India's Taj Mahal, Peru's Machu Picchu, America's Statue of Liberty and England's Stonehenge. Sadly dozens of these are considered to be "in danger."

We're celebrating the great wonders of the world with an aptly named The Heritage, or you may prefer a L'Heritage.

If you thought the TV series Game of Thrones seemed a little over the top, or perhaps even unrealistically grim, allow us to introduce you to possibly the ultimate Renaissance femme fatale, Lucrezia Borgia.

Besides being the most notorious woman of her era, Lucrezia was a famous patron of the arts. Remember her with an Italian classic, the refreshing Aperol Spritz.

Today's also the anniversary of the San Francisco Earthquake

Due to its location on the San Andreas fault, San Francisco is not exactly a model of town planning. And, were it not for the Gold Rush, this perfect harbour might well have remained a small, largely Spanish speaking settlement.

But San Francisco grew. And at 5:12 am on this day in 1906, the San Andreas made its presence felt, in the form of an earthquake that probably registered 8 on the Richter scale. San Francisco crumbled, its glorious buildings reduced to dust.

City authorities concealed the scale of the disaster, so even today the death toll is not known, but it ran into the thousands across the coast, and the fire that followed it, one of the last great fires to hit San Francisco, left the city in rubble.

A loss for civilisation - definitely. Yet we love San Francisco the way it is today, and so are indulging in a Pyramid Punch, a cocktail inspired by this great city.