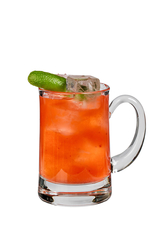 Here at Difford's Guide we're huge fans of beer cans – indeed we prefer cans to bottles. So we're happy to support this marketing gimmick of a day from the US of A.

For on this day in 1935 the Gottfried Krueger Brewery in Richmond, Virginia, marketed the first canned beer, after almost three decades of solid experimentation to produce a can that would stand the pressure of carbonation. Cans were light, cheap and easy, even the early versions, made of heavy steel which had to be punched open: aluminium cans didn't arrive until 1958, and widgets took a further three decades.

Love 'em or loathe 'em, beer cans have certainly made life easier. They also stack easily allowing more beer to be crammed into the refrigerator where they chill down quicker than bottles. Cans protect light-sensitive beer from sunlight and even fluorescent beer fridge lighting and can be considered as micro-kegs.

So if you're popping by your local liquor store later today, do pick up a can of pilsner and join us in a rather excellent The Reality Check or perhaps a Peroni Negroni.

It's the anniversary of Churchill's death

Great war leader, cigar smoker, tactician, politician, historian and, frankly, something of a caner too, you have to admire the style of a man who not infrequently directed the greatest war in history from, umm, his bath. With a glass of champagne in hand.

A fan of Johnnie Walker, martinis, champagne, fine wines and cognac, Churchill was not shy about showing up in Parliament a little merry. In fact, when Mrs Astor rebuked him for drunkenness, he shot back, "Yes, Madam. But you are ugly and in the morning I shall be sober."

Churchill's tastes for martinis changed a little once French vermouth became scarce during the darkest days of World War II. According to legend, the great man enjoyed his martinis entirely naked - simply bowing in the direction of France while mixing up his gin and ice. The great man also said "I would like to observe the vermouth from across the room while I drink my martini." Or did he?.

We are, naturally, raising a Naked Martini to this true British legend. For best Churchillian style, enjoy in the bath while smoking a cigar.

... comment(s) for Beer Can Appreciation Day