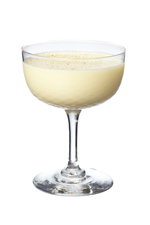 For no particular reason we know of, today has been declared "Brandy Alexander Day". Hoorah!

Then we remembered that the Brandy Alexander was John Lennon's favourite drink, so there must be something notable about the Beatles which occurred on 31st January? Sadly, not that we can find. However, yesterday was the anniversary of the band's last gig.

No matter, it's such a tasty drink we don't need a legitimate reason to drink a Brandy Alexander today, so we'll be mixing a couple up and enjoying them while listening to the Beatles song Yesterday. Incidentally, you may want to read about the drinks earlier incarnation, the Alexander cocktail.

Following a turbulent 47-year association, large crowds gathered to mark Brexit (British exit) in London's Trafalgar and Parliament Squares on 31 January 2020, with some cheering "Freedom!". Elsewhere, others lamented the breakup.

Britain saw 17.4 million people vote for Brexit in June 2016, resulting in a split nation with 52% voting leave against a 48% vote to remain. Breakups are never easy but the procrastinated Brexit negotiations led to Prime Minister Teresa May's resignation and the leadership change of both the UK government and Conservative party by Boris Johnson.

As the Union Jack was lowered outside the European Parliament the UK became the first member state to leave the European Union. Depending on your view as to whether Brexit was a good or bad thing for either the UK or the rest of Europe, you may want to celebrate or console yourself with either a Fancy Free or a Noble Europe.

That's right, today is also National Backward Day. A day to, well, do things backwards. Whether that's taking part in a Backward Run (yes, they do exist), eating dessert before your main course or saying "bye" when you answer the phone, this is the day to confuse other people by doing things the wrong way round.

In addition to the Reversed Vesper & Tonic may we also suggest a Reverse Martini as fitting cocktails for this slightly odd National Day. !sreehC

Formerly known as Pleasant Island, Nauru is a 21 square kilometre country in the South Pacific, and is the second smallest state by population in the world - the Vatican City is the smallest.

First inhabited by Micronesian and Polynesian people at least 3,000 years ago, Nauru gained its independence from a United Nations Trusteeship this day in 1968. The 12-pointed star on the country's flag represents the 12 clans or tribes of the island, and ancestry here is traced through the maternal line.

So today, why not mix a South Pacific Breeze, close your eyes and try and imagine you're lazing under a palm tree on a sandy Nauru beach.