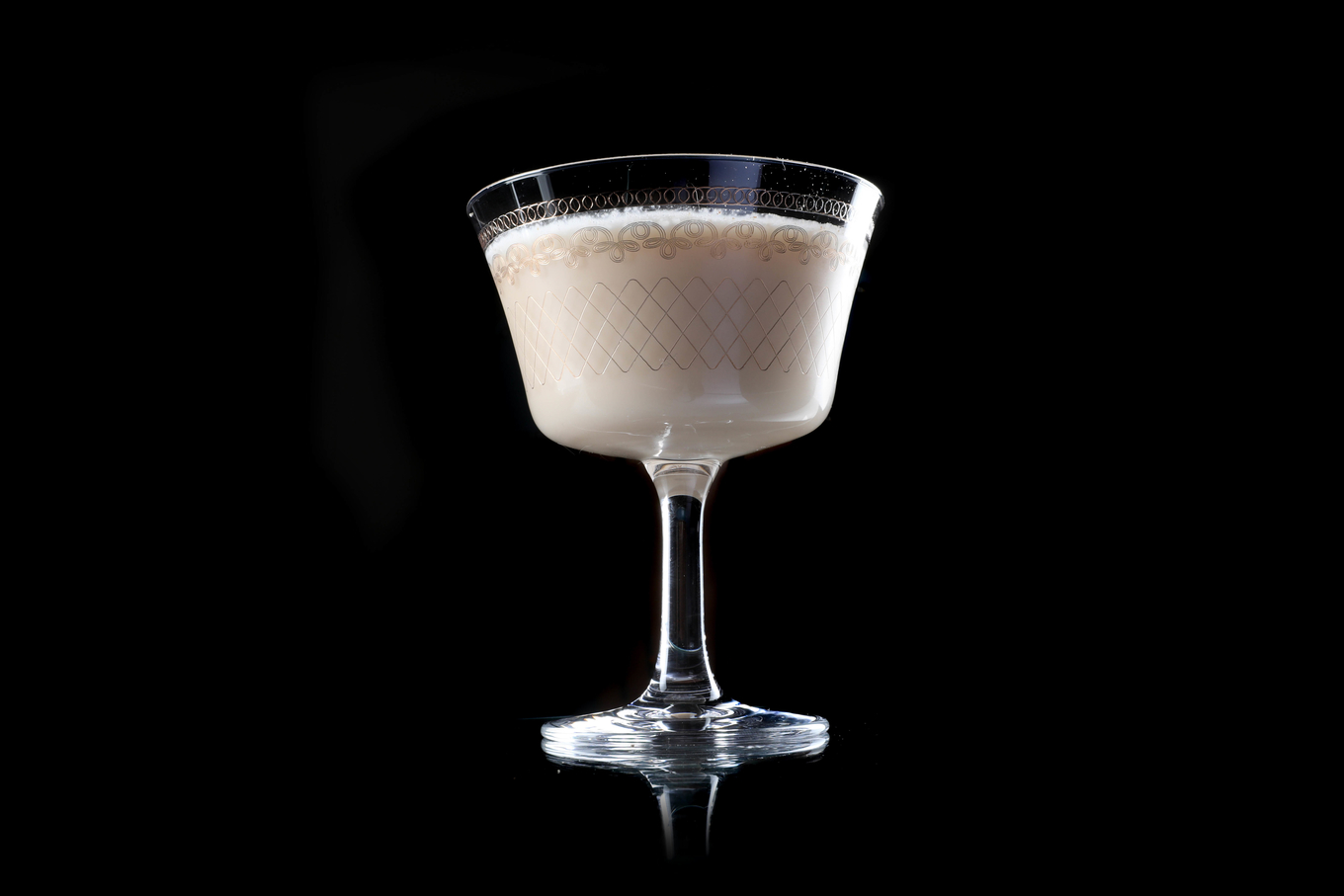 The original Alexander cocktail consisted of equal parts gin, crème de cacao liqueur and cream. Over time, other spirits were substituted for the gin – brandy being most popular. The formula has also gradually become boozier with modern recipes usually calling for one-and-a-half times as much base spirit. Other liqueurs in place of crème de cacao are also used in modern Alexander riffs.

In his 1937 Famous New Orleans Drinks and How to Mix 'em, Stanley Clisby Arthur writes, "Smooth as cream, delicate as dew, and easily prepared is the Alexander. Some who mix this particular cocktail do not use the white of egg. A mistake, for the albumen gives a froth and an added smoothness which makes this cocktail different. Like all drinks in which egg white is used vigorous shaking is required. Give the Alexander all you've got in elbow grease to make it live up to its reputation - for it is truly Alexander the Great among drinks in its class."

"Remember that one egg white will do, whether you are mixing for two or a dozen guests. Be strenuous in your shaking whenever there is white of egg or cream in a mixture. Shake, brother, shake, and then some more for good measure."

If adding egg - something that I advocate - then it is certainly important to achieve an emulsion so generating the desired smooth mouthfeel and frothy head, and like Stanley Clisby Arthur, I'd advocate shaking hard but I also recommend you use the dry shake technique and less elbow grease. When he says "one egg white will do for two or a dozen guests" he is right in as much as too much egg white is a bad thing and a third of the white of a medium-sized egg is more than enough. 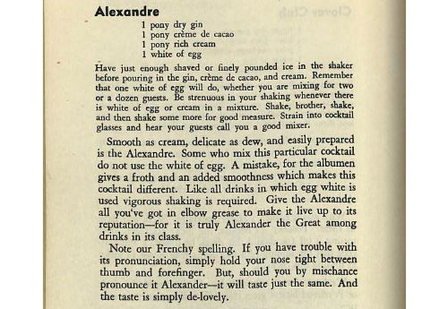 Famous New Orleans Drinks and How to Mix 'em

The original Alexander, equal parts gin, crème de cacao and cream, is thought to have originated in the 20th century, certainly before 1915, evidenced by an equal parts recipe appearing in Hugo Ensslin's 1916 Recipes for Mixed Drinks.

Historian, Barry Popik's website lists several plausible origins for this drink. The first being a cutting from page 11 of the news section of the 3rd October 1915 Philadelphia (PA) Inquirer. "The head bartender has even gone so far as to invent an Alexander cocktail, which he is reserving to be served during the World Series." This referred to The Racquet Club and the 1915 World Series which was won by Boston beating Philadelphia. The bartender created the drink in honour of Philadelphia pitcher Grover Cleveland Alexander (1887-1950). 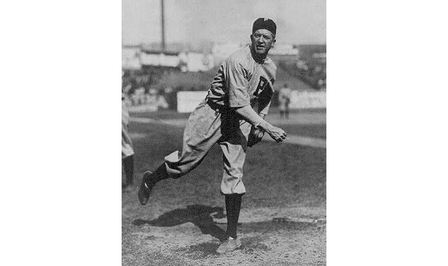 Alternatively, a 21st March 1929 newspaper column by New York columnist Walter Winchell links the origin of the Alexander cocktail to Troy Alexander, a bartender at a New York pre-Prohibition lobster restaurant called Rector's and claims that Troy created his eponymously named cocktail for a dinner celebrating a successful advertising campaign.

The advertisement depicted Phoebe Snow, a fictitious railway traveller, wearing a snow-white dress featured in an advertising campaign for the Delaware, Lackawanna and Western Railroad (DL&W) to promote the company's use of clean-burning anthracite to fuel its locomotives.

Coal-fuelled trains frequently covered travellers with black soot but DL&W owned vast anthracite mines in Pennsylvania so could legitimately claim that their passengers' clothes would arrive clean after a long journey. The first advertisement depicted an image of Phoebe Snow, supposedly a young New York socialite who frequently travelled to Buffalo, New York wearing a white dress and featured a short poem:

The popular advertisements first appeared at the turn of the 20th century and ran for nearly 70 years. Phoebe became one of America's most recognized advertising mascots. The Alexander became a Prohibition favourite as the cream and nutmeg garnish helped disguise the rough taste of homemade 'bathtub' gin. 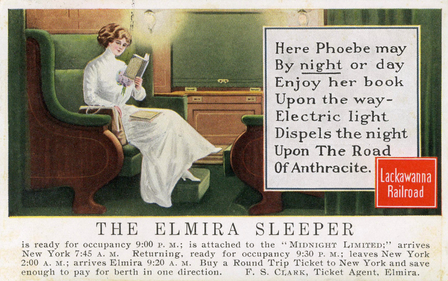 Tellingly in his 1946 The Roving Bartender, Bill Kelly writes under his recipe for a Brandy Alexander, "P.S. The boys during prohibition used gin."

The Roving Bartender Two Hemisphere Drinks For Home and Bar

The inevitable arrival of the brandy-based Alexander may have been impeded by Prohibition, but it quickly went on to dominate. I wonder if the present reawakened interest in gin will once again see the original gin-based Alexander re-emerge?