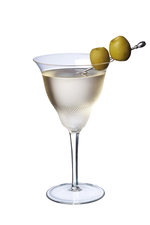 Roosevelt was the 32nd U.S. President, and the leader of America during the Second World War. He was a strapping athlete in his youth, but at the age of 39 he got a paralytic illness and was confined to a wheelchair for the rest of his life.

His wife, Eleanor, famously referred to sex as "an ordeal to be endured," though her and Franklin managed to produce six children regardless!

Researching Franklin's favourite drinks, it seems he liked brandy, and martini, and scotch...a man who couldn't whittle down his drinks list to a single favourite!

Charles I was beheaded this day

The last regal walk of Charles I was in London, from St James's Palace to the Banqueting House and thence out of an upstairs window onto a scaffold.

It was bitterly cold that January day in 1649 and Charles had asked his valet for extra underclothes, as he was concerned that the crowd would interpret any shivering as a sign of fear. Charles had stammered all his life but this affliction left him in his last days, and both his bearing at the trial and his conduct on the scaffold was to transform him from an impossible king into a royal martyr. His last meal was a piece of dry bread and a cup of claret. Who knows, had his chaplain, Dr Juxon, known of our Claret Cobbler, he might have insisted on its warming attributes.

The 30th of January is also Croissant Day

This flaky, buttery pastry, enjoyed by so many around the world for breakfast was created in either Vienna or Budapest, around 1683 - 1686, during the time when the cities were under siege from the Turks. Late one night, some bakers heard noises rumbling underground. It turned out that the Turks were attempting to invade the city by tunnelling. The tunnels were blown up, the city was saved and the bakers could carry on baking. Hurrah!

In celebration, the bakers created special pastries in the shape of a crescent moon to represent the symbol of the Ottoman Empire.

Fast forward to the modern-day croissants. How do you like yours...with butter, jam or just warm and crispy? I'm partial to almond croissants, so today we are drinking an Almond Old-Fashioned.

It's the day the Beatles played their last ever gig

On this day in 1969, crowds thronged to the implausible surroundings of Savile Row where Apple - Apple Records, not Steve Jobs' Apple - had their headquarters, to see four chaps bundled up in fur coats against the cold playing up on the roof. Filmed as the closing sequence of their biopic, Let It Be, the performance was, though none of the local office workers who flooded the local roofs to watch them knew it at the time, The Beatles' last ever gig.

After a phenomenally productive year in 1968, cracks in relationships - personal and professional were beginning to show, and one member after another would leave the band. The group released their swansong album, Abbey Road, later that year but would never perform again. Their split became permanent in 1970.

Why not bundle up against the cold today with an Apple Brandy Sour? One of our favourite sours, it is based on the much under-appreciated calvados.