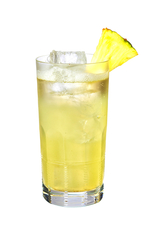 The next couple of days are huge in Peru as the nation gets two days off work to commemorate the country's liberation from the Spanish empire. On this day in 1821 General José de San Martín proclaimed Peru's independence.

This extraordinary man, Argentinian by birth, had studied in Spain, taken part in the Peninsular Wars and then returned to South America for a whirlwind liberation campaign that crossed South America and included the liberation of Chile.

In Peru, celebrations begin with cannon salutes and flag-raising ceremonies, followed by a presidential address and military parades.

Us? Well, frankly, any day is a good day for a Pisco Punch, based on the brandy named for a Peruvian town but also made in Chile. The recipe originated at the Bank Exchange in San Francisco and the story of the Pisco Punch makes a fascinating read. There are numerous versions of this delightful cocktail but we are particularly proud of our Pisco Punch recipe. And if that doesn't take your fancy we've more Peruvian Independence Day cocktails to choose from.

Today is also the fingerprints' birthday

On this day in 1858, a magistrate in India reinvented the wheel. Or, rather, the fingerprint. Fingerprints had been used as an alternative to a signature long before Roman times, when the Babylonians used them to "seal" clay documents. A civil servant in medieval Persia had noticed that prints were unique to the individual.

But it was William Herschel, a British magistrate in colonial India, who brought fingerprints back into use, by making them an alternative to the signature for documents, and attempting to use them as identification in prisons. It would take more than three decades before fingerprints came into use in criminal law.

We are toasting this Raj-era invention with an equally Raj-era classic, as popularised by Ted "Doctor Cocktail" Haigh: the East India #1.

It's also the anniversary of the start of World War I

On this day in 1914, Austria-Hungary declared war on Serbia, following the assassination of Franz Ferdinand the month before. The conflict that would become World War I had begun.

Other alliances meant that France and, likely, Britain would have to join the war too. And, with empires covering huge swathes of Asia and Africa, this would make the war a global war.

A tiny issue leading to a global war - that couldn't happen again, could it? We hope not. And so, we're marking today with one of our favourite classic cocktails, the aptly-named The Last Word.