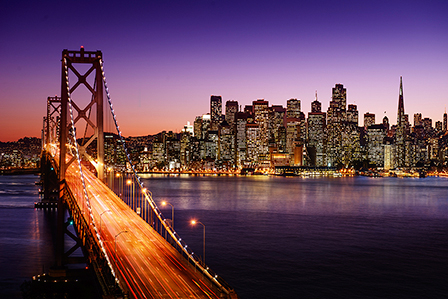 San Francisco is a relaxed, liberal, artsy sort of place and its nightlife runs the gamut from loud strip joints to downbeat lounges and upscale restaurants. Even outside the Castro, the city is extremely gay-friendly.

Although San Francisco is relaxed, as in all of California, smoking is not permitted inside bars or restaurants, or a 15-foot perimeter around them - including patios, rooftops and sidewalks.

Most restaurants, nightclubs and bars are open from 6pm until 2am and there are no casinos as gambling is illegal.

San Francisco is a site of pilgrimage for fans of Tiki culture as it was here, or rather just across the bay in Oakland, that Victor Jules Bergeron launched the first Trader Vic's back in 1934. His influence is still felt and there are perhaps more Tiki bars per head in this part of California than anywhere else in the world. The most notable being San Francisco's Smuggler's Cove.

Benjamin & Cooper 4/5
398 Geary Street (btwen Mason & Powell Sts), Union Square
A somewhat hidden door on the junction of Mason and Powell reveals the staircase up to Benjamin & Cooper. Once upstairs you'll find a room dominated by the central bar with bare concrete ceilings and pillars working well against parchment wallpaper and a dark wooden floor. Spindly barstools around the bar and against the wall outnumber the hand-full of chairs facing low tables. It's hardly plush but you'll find a warm welcome and good cocktails. 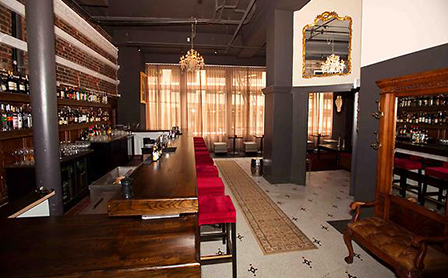 Cantina 4/5
580 Sutter Street (btwn Mason & Powell Sts)
Duggan-McDonnell's "Latin abode, Art Salon and Culinary Cocktail lounge". Duggan is the importer of Encanto Pisco and you'll find this plus a good selection of other piscos in this down-to-earth good time bar. 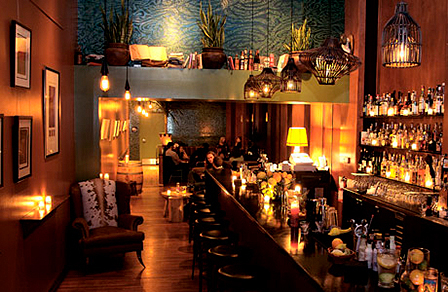 Comstock Saloon 5/5
155 Columbus Avenue (at Pacific)
One side of Comstock is a saloon with booths while the other lighter with prime seating. Both sides have a vintage feel and classically styled cocktails. The atmosphere is mellow and the bar snacks excellent.

Pagan Idol
375 Bush Street (btwn Belden Pl & Trinity Pl), Financial District
Enter into what resembles the inside of the upturned hull of a ship with wooden planks lining the walls. Climb the steps at the back, over the glowing red light skulls, to an out and out tiki room with a second bar with a tiki God watching over all. Great tasting rum laced tiki-style drinks flow from both bars. 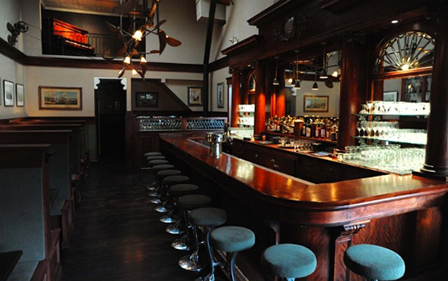 Prospect 4.5/5
300 Spear Street (at Folsom St)
Prospect's light, loft-like space makes a feature of twenty-first century minimalism. There's a lot of seating round the large bar, but it fills up quickly. If you want to eat (and we strongly recommend that you do) then book a table in the restaurant well in advance.

Rickhouse 4.5/5
246 Kearny Street (btwn Sutter & Bush Sts)
Styled as an old-school saloon, Rickhouse pays homage to spirits - in particular whisky and bourbon (a 'Rick House' is where bourbon is aged). Rickhouse is also noted for its punches and cocktails. 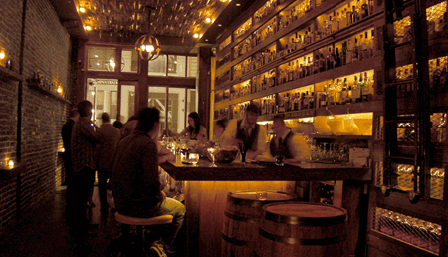 Tosca Café 4.5/5
242 Columbus Avenue (btwn Broadway & Pacific Ave)
This authentic 40s bar is one of the city's oldest venues with a print of Venice's Grand Canal and paintings depicting scenes from the eponymous opera look over an authentically elderly bar. Cocktails are well-made but the reason to come here is to experience the charm of a truly vintage bar. 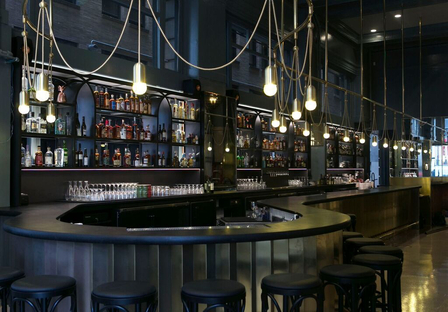 The Treasury, photo by Tory Putnam

The Treasury 5/5
200 Bush Street (btwn Sansome St & Treasury Pl), Ste 101, Financial District
An appropriate name for a bar in the Financial District, The Treasury is indeed a treasure - brilliant food and superbly executed cocktails under the auspices of Carlos Yturria in a grand double height space.

Bar Agricole 4.5/5
355 11th Street (btwn Folsom & Harrison Sts)
Glass tubular wave-like sculptures and clever modern design transform this warehouse-like space into an acclaimed restaurant and bar. Well-crafted drinks are served with five different shapes of hand-cut ice and the food is worth booking a table to properly appreciate. 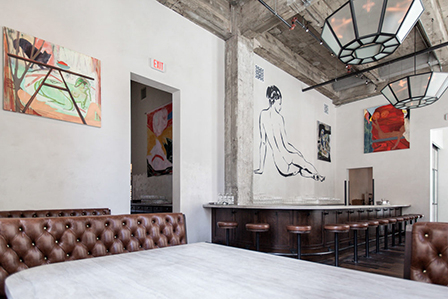 Bourbon & Branch 5/5
501 Jones Street (at O'Farrell Street)
The original San Francisco speakeasy-style lounge which has since spawned a small chain of similar establishments. However, the original remains the best. Be sure to register on the bar's website and then ring to make a reservation. 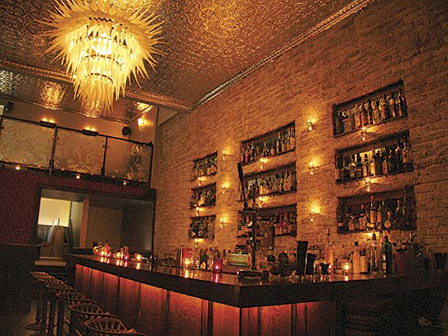 Rye 4/5
688 Geary Street (at Leavenworth St)
This stark but buzzy factory-like space offers tasty cocktails such as the Pisco Punch to folk seeking a bar with a little more energy.

Tradition 4.5/5
441 Jones Street (Btwn Ofarrell & Antonio Sts)
This speakeasy-style bar is a sister bar to Bourbon & Branch. Housed in a former newspaper building, it is dark with an almost theatrical feel. 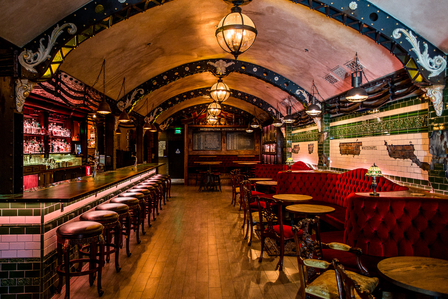 La Mar Cebicheria Peruana 4/5
This San Franciscan branch of this Peruvian restaurant chain maintains San Francisco's relationship with pisco. The Pisco Punch and Pisco Sours served here are perfect to wash down the tasty ceviches and causas. Great Bay views from the restaurant. 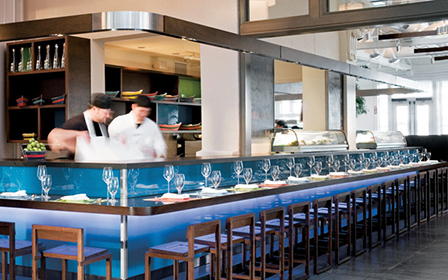 Hard Water
Pier 3, The Embarcadero
One of the best stocked whiskey bars in San Francisco, if not America, offering well-made craft cocktails.

Buena Vista Café 4/5
2765 Hyde Street (at Beach), Fisherman's Wharf
The spiritual home of the Irish Coffee, the Buena Vista should be a must experience institution on the itinerary of every visitor to San Francisco. Watch in awe at the speed which the steaming hot cocktails are turned out, each with a perfect creamy head - then pop next door to the gift shop.

Alembic 4.5/5
1725 Haight Street (btwn Cole & Shrader Sts)
A neighbourhood bar that is worth travelling to, with great cocktails and bar snacks served in a warm and inviting atmosphere. 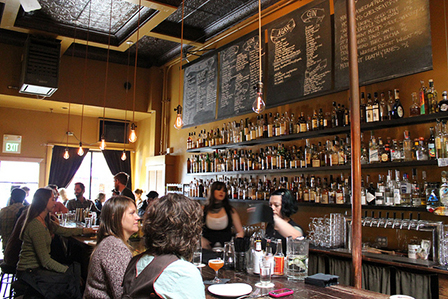 The Ice Cream Bar 4.5/5
815 Cole Street (btwn Frederick & Carl Sts)
A 1930's style ice-cream parlour and soda fountain rather than a bar but they dispense boozy milk shakes and sodas from a vintage soda bar and the ice-cream is made on site. Perhaps pop in for a dessert.

Nopa 5/5
560 Divisadero Street (corner Hayes St), Lower Haight
This large, contemporary, Mediterranean-influenced restaurant and bar welcomes non-diners with fabulous cocktails and wines. Score a seat at the long bar and you're bound to end up ordering at least starters. Great for a midnight snack.

Blackbird 4.5/5
2124 Market Street (at Church btwn 14th & 15th)
Bartender and owner Shawn Vergara has curated one of the best spirits selections in San Francisco and uses this to mix tasty libations. Art along the walls of the long narrow space give it something of an art gallery feel that's appreciated by a broad Castro audience.

Range 5/5
842 Valencia Street (btwn 19th & 20th)
This small, husband and wife run, neighbourhood restaurant is one of our favourite venues for a few cocktails and a quick bite to eat but consider booking a table - the food is worthy of time to properly appreciate.

Third Rail 4.5/5
628 20th Street (btwn 3rd & Illinois)
Minimalist gun metal grey and slate black decor with a bare wooden floor and utilitarian 70's style furnishings. Third Rail has a strong cocktail offering and a good range of tequila and whisk(e)y. And jerk jerry to chew on. 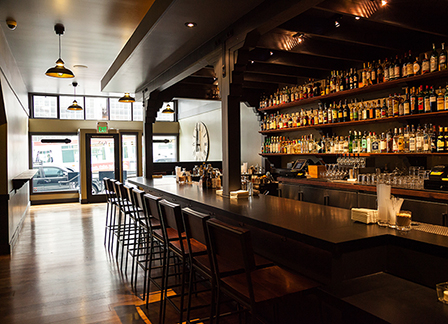 Rich Table
199 Gough Street (at Oak St)
Chefs Evan and Sarah Rich's small but perfectly formed bar and restaurant opens at 5:30 and is rammed with diners pretty much from 6pm nightly so be sure to book your space at the bar for dinner. Or if you want to come here just for a drink don't bother turning up until after 9pm. Both food and drinks are highly inventive with drinks such as the Carnegie Martini based around a pastrami sandwich. 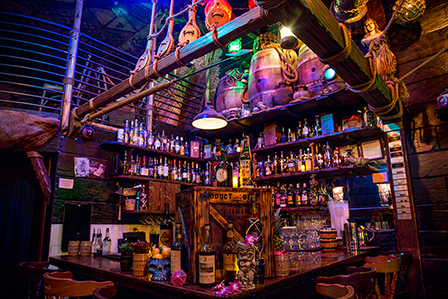 Smugglers Cove 5+/5
650 Gough Street (btwn McAllister & Fulton Sts)
Perhaps the tiki-est of all the world's tiki bars. Dreamlike wrecked pirate ship décor and a vast cocktail list. Don your Hawaiian shirts and head to one of the world's best bars for fabulous rum drinks.

The Interval 5/5
Fort Mason Center, 2 Marina Boulevard, Building A
Perhaps the most intelligent bar in San Francisco with science, free thinking and conversation something of a theme. Appropriately, the detailed and extensive bar menu is by the very clever Jennifer Colliau, also the brains behind Small Hand Foods.

Tommy's Mexican Restaurant & Bar 4/5
5929 Geary Boulevard (btwn 24th & 23rd Aves)
This authentic Mexican restaurant is the self-proclaimed "premier tequila bar on earth" and it attracts barflies from the world over to sample some of the best Margaritas. Tommy's is home to the Tommy's Margarita and its creator, the irrepressible Julio Bermejo. 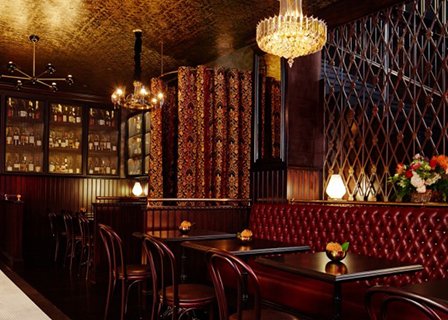 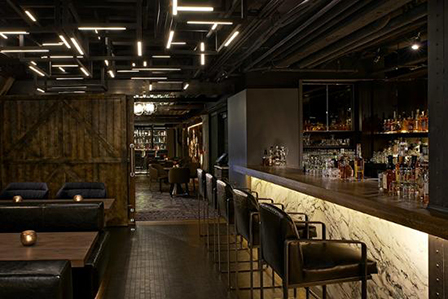 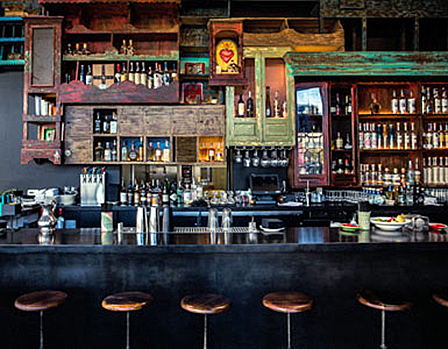 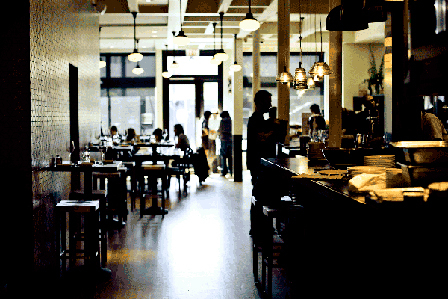 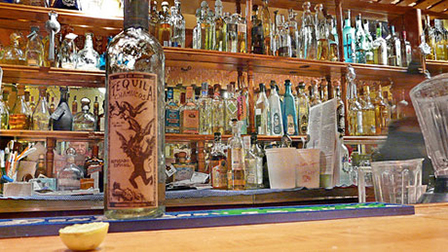 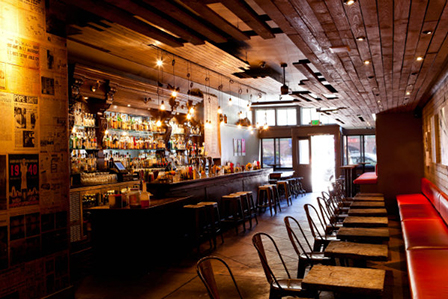 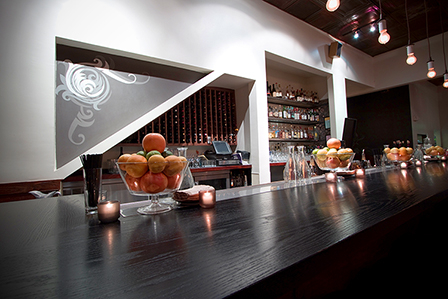