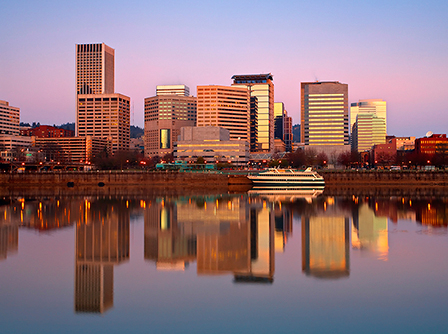 Although relatively small with a population of 600,000, Portland has a big reputation for its food and drink. Justifiably so, with a vibrant cocktail scene, some of America’s most regarded chefs and legendary street food with over 600 licensed carts. It also boasts more breweries and craft distilleries than any other city in America and has dozens of micro-coffee roasteries and cafes.

Portland is home to more than 60 breweries and the city played an important role in the microbrew revolution after state law changed to allow consumption of beer on brewery premises back in the 1980s.

Something of a breadbasket, Oregon is the largest shipper of wheat in the United States and provides Portland's brewers with an abundance of ingredients, including locally grown two-row barley, over a dozen varieties of hops and plentiful water from the Bull Run Watershed.

Variously nicknamed 'Beervana', 'Brewtopia' and 'Beertown', the city hosts a number of beer and brewing festivals throughout the year including the Oregon Brewers Festival held the last full weekend of July each year, the Spring Beer and Wine Festival in April, the North American Organic Brewers Festival in June, the Portland International Beerfest in July and the Holiday Ale Festival in December.

Portland also boasts a large craft distilling community with most distilleries signed up as members of the Oregon Distillers Guild, something which is celebrated at the annual Great American Distillers Festival held here each October.

A cluster of eight distilleries, all within walking distance of each other in the Lower East-side Industrial District, form what has become known as Distillery Row. They throw their doors open each weekend offering distillery tours. You can pay a tasting fee at each individual distillery or purchase a Distillery Row Passport. To visit other distilleries in Portland and throughout Oregon you should be aware of the Oregon Distillery Trail.

Cocktail lovers should also be aware of Portland Cocktail Week, held each October (17th to 23rd in 2015) this is aimed more at bartenders than consumers with seminars and classes imparting advanced knowledge and techniques.

Portland tends to have warm, dry summers and mild, damp winters, a climate ideally suited to growing roses. Consequently Portland is known as the "City of Roses" and of the many rose gardens the city boasts, if you're there April through October when the cultivars are blooming, you should head to the International Rose Test Garden for the best displays.

Also known for its liberal political values the city's unofficial slogan "Keep Portland Weird" can be seen emblazoned on stickers all over town. The right of free speech and expression is protected in the Oregon Constitution and full nudity and lap dancers in strip clubs are protected by this constitution. Consequently, Portland is said to have more strip clubs per capita than any other American city, earning it yet another nickname: 'Pornland'. Friends tell us that Mary's Club is the one to head to.

THE BEST BARS IN PORTLAND

Clyde Common 5/5
1014 Southwest Stark Street
Bar Manager Jeffrey Morgenthaler has made this relaxed café style venue a must visit on the international world's best bars circuit - justifiably so. Cocktails will not disappoint and neither will the food served here.

Huber's Café 4.5/5
411 Southwest 3rd Avenue
Huber's is the oldest restaurant in Portland and a trip to the city is not complete without enjoying at least one of the Flaming Spanish Coffee cocktails served here. Each drink is individually made with such flair that you should be sure to be sat centre stage at the bar. 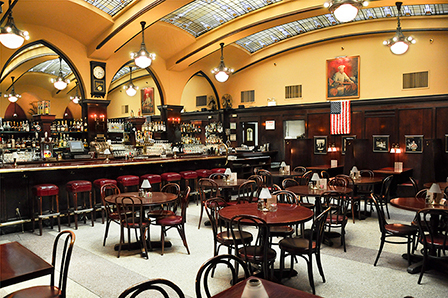 Jackknife Bar 4/5
614 11th Avenue
Some 50 people can sit at the sweeping 65ft long marble bar counter of this huge Wild West salon-like place which is attached to the Sentinel Hotel. Jackknife has a lively atmosphere and serves tasty cocktails and a reasonable range of beers. 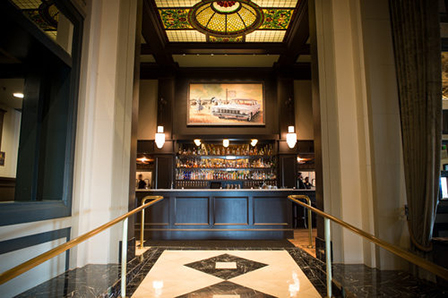 Jake's Famous Crawfish 3.5/5
401 SW 12th Avenue
Named after Jacob (Jake) Lewis and established in 1892, Jake's is better-known for its Irish Coffee than its headline crawfish. Stop by for an Irish Coffee at the bar and admire the décor in this museum-like restaurant.

Kask 4/5
1215 South West Alder Street
From the street, Kask could be mistaken for a shop rather than a cocktail bar being little more than a domestic living room in size with seating for 30 or so. However, it has a big personality with warmly lit rustic décor and classically inspired cocktails which are heavily influenced by amaro, sherry and vermouth.

Multnomah Whiskey Library 4.5/5
1124 SW Alder Street
A fairly non-descript street door leads up a wooden staircase to the former storage area of a piano store. Once upstairs you'll be impressed by the sizeable bare brick room with shelves rising to the double height ceiling lined with some 1,500 bottles of spirits. Cocktails are reliably good and this is a very refined spot. Its member's only but this rule is relaxed on Mondays.

Pépé Le Moko 4.5/5
407 SW 10th Avenue
A tiny oyster bar at street level is the prelude to this intimate 36 seater basement cocktail bar named after a 1937 French gangster movie. The cocktail menu lists a dozen well-known cocktails from different periods of cocktail culture - each perfectly made according to recipes by owner, the highly regarded Jeffrey Morgenthaler.

Teardrop Cocktail Lounge 4.5/5
1015 Northwest Everett Street
One of Portland's best established and respected cocktail venues, Teardrop is actually a square-shaped room with painted concrete walls - the teardrop influence comes from the curvy island-shaped bar and the way the banquette seating rounds the corners of the double height walls.

Rum Club 5/5
720 South East Sandy Boulevard
The fact that the Rum Club is something of a hangout for other bartenders in the city indicates that it's a pretty special place. The appeal is the warm atmosphere, superb drinks and tasty food -
be sure to have one of the pickled eggs and also the chili-lime nuts. 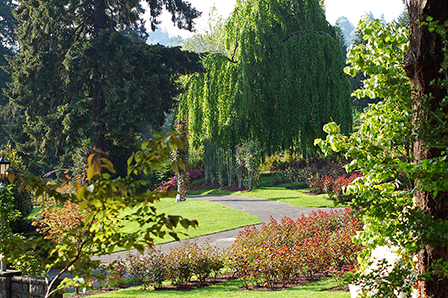