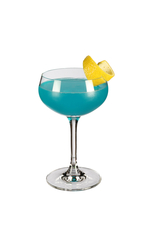 Oceans cover over 70% of the earth's surface, and 95% of the ocean remains unexplored. We know less about what lives deep in the ocean than we do about the surface of the moon, but marine species are dying off faster than they have in 55 million years.

Sharks first appeared over 400 million years ago; the first primates, creatures vaguely similar to squirrels, arrived at least 350 million years after that; humans only arrived 200,000 years ago or so, making us really a very recent arrival. But we've made a dramatic impact in that short time with some 80% of pollutants in the oceans deriving from human activity. Plastic is found in the stomachs of creatures from fish to albatross.

The global fondness for seafood means China alone takes in over 12 million tonnes of marine life every year. Some predict fish stocks will collapse utterly before the second half of this century, leading to a worldwide food crisis which will make the famines of the last century look like a walk in the park.

On which cheery note, may we recommend that you go, if not green, at least blue, with one of the many palatable blue drinks? Or just join us in a Corpse Reviver No. Blue.

The oldest film production company in America, Universal Studios, was established today in 1912 as the Universal Film Manufacturing Company, by a German-Jewish immigrant from Wisconsin named Carl Laemmle.

He was largely motivated by irritation at Thomas Edison, who refused star credits and charged high fees to show his movies. Universal survives today in a much-changed form, having been sold, merged, demerged and remerged many times. The company today includes Universal Studios, a chain of four theme parks, with the first established in 1964, as well as film production and film distribution arms, among them Universal Pictures.

We are impressed that a company born in the silent movie era could last to the age of the internet and beyond, and so we are toasting Mr Laemmle's creation with a Californian Martini.

It's the anniversary of that Icelandic Volcano erupting

At 9am on this day, an Icelandic volcano caused an epic disaster. It would transform the European economy, wipe out 20% of the population of Iceland and kill at least 20,000 Britons.

This was the Laki volcano, which exploded on this day in 1783. It ejected 600 sq. km. of lava, but the killer was the gases - fluorine gas fell as hydrofluoric acid that scoured the flesh off livestock, while a toxic cloud of sulphur dioxide and sulphuric acid drifted steadily south. The poison gases and acid rain killed plants and vegetation. Without anything to eat, Iceland's farm animals died. And the gases brought savage winters around the world. While Icelanders starved, the Mississippi froze as far south as New Orleans.

In England, that summer, the toxic fog made the sun look as pale as a clouded moon, and turned it blood-red at sunrise and sunset. Which would, we suppose, have been an excellent occasion for a Fog Cutter, a potent blend of spirits, citrus and cherry.