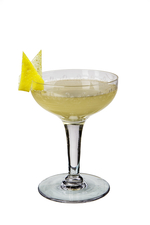 In 1923, George Mallory wrote, “The first question which you will ask and which I must try to answer is this, ‘What is the use of climbing Mount Everest?’ and my answer must at once be, ‘It is no use.’ There is not the slightest prospect of any gain whatsoever.”

On this day in 1924, during the third British attempt to summit Everest, George Mallory and Andrew Irvine, climbers who climbed not for money, or for fame, but for the challenge, were lost for good on Everest.

One of them, no one knows which, had been seen the day before on the summit ridge about 245 metres (800 feet) below the top. Mallory's body was found in 1999, but neither Irvine's body nor the camera he was carrying has been recovered. Did they make it to the top? Nobody knows, but climbing historians continue to obsess over various theories.

These two brave men, who climbed into the unknown with home-made oxygen apparatus, really do deserve celebrating with an appropriately named Resolute.

Johnny Depp, the man who played Cap'n Jack Sparrow, not to mention Edward Scissorhands, The Mad Hatter and, of course, one of our all-time heroes, Mr Hunter S. Thompson, celebrates his birthday today.

Johnny Depp has dated/married a succession of beautiful women including Kate Moss, Winona Ryder and Jennifer Grey, and had two children with Vanessa Paradis - although it as to be said that his subsequent relationship and marriage to actor and model Amber Heard, was "intensely passionate and at times volatile" ending in divorce and litigation. He is mates with Keith Richard, John Malkovich and Sean Penn, among others. And his enviable selection of home bases include a vineyard in the South of France and a private island in the Bahamas.

Yet he is also a nice enough guy to make visits to Great Ormond Street Hospital in pirate costume to entertain the children, as well as donating a million quid or so. Captain Jack! We salute you. We are toasting your continued health with a Pirate Daiquiri.