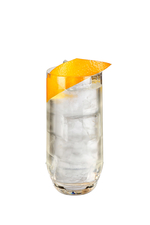 Back in 1884, a new form of entertainment took off on this day at New York's Coney Island – the roller coaster.

Inspired by a mining railway in Pennsylvania, and similar to the mine cart railway in the film Indiana Jones and the Temple of Doom, only slower, the new coaster, known as the Switchback Railway, was powered by gravity and reached speeds of 10 kph (6 mph). Marcus Thompson's patented invention proved popular, and other entrepreneurs piled in with their own improvements.

Still running today, the 1902-built Leap the Dips wooden rollercoaster in Lakemont Park, Pennsylvania, is similar to the original Switchback Railway. Blighty's own vintage rollercoaster, the Scenic Railway in Margate, opened in 1920 and is the oldest rollercoaster in the UK.

This evening we're suggesting you give the rollercoaster a miss and take all the fun you need from a White Water Ride or perhaps settle for a ride in a Sidecar.

The anniversary of Silent Spring

This day in 1962, Rachel Carson published an article in the New Yorker entitled Silent Spring, an extract from her upcoming book, dealing with the harm that pesticides were doing to plants, birds, fish and humans too.

Although Carson, who died of cancer within two years of publication, did not live to see its success, the book is widely credited with kicking off the environmental movement worldwide.

Before Carson's book, there had been conservation movements in many countries, and some concern over the consequences of industrialization and pollution. But Silent Spring marked a turning point, in that it demonstrated how harming the planet could also harm ourselves. It became a key motivator for later organisations such as Greenpeace.

We are toasting this extraordinary woman, and our fragile planet, with a Jade Garden, which is green by name and by nature.