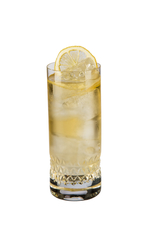 Today, we're drinking a Journey of Brothers, in celebration of the British Caribbean arrivals and their families who helped restore the UK's economy following years of war and helped shape the country into the multicultural society that it is today. They are commemorated by a national monument, designed by artist Basil Watson, depicting a man, woman and child hand-in-hand and clad in their "Sunday best" climbing a mountain of suitcases. The monument, which stands in London's Waterloo station, was officially unveiled this day in 2022.

John Herbert Dillinger was one of America's most notorious gangsters who during the Depression-era led a gang that robbed 24 banks and four police stations. He was born this day in 1903 in Indianapolis, Indiana, and was informally named America's first Public Enemy Number One this day 31 years later.