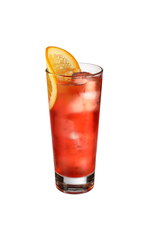 The 17th of May celebrates Pinot Grigio (or Pinot Gris), a grape variety identified with gently acidic refreshing white wines from Northern Italy, often served in a spritz on a summer's day. However, many of the wines produced in Italy's Friuli-Venezia and Alto Adige regions are more heavyweight, as are Pinot Gris from New Zealand and Oregon in the USA.

Seeing as Pinot Grigio Day falls in the middle of May, a month when we're already enjoying the first flush of summer (in the Northern hemisphere at least), it seems fitting to turn to this grape's sunnier side with a Bicicletta Spritz, made with a splash of Pinot Grigio.