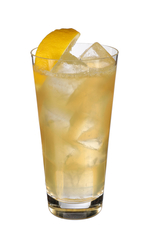 Reputedly first consumed in China some 5,000 years ago, tea is the world's most consumed drink after water, so little wonder there's an entire day dedicated to it.

But 21st May isn't merely a day to drink tea and lament its aromatic greatness, but an opportunity to celebrate the cultural heritage and socio-economic importance of a global industry that supports millions of small producers and their families, predominantly in developing countries.

Launched back in 2005, International Tea Day was introduced by the United Nations General Assembly to 'promote and foster collective actions to implement activities in favour of the sustainable production and consumption of tea and raise awareness of its importance in fighting hunger and poverty.'.

Tea also boasts a range of health benefits for its consumers, namely its anti-inflammatory, antioxidant and weight-loss effects.

So today, let's support the tea industry. Why not sample a variety of tea you've never tried before? Maybe whip up a batch of green tea muffins. Or look at your favourite blend to make sure it's certified Fairtrade. We'll be paying homage to the good old cuppa and the people and communities involved in the production of this world-wide favourite in the best way we know how, by mixing an Earl Grey MarTEAni.

We think Portnoy and Hart-Angelo said it best in their theme song for the television sitcom Cheers: "Sometimes you want to go where everybody knows your name".

And that's what a good waiter, bartender, barista (delete as appropriate) can do. They can turn an ordinary drinking or dining experience into an extraordinary one, one where you feel happy, relaxed and well-looked after.

So today, on National Waitstaff Day, we recognise the hard-working front-of-house heroes in restaurants, bars, cafes, pubs and hotels the world over. It's an opportunity to show our appreciation for these dedicated hospitality professionals that make our drinking and dining experiences enjoyable - and always with a smile on their faces.

So today (and every day) remember to say thank you, leave a generous tip, tell your server how much you appreciate them, or better yet, tell their manager how impressed you were with their service.

To celebrate with a suitable cocktail we've looked to pineapple, the international symbol of hospitality, with our own Pineapple Daiquiri but a Simple Pineapple Daiquiri will suffice if ingredients four ours are '86' (bartender code for out of stock).