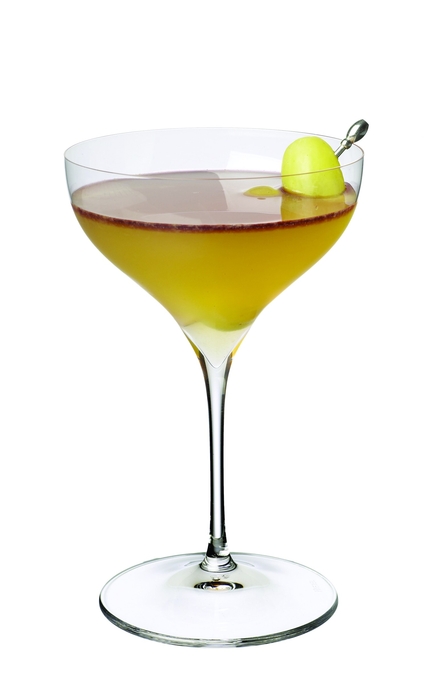 Grappa doesn't have to be enjoyed on its own, it’s eminently mixable with different styles of grappa imparting different flavour nuances. I favour using Moscato grappa for cocktails as the Moscato varietal tends to produce the most aromatic grappas with floral fruity notes that delicately pervade a cocktail.

Here are six cocktails to better acquaint yourself with grappa.

Affogato Cocktail
With: Grappa, coffee liqueur, cacao liqueur, espresso coffee and vanilla ice cream.
We say: Based on the classic Italian dessert of the same name, this after dinner cocktail, fortified with a splash of grappa, blends coffee and chocolate with ice-cream.

The Bird is the Word No.2
With: Grappa, Green Chartreuse, maraschino liqueur, lime juice and chocolate bitters.
We say: A grappa based 'Last Word' adapted from a drink discovered at Salon 39, Copenhagen, Denmark.

Eighteen '97
With: Grappa, elderflower liqueur, kumquats, sugar syrup and red wine.
We say: The citrus freshness of kumquat combined with robust grappa character makes for a great combo. Created in 2008 by Raffaello Dante at Salvatore's at Fifty, London.

Grappacino
With: Grappa, amaretto liqueur, sugar syrup and espresso coffee.
We say: Grappa's character shines through and is complimented by the amaretto and coffee. Adapted from a drink created in 2006 by George Sinclair.
We say:

Grapparita
With: Grappa, limoncello liqueur, lemon juice and egg white.
We say: Grappa replaces tequila while limoncello replaces triple sec in this Italian twist in the classic Margarita. Adapted from a drink discovered in 2005 at Alfredo's of Rome, New York.

Italian Milk Punch
With: Brandy, Galliano liqueur, amaretto liqueur and grappa.
We say: The distinctive flavour of moscato grappa shines through in this milky drink, with amaretto adding rich almond notes and Galliano a touch of peppermint and aniseed.

Grappa - the Italian marc brandy explained
Grappa's history
Where does grappa come from & where is it made?
How is Grappa made?
Grappa classifications and styles
How to store and how to serve grappa