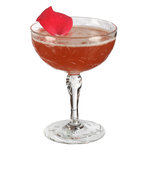 This is a day to excite cat lovers everywhere with pet shops around the world set for bumper sales of cat treats, toys and even collars – yup some people even take their cat for a walk on a lead. Bless!

So popular are these fury felines that one mere celebratory day a year is not enough for their loving owners, so there are no less than eight such days a year:

OK, there are only seven such days - we made up the second one. But what a great day it would be, the streets full of pussies being paraded by their owners.

As for the cats themselves, they will be celebrating World Cat Day in the same way as every other day - mostly by sleeping, typically 16 to 20 hours a day. Cats spend at least two-thirds of their lives asleep, and when they're not asleep they spend half their time grooming. Yes, cats are lazy and vain, so in celebration of cats everywhere we are drinking an American Beauty.

Remember the furore over the introduction of London's Congestion Charge? The very notion of having to pay to drive one's car into town would, folk argued, stifle London's small businesses and leave the West End shops looking like a still from 28 Days Later.

Others painted a brighter picture, of a London bereft of selfish drivers, a place where Routemasters, cyclists, messenger bikes and the odd scenic London taxi could roam the streets like so many buffalo migrating across the savannah.

Obviously, both sides were wrong. But today, with the congestion charge firmly in place since 17 February 2003, it's hard to imagine the capital without it - it's often at a standstill due to congestion with it! Instead we'll drink a London Sour, created by the great Trader Vic himself for the opening of his London restaurant in 1963.

Puccini's opera Madame Butterfly which tells the story of an American sailor, B.F. Pinkerton, who marries and abandons a young Japanese geisha, Cio-Cio-San (Madame Butterfly) had its world premiere at La Scala in Milan this day in 1904. It's a real tear-jerker of an opera, but the opening night was an emotional occasion for more than one reason.

Puccini's long term mistress, Elvira Gemignani, had left her husband for the composer, and the couple even had a son together. Stringent Italian marriage laws meant that Elvira couldn't get a divorce though, so the couple couldn't get married. In 1904 though, Elvira's husband died, so her and Puccini's relationship could finally become official, and the premiere of Madame Butterfly marked the first occasion that the two attended a premiere together.

Why not mix an Opera cocktail to mark the premier of this classic...and for real opera buffs, why not enjoy the cocktail before you watch an opera tonight - preferably Madame Butterfly.

It's the anniversary of the first successful(?) submarine attack

Towards the end of the American Civil War, rumours had been flying around that the Confederates, Southern states fighting the north for the right to own slaves, had a mysterious secret weapon. And, on this day in 1864, the secret weapon was unveiled. A combat submarine, powered by hand cranks, the H. L. Hunley, attacked and sank the U.S.S. Housatonic - the first successful submarine attack in military history.

Well, "successful" is a bit of an overstatement. Unfortunately, the H. L. Hunley sank herself in the aftermath of the assault, taking all her crew to their deaths. It was her third fatal sinking over the course of her career, and this time she would not be salvaged for over a century.

Workable, long-range submarines would not appear for several decades after this - and many, many brave men died during their development. In honour of them, and the victims of both the Hunley and the Housatonic, we are drinking a Cherry Mariner, our take on a drink by Mickael Perron.