"Victor Bergeron is a man who swears in and out, like breathing," journalist Bob MacKenzie once observed. And, even though the Trader's remarks have been bowdlerized for posterity (the strongest word in his autobiography is "damn"), the man's linguistic reputation lives on. As does, of course, his feud with Donn Beach.

Yet the creator of the Mai Tai (at least, the creator of the version we drink today), and father of a bunch of other cocktails too, was a man of many and varied talents. How varied? Obviously, he created dishes, drinks and designs for his operations. He was the world's great expert on, and apostle for, rum.

But on top of that Vic painted in oils, cast bronze sculptures (mainly of naked ladies and wild animals), designed jewellery and collected fossils. He churned out several books on food and drink, including his 1972 Bartenders Guide, as well as a memoir, Frankly Speaking, and at least one kids' book.

Born to French and American parents in San Francisco on 10 December 1902, Bergeron opened his first little place, Hinky Dink's, in Oakland, California, where he grew up, in 1934. It was a beer and burger joint until, inspired by the success of his great rival, Donn Beach, he turned the place over to Tiki culture and changed the name.

By the time Vic died, a little under 50 years after he opened Hinky Dink's, his empire was worth $50m and spanned over 20 restaurants. Not bad going for a man with only one leg (he had it amputated when he was six, following an accident with a cable car, but liked to tell people it had been eaten by a shark).

It was, of course, Donn Beach who created Tiki, based on his experiences in the South Pacific. Yet it was Vic's formula that proved the most enduring. Not to mention, of course, the Trader's way with publicity.

Life magazine records Trader Vic serving cocktails such as the Scorpion in four-pint bowls made to serve four - no more than three bowls per group. During the Second World War, he sent US airmen the ingredients to make their own Hot Buttered Rum.

Unlike Beach, who guarded his recipes to a degree that recalls the secret formulae of Coca-Cola et al (to protect not just against Bergeron, but against lesser-known predators such as Monty Prose), the Trader merrily put his drinks out there for the public to enjoy.

Where did the "Trader" sobriquet come from? Not from rum-running adventures in the Caribbean, but, more prosaically, from his first wife Esther, a commentary on his wheeler-dealer willingness to swap meals and drinks for goods and services.

Though Vic may not have run rum, he did transform it. As the fabulous Lucius Beebe observed, "Vic is more than a merchant of South Sea atmosphere. He is deserving of public esteem... he has been the most notable apostle of rum in the confined definition of the word in the contemporary record."

So whenever you enjoy a prestige rum, remember the man who started it all. 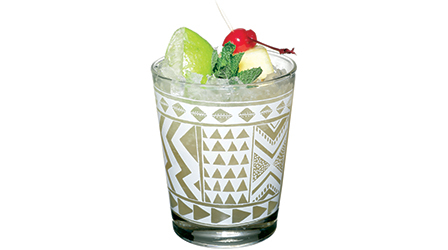 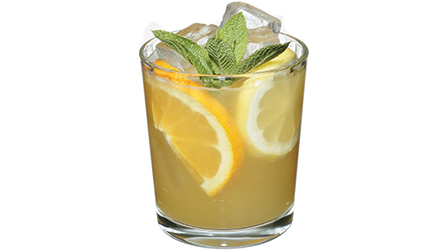 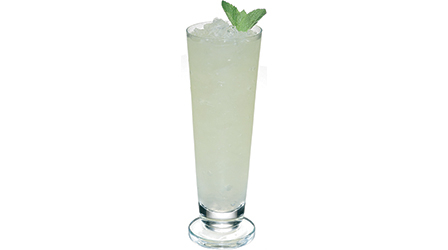