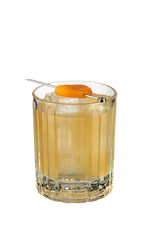 At the time of its publication, Whitman's controversial poetry collection Leaves of Grass, with its overt sexuality, was considered by many to be obscene.

In fact, the collection is an epic celebration of modern American life that reaches out to the common man. Whitman published the first edition privately in 1855, without his name appearing on the title page, but some way into the text he describes himself as "Walt Whitman, an American, one of the roughs, a kosmos,/Disorderly fleshy and sensual... eating drinking and breeding,/No sentimentalist... no stander above men and women or apart from them.../No more modest than immodest."

Born on this day in 1819 (died 26th March 1892), Whitman was a vocal proponent of the temperance movement, so we hope he wouldn't mind us drinking to his fine poem with a Walter's Waltz, or a suitably fruity Waltzing Matilda borrowed from David Embury's seminal The Fine Art of Mixing Drinks.

Today is World No Tobacco Day

The World Health Organization, in its infinite wisdom, has seen fit to designate today as No Tobacco Day. And who are we to argue?

Tobacco killed 100 million people during the last century, and more than 5 million will die a tobacco-related death this year.

Tobacco is expensive and bad for you; nicotine is at least as addictive as heroin and cocaine; and, worst of all (at least in the short term), smoking ruins your palate.

If you have chosen today to give up the evil weed, we congratulate you. If not, may we recommend you join us in a Smoky Old Bastard, a fabulous blend of bourbon, maple syrup and Lapsang Souchong? Combined, of course, with a wonderful hit of smoke.

As any parent of a preschooler can't help but know, Peppa Pig is the insanely popular pink pig whose negative impact on small children's behaviour has been intoned against by none other than the Daily Mail. Yes, quite. She is also the frontline of a merchandising juggernaut worth hundreds of millions in the UK alone, and now expanding worldwide.

Parents who've had to live through constant repeats, or shell out on said merchandising, might want to join us in a Benton's Old-Fashioned. Created by Don Lee of PDT, it's the drink that kickstarted the fat-washing trend - using nothing other than bacon. Cheers!