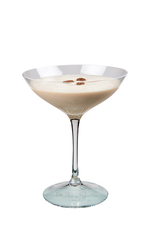 Governments are good at taxing their citizens, but the Russian tsar Peter the Great has to take the prize. On this day in 1698, he introduced a beard tax.

Ostensibly he was trying to force a more modern way of living on his population at a time when most Western European men went clean-shaven, but in practice, as with most taxes, the main point was revenue. Anyone who chose to dodge the barbers and preserve his beard had to prove he'd paid the tax by carrying a token inscribed with two phrases: "money taken" and "the beard is a superfluous burden".

With a thought for all our bearded bartender friends and in memory of all those red-faced Russians, may we recommend a Blushin' Russian, a White Russian with amaretto?

Be Late For Something Day

Have you ever felt that the pace of modern life is just too much? Wanted to take a step back and just chill for a while?

Then today is for you. It's a time to switch off the smartphone, avoid checking emails and be late - just a little late - for something (ideally not your wedding or a meeting with your probation officer). Because, in fact, the world will most likely go on just fine without you rushing around...

We are not at all sure why Chris Jepson called our drink of the day the Lazy Man Flip, although it's certainly lazier than the original 16th-century flips, which required heating with a fireiron, among other inventions. But it is an excellent choice for a lazy, relaxed day, and if you've got nothing to be late for today, do have one of these instead.

The summer semi-officially ends in the States today, with the Labor Day holiday - the last chance for a sneaky weekend out of town, and the beginning of the "football" season.

Weirdly, the holiday actually celebrates the right of unions to strike - it came into being as a gesture of appeasement, after US military and marshals killed a number of striking workers at the end of the 19th-century. We are sure the strikers would have been overjoyed to know that their special day now marks the last date when it is socially acceptable for high society women to wear white...

No holiday for us, here in Blighty, of course - though we do love what we do. But we will still be enjoying a sneaky glass of Union Club Cocktail at the end of our day. Why don't you join us?