We're delighted to have experienced and talented industry figures on our judging panel. All are entrepreneurs themselves, and have built their businesses with tenacity, passion and sheer hard work.

Rhys is the Co-Founder of the Be At One chain of bars. When Be At One opened in May 1998, cocktail bars were focusing heavily on design and aesthetics and less on drink quality and service. These bars were the antitheses of the environment he and his two partners wanted to drink in. So, with an understanding of where they would want to drink, a couple of car loans and several credit cards to hand they bought a run-down Indian restaurant on Battersea Rise in London.

Be At One opened its doors and was an instant success.

Rhys is currently between roles as he considers new and exciting ideas for 2019 and beyond. He began his career in cocktails working both nationally and internationally with TGI Friday's in 1991. Read more about Rhys's journey and the Be At One story from this article, written in 2016 when the brand was celebrating its 18th birthday and two years before it was sold.

What does being an Entrepreneur mean to you?
"To me, being an entrepreneur is being prepared to do whatever it takes, day and night. To work hard and consistently, learning and listening at every step. Seeing bumps in the road as just another problem to be challenged and never taking no for an answer.

Being a successful entrepreneur however also requires open mindedness, tolerance and being adaptive to the guests and customers. A clear understanding of goals and intentions is vital but manage the detail. Keep it simple and understandable so you can work out what does and doesn't work. Being able to accept being wrong and learning from your mistakes is essential. Have faith and stick to your strengths."

Like so many of his peers Rasmus fell in to the industry by chance. As a trainee chef he started working as a barback in a cocktail bar on weekends. He loved the energy, the atmosphere and the work, and decided to become brilliant at barbacking.

He put his heart and soul into it, progressing on to become bartender, supervisor, and bar manager. By this time he had quit his chef-studies.

He joined a UK operator and specialised in opening new bars up and down the country, rarely staying very long in one spot. Tough and lonely at times, it gave Rasmus a unique experience of how to make a bar successful.

In 2007 he and his wife Adeline opened their first bar in Copenhagen - Ruby . It was done on a shoestring budget, but as Rasmus says "it worked out in the end. We had no network in Copenhagen, and I think we had a total of 36 guests the first week of opening. But very slowly things turned, and we can now celebrate 12 years birthday this summer. In the meantime we've managed to have 3 children and another 2 bars (Lidkoeb & Brønnum ) and things are good."

What does being an Entrepreneur mean to you?
A successful entrepreneur is someone who manages to touch something in the people around him, -his guests as well as his colleagues. Its someone who can pay his rent every month, but knows not to let financial hardship hold him back. Someone who is original in his business, charismatic in his humanity and supportive in his relations.

Ara, originally from Mexico City, has more than 20 years of experience in the bar and spirits sector. She began her career as a bartender and continued on to manage different bars and global brands.

Ara is a serial entrepreneur who uses her skills to incite change: encouraging sustainability and innovation at the core of every venture she starts. Her postgraduate studies in environmental science have provided her with extensive knowledge for promoting conscious entrepreneurship. She has demonstrated her dedication to green solutions in all of the projects and businesses she has started and advised.

One of her most important ventures is Barra Mexico, which she co-founded. The event, now in its fifth year, is the leading spirits tradeshow in Latin America and the first zero-carbon barshow in the world. Another of her hospitality endeavours, a coffee shop that was the first of its kind because it was powered by 100% green energy, was named Best of Amsterdam.

Ara is a passionate ambassador for Mexican spirits brands, and she works at the world's first spirits accelerator, Distill Ventures, working with other entrepreneurs to create brands of the future.

What does being an Entrepreneur mean to you?
Having a true entrepreneurial spirit is a gift that comes with great responsibility and should be used to help and inspire others make a difference in the world: people, planet, profit.

Tess Posthumus has built her career in hospitality on the back of her entrepreneurial spirit. During her studies, Tess Posthumus worked in the hospitality industry and fell in love with the wonderful world of mixology. She is now recognised as one of the leading female bartenders in the world.

On top of earning her Masters in sociology, Tess has a number of bar awards under her belt including being ranked among the top 4 for International Bartender of the Year 2018 at Tales of the Cocktail.

After eight years working at Door 74 in Amsterdam, in 2017 Tess opened her own cocktail bar along with her business partner Timo Janse. Flying Dutchmen Cocktails aims to build a true cocktail culture in the Netherlands by focusing on (neo-) classic cocktails and education for guests and the Dutch hospitality industry.

Tess is also a published author. Her first book 'Cocktails with Tess' is soon to be joined by her second book, on genever, in September 2019.

What does being an Entrepreneur mean to you?
Someone who sees opportunities. Someone that isn't afraid to take (calculated) risks to start new businesses or projects.

After a stint working as a warehouseman for a wine importer, a shop assistant in a Peter Dominic off-license, a sales rep for IDV, John took over the running of the family business at 25 years old. He grew Coe Vintners from a business with less than £1m turnover to become the largest independent wholesaler of wine & spirits in the UK with an annual turnover of £65m at the time of its sale to Enotria in 2015.

John retains an interest in various businesses which include Mangrove Global, IDS, Intagulf and Tortuga. He also offers back office services to the drinks industry through Ashcoe Holdings, and owns a farm in Dorset with 25 acres of vineyards.

What does being an Entrepreneur mean to you?
An entrepreneur is someone who can spot an opportunity and commercialise it. Often this can be in a negative circumstance where obstacles are overcome. Every cloud has a solid silver lining.

After Juan left university and pursued job opportunities, he discovered early on he was driven to work for himself. At 23 years old, Juan and his partners opened their first bar. Just four years later, he grew his portfolio into two bars, a restaurant and a catering company.

Juan later bought out his partners when the business faced difficult challenges. The crisis inspired him to explore an exciting new venture. And with no previous experience, Juan took up bartending in hopes of improving his business. A new found passion for cocktails went hand in hand with his business's success.

This led to the opening of El Niño Perdido in 2011 bringing fresh concepts to the Spanish city of Valladolid. The bar offers experimental serves, whilst Sinners Club, an old jazz bar and Juan's latest acquisition, offers classic cocktails.

Not only is Juan a striving entrepreneur, he champions education in the bar industry. Today, he's considered by many to be one of Spain's most creative bartenders and an influencer of the Spanish bar scene.

What does being an Entrepreneur mean to you?
There is no little city, nor impossible customer.

The foreman of the panel is Simon Difford, Editor-in-Chief of Difford's Guide. He will be working with the judges and helping to ensure consistency and objectivity in their selection process. He doesn't have a vote, unless there is a tie-break in which case he carries the casting vote.

Just like our judges, Simon is a serial entrepreneur. He has been involved in nearly every aspect of the drinks industry, from running his own off-license and wholesale company to importing spirits and brand creation.

Best known as a drinks writer and publisher, Simon publishes cocktail and spirit books and is the editor-in-chief of this very website. He has also contributed to the launch of numerous drinks brands, most notably St-Germain elderflower liqueur, and is behind the creation of London Cocktail Week.

What does being an Entrepreneur mean to you?
Prepared to take risks in pursuit of dreams. 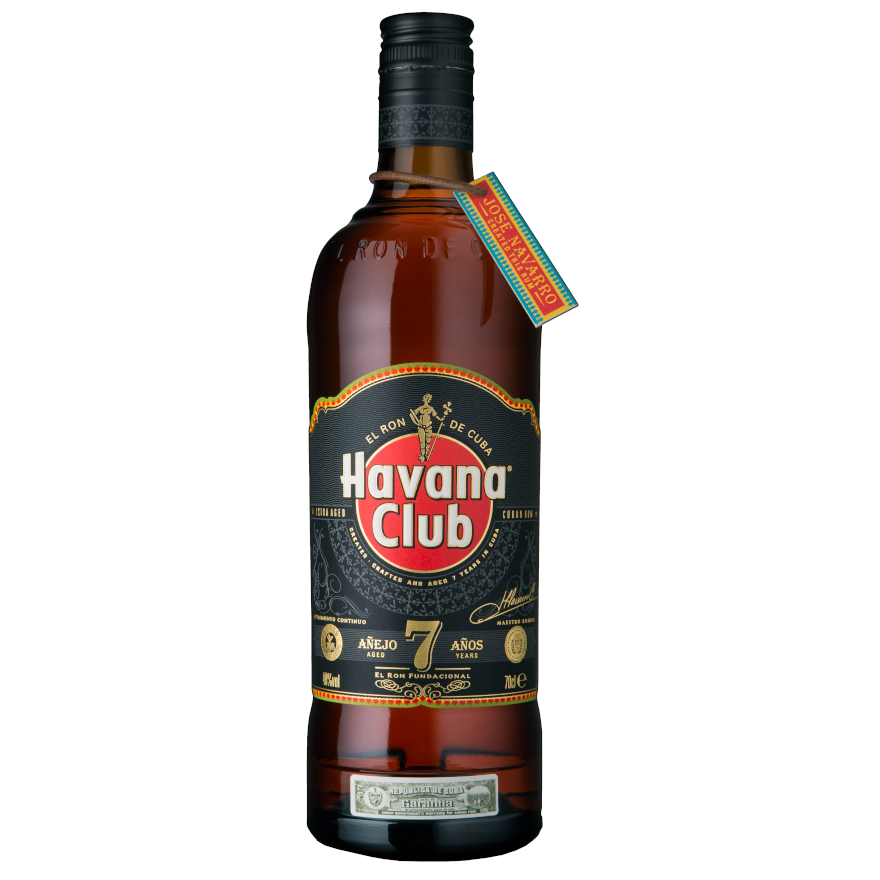 This Cuban rum, aged for a minimum of seven years in ex-bourbon casks, is produced by a joint-venture between Pernod and state-owned Cuba Ron. 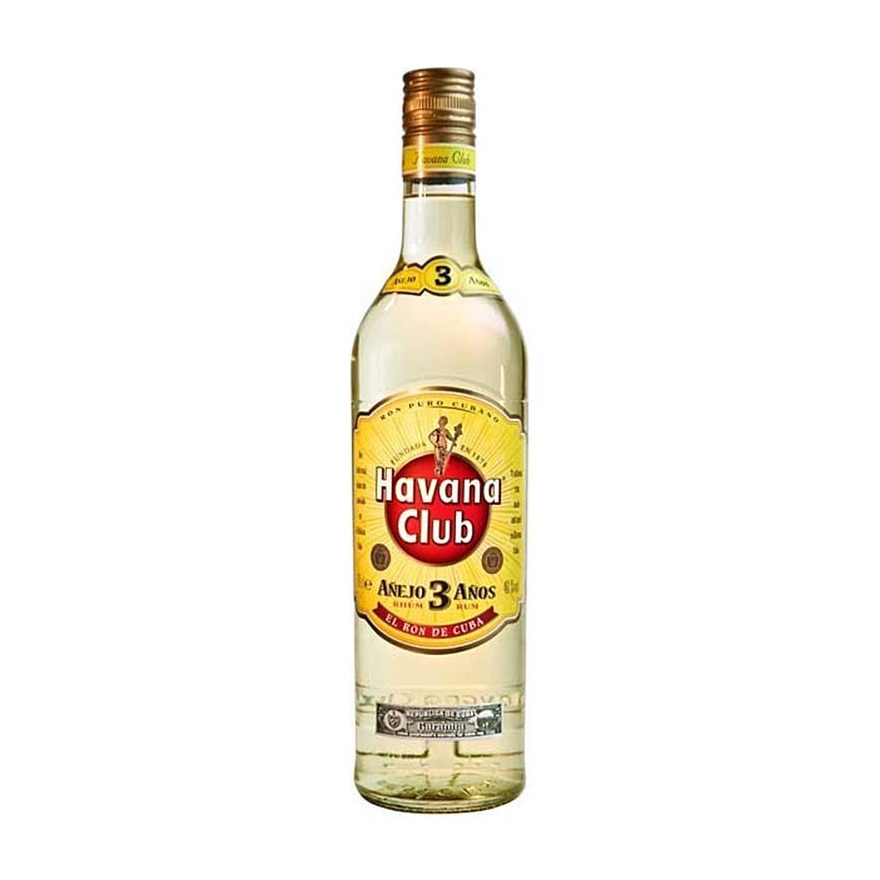 The best-know expression of the leading Cuban rum brand, this light rum is aged for three years in ex-bourbon casks giving it rum a light straw yellow 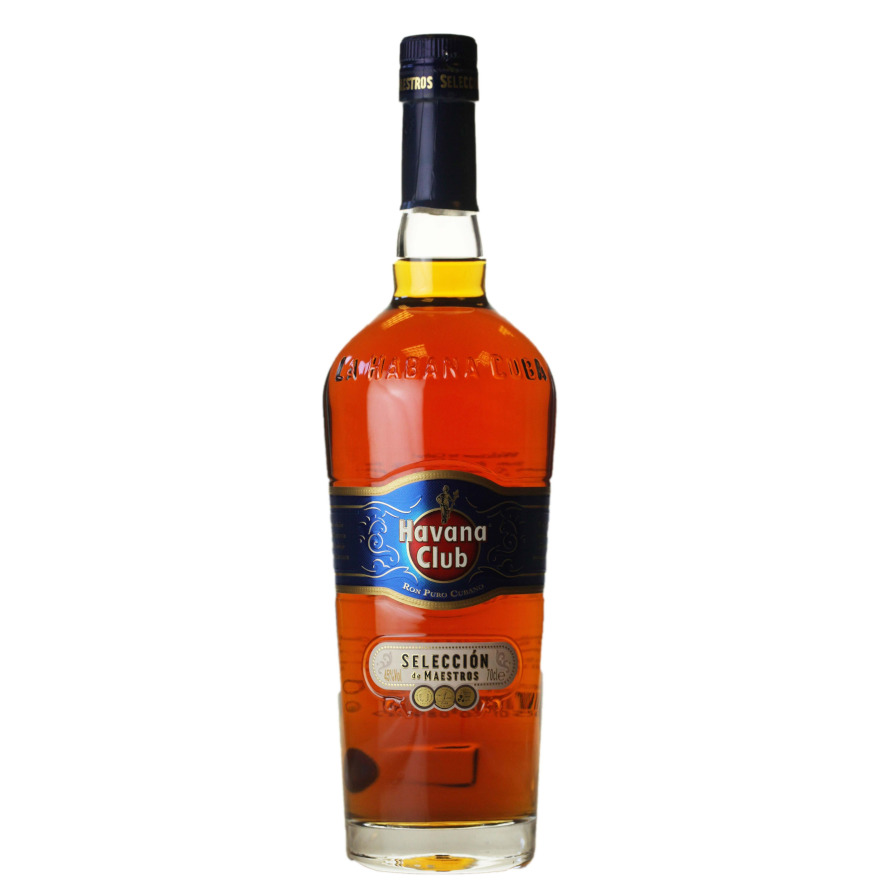 Launched in 2011, the liquid inside Selección de Maestros is believed to be the same as the former Cuban Barrel Proof. Exceptional casks of aged rum are 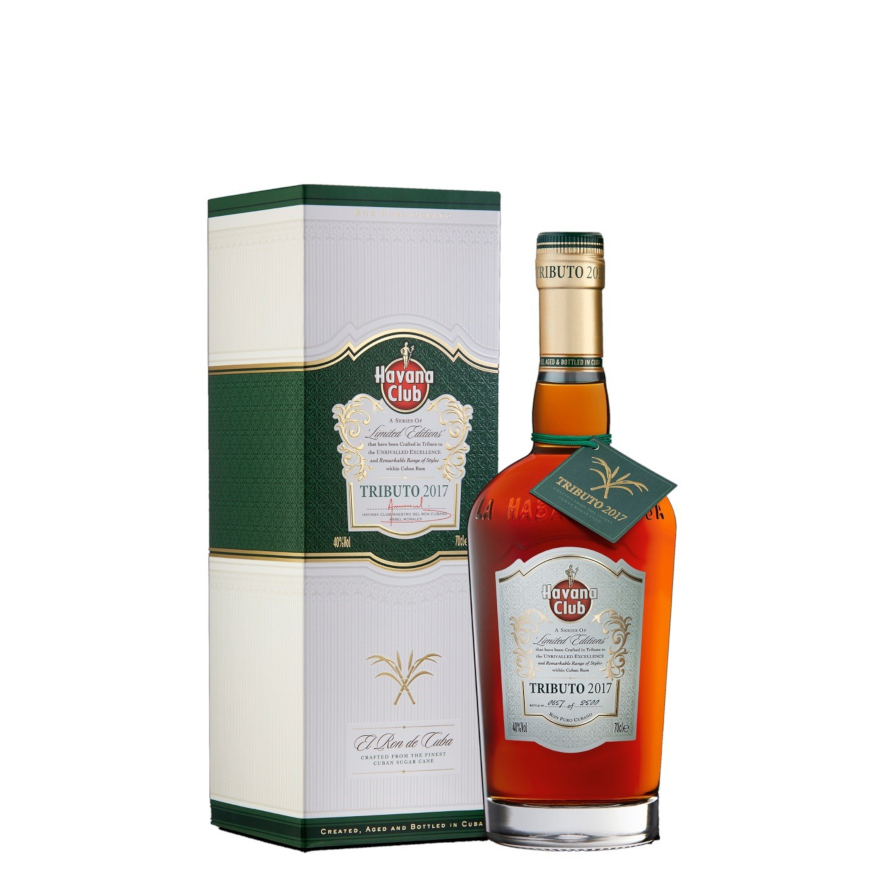 Launched in March 2017, Tributo 2017 is the second release in Havana Club's Tributo collection and comprises 2,500 bottles. The press release which accompanied 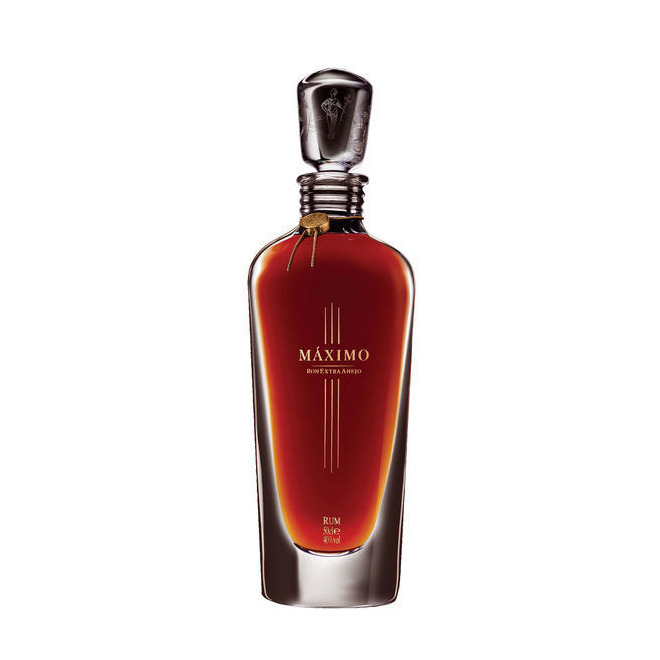 Máximo is an ultra-premium rum created by Don José Navarro, Primer Maestro Ronero, by blending a selection of rums from the ageing cellars of Havana 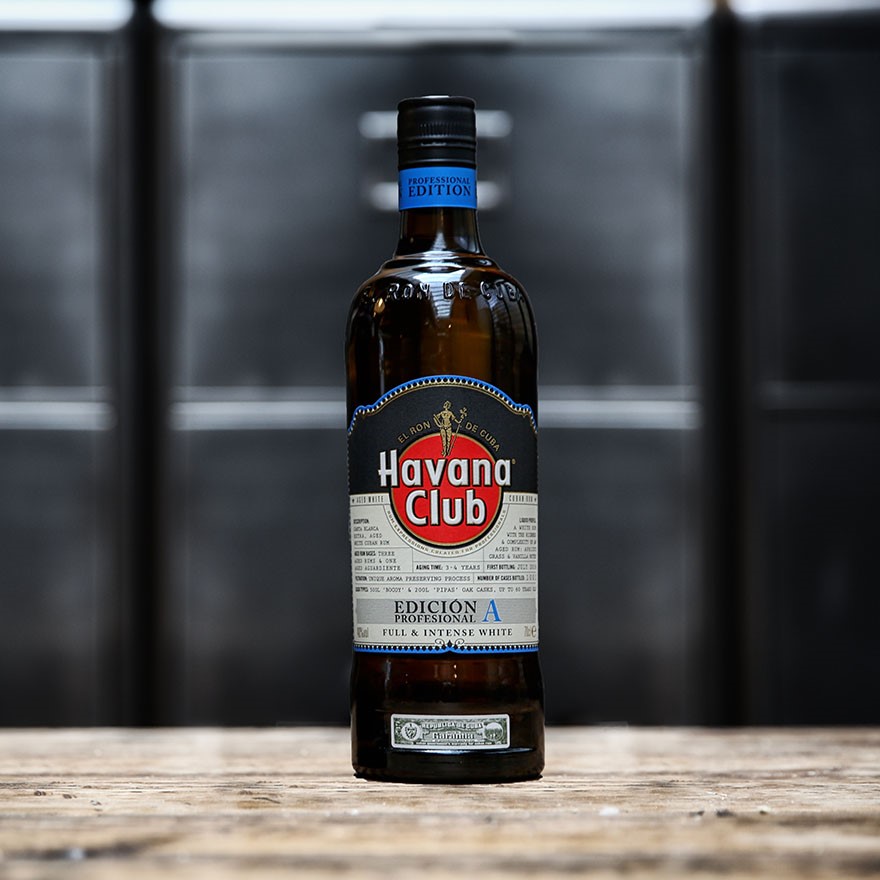 El Floridita is one of Havana’s, and indeed the world’s, most legendary bars. Pouring some 90 cases of rum per week, it’s also one of Havana Club’s