The US Constitution became law on this day 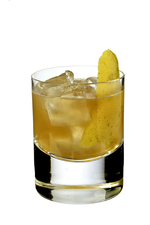 The US Constitution is probably America's single most successful export. The first written constitution in world history, it provided a model for more than 160 different countries in its first 200 years of existence, shaping ideas of freedom and citizenship the world over.

Comprising fewer than 4,500 words, including its rousing beginning, "We, the people of the United States...", the US Constitution remains both the oldest and the shortest written constitution of any government in the world.

It entered into American law on this day in 1789, and because we think that must have been a great morning for Americans to wake up to, we're celebrating the date with an American Breakfast.

On this day in 1951, somewhere in Cuba, Hemingway finished writing his classic, The Old Man and the Sea.

It's not a complicated plot, but just a beautifully described battle between an old fisherman, and an enormous marlin that he's harpooned in the Gulf Stream. It's only a short book but won The Pulitzer Prize, and in 1954 it was referenced when Hemingway won the Nobel Prize in literature - if you've not read it yet, then the prizes alone indicate that it really is worth getting your hands on a copy!

Hemingway was a great drinker, so it was more than likely that he celebrated finishing his novella with a drink or two. If you fancy celebrating the anniversary on his behalf, then why not mix a Hemingway Special Daiquiri which was created by the head bartender of El Floridita, Cuba (Constante Ribalaigua Vert), especially for Hemingway.

Today is a time, according to the folks behind National Grammar Day and its truly cringeworthy theme song, to, well, march forth.

If there's a grammar zealot in your life, today would be a great day to proposition them with a preposition, conjoin them in conjunctions or embrace them in parentheses. Alternatively, of course, you might just want to enjoy a Last Word. We do.

It's the anniversary of Antarctica going nuclear

On this day in 1962, nuclear power came to Antarctica, as the USA fired up the first (and, so far, the only) nuclear power station on the continent, at its McMurdo Station.

The logic seemed simple enough. It had been a real headache to ship tonnes upon tonnes of diesel fuel south, and, once there, it had to be kept warm so that it continued to work in temperatures as low as -50˚C. So, in those halcyon days before Three Mile Island and Chernobyl, nuclear seemed like a cheap, smart alternative.

The plant's life was not a happy one. A decade after opening, an inspection found a leak in the pressure chamber, plus cracks throughout the system, and the decision was made to shut it down.

We think there are better ways to keep warm in even the chilliest of winters than by a broken nuclear reactor - such as the Cold Winter Warmer Sour, a well-balanced concoction that is based on the hot toddy.

... comment(s) for The US Constitution became law on this day