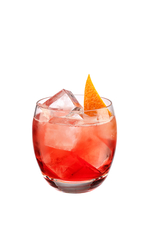 Prosecco takes its name from the village of Prosecco which has long since been engulfed by the growth of Trieste to become a suburb of the city.

The earliest documentation of prosecco dates back to 1754, in the poem titled Il Roccolo Ditirambo by Aureliano Acanti. "And now I would like to wet my mouth with that prosecco with its apple bouquet." Yet, prosecco's roots could date as far back as 200 BC, in Ancient Rome, when a still wine named Pizzino was served. This theory remains just that, and the exact origin eludes us.

Prosecco's modern history begins in Italy during the 19th century when it gained attention, at a time when Antonio Carpené's writings detailed the sparkling wine's diffusion and production.

The fruity flavour that adds to proseccos appeal is produced in styles; the spumante (fully sparkling), the frizzante (slightly sparkling) and the tranquillo (still). Made by tank fermentation, rather than that of Champagne's traditional method, it preserves the flavour of the grape and prolongs freshness whilst offering winemakers a far more affordable method. For dry palates, you'll find brut the most appetising, though, among the four sweetness levels, extra dry, dry and demi-sec can be equally delectable throughout a meal.

To celebrate the bubbly today, we're enjoying a Spritz Al Bitter, one of our 20 best Prosecco cocktails.

Despite all of the famous lefthanders out there - Leonardo Da Vinci, Jimi Hendrix, Marilyn Monroe and Barack Obama among them - life hasn't always been easy as a leftie. While today most lefthanders face no more serious challenges than grappling with tin openers and scissors, in the old days, life could be very tough indeed.

The word 'sinister' comes from the Latin for left, and until surprisingly recently Catholics associated lefthandedness with the Devil (who baptized his intimates with his left hand). Lefthanded children in church schools in Ireland were regularly beaten for using "the devil's hand".

Paris' Left Bank, too, has had its sinister side, or at least an anti-establishment edge. But the Left Bank Martini, a fragrant blend of elderflower, gin, vermouth and wine, will suit most palates - whichever hand you hold the glass in.

And it's Stainless Steel's birthday

On this day in 1913, an English metallurgist named Harry Brearley created a new steel alloy, with a lot of chromium and not much carbon. It was resistant to everything from nitric acid to lemon juice and vinegar, and so Brearley, rather unimaginatively, named his creation "rustless steel".

The cutlery-maker who embraced Brearley's discovery christened it "stainless steel". The English city of Sheffield, in those days, was known worldwide for its steel - and had been since the Middle Ages. Stainless steel helped put Sheffield's manufacturers one step ahead of the pack, even though scientists as far afield as Germany, Poland, Sweden and Austria were working on something similar.

Encouragingly, Portland Works, the former cutlery works in the Highfield area of Sheffield where Brearley perfected stainless steel, is home to studios of young artists and designers today - among them metalworkers. We are toasting Brearley et al with the Pennsylvania steelworkers' favourite, a Boilermaker.