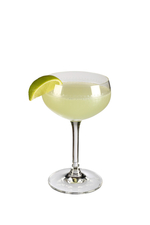 The North American power failures of 2003 are a poignant reminder of the UK's urgent need to address its own generating capacity. So today we are drinking to the workers who maintain the power supplies and powerlines in all weathers with a Nuclear Daiquiri while pondering if we should instead by enjoying an equally potent Flower Power Martini. (But that's for another day - see tomorrow in fact.)

Traditionally, offerings are made to the spirits. Folk cook up food and buy fake banknotes to burn. Some Chinese make offerings to the King of Hell, while some believers send lanterns down the river to guide the spirits home. In Malaysia and Singapore, however, today is more about live shows. Traditional music and dances are performed - often, in the finest Malaysian tradition, by heavily made-up pub singers in micro-minis and spangles.