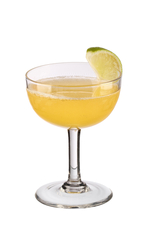 Flaky, shortcrust, filo, puff or choux - there's a pastry for everyone! And not that we ever need an excuse to indulge but today is National Pastry Day so we're jumping on this tasty bandwagon.

A plethora of pastry-based goods are available to us today but the humble pastry has its roots in ancient and classical times. It's thought that the ancient Egyptians, Romans and Greeks all used pastry, namely a filo-type pastry, to make honey cakes, fruit pastries, sweet tarts and dumplings. Fast forward to the Mediaeval period and we start to see evidence of the shortcrust and puff versions that we're more familiar with today. In the 17th century, pastry became extremely fashionable, with bakers creating elaborately decorated centrepieces for their high society patrons.

And as much as today is all about pastry, its modest ingredients wouldn't amount to much without the artistry, skill and vision of the pastry chef. It's not an easy job, and most pâtissiers spend decades refining their skills. So let's celebrate this humble dough and the masters who create these delectable sweet and savoury delights with a Pastry War Margarita.

Ever since America's TV series As the World Turns finished its epic run in 2010, Britain's Coronation Street has been the world's longest-running soap opera.

A few toll bridges still remained, it looked as though the notion of paying to use a road in the UK had gone out with the ark. No longer, however. In 2003, the London government brought in the Congestion Charge, and then, on this day, the M6 toll motorway opened, offering people with money to spare a chance to escape the congestion around Brum and line the pockets of Midland Expressway Limited with a charge that can rise to over a tenner a pop.

In our own tax utopia, the only taxation would be purchase tax proportioned according to how luxurious the product the tax was being applied to was, and transport network infrastructure would be central government-funded. However, in the recognition that governments need to spread taxes so non of us actually realise that how much tax we are paying, we're drinking the Income Tax Cocktail - basically a Bronx, with extra bitters.

This day in 1952, a toxic cloud of smog, enriched with sulphuric acid, hydrochloric acid, smoke and fluorides, finally cleared from London, where it had hovered for the previous four days.

In memory of those bygone times, when folk naively burnt coal fires without so much as a thought for so much as pollution, let alone carbon cost, we are enjoying a Velvet Fog, a very palatable concoction by the always-reliable Dale DeGroff.