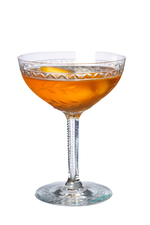 The late, great Lou Reed, one of rock's enduring icons, was born on this day in 1942, in Brooklyn, New York.

After an implausible period penning hits for pre-Beatles pop bands, and one novelty single, Reed came to fame with the Velvet Underground. The band's lo-fi sound brought them iconic fans including Andy Warhol, who introduced them to husky-voiced actress-model Nico.

By the 1970s, Reed was a solo artist, producing Transformer, one of the greatest rock albums of all time. One of music's great survivors, Reed outlasted the electro-convulsive therapy given to him as a teenager to "cure" his bisexuality, and addictions to both heroin and alcohol to become a grand old man of arthouse rock.

It's also the Anniversary of The Sound Of Music premier

"Cream coloured ponies and crisp apple strudels, doorbells and sleigh bells and schnitzel with noodles" - are these some of your favourite things? On this day 46 years back (1965), Maria von Trapp was projected onto cinema screens throughout America, telling audiences how they were some of her favourites!

The cult film follows the story of seven curtain-wearing children, being educated through the medium of song in rural Salzburg - what is there not to love?! If you've not seen the film for a while, we seriously recommend that you think about downloading a copy tonight, and enjoying some of the classic tunes: Climb Every Mountain, Edelweiss and Do-Re-Mi.

As if you couldn't add any more fun to what's lining up to be the ultimate feel-good evening, then why not treat yourself, and mix an Apple Strudel cocktail to accompany the screening.