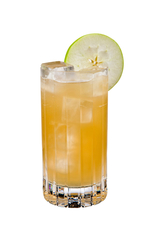 Tarantino has made everyone's day once in a while with lines like "I'm gonna get medieval on your ass", or insane shaggy dog stories like the man who bets the bartender he can piss in a cup and two guys out back that he can piss all over the bar.

An absolute film geek, an assiduous promoter of smaller movies that might never otherwise make it to the big screen, and the man who persuaded Brad Pitt to star in Inglourious Basterds after an impressive five bottles of wine, we are toasting him in a Pulp Fiction, and wondering why so few of his other movie titles ever got cocktails named after them.

It's also the birthday of Europe's first Artificial Reef

Sink pretty much anything - from a motorbike to a tank to a sculpture or a toilet -- into shallow seas and it will become an artificial reef. Corals, sponges, sea plants and anemones grow on it; small fish frequent it; and bigger fish swing by to eat the smaller fish, one reason why wreck hunters ask local fishermen for advice.

On this day in 2004, HMS Scylla, a navy frigate, was deliberately sunk on a sandy seabed off the coast of Cornwall, not far from a famous World War II wreck. A BBC competition winner, still at school, pushed the button to blow her up.

Carefully cleaned to remove pollutants such as oil, HMS Scylla was Europe's first artificial reef - and today she's a magnet for both divers and scientists, who have found more than 230 species living where sailors used to work.

For anyone who takes beer seriously, Michael Jackson, AKA The Beer Hunter, was a trailblazer. His World Guide to Beer, published in 1977, set the foundation for the global theory of beer styles, and a vocabulary many beerophiles use today. He helped spark interest in beer as a liquid as varied and as interesting as wine, and spread the craft-brewing movement around the world. Michael was also a personal friend, and one of our earliest contributors.

Michael was born this day in 1942 and sadly passed away on 30th August 2007 after a struggle with Parkinson's.

Michael was not a fan of beer in cocktails, but he loved and wrote about both beer and whisky. So we are toasting him with a Weissen Sour, based on wheat beer and bourbon. Cheers!