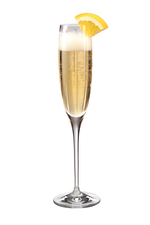 White chocolate. Pale ivory in colour, buttery, milky and sweet tasting. It's a deliciously sweet treat for sure, but technically not considered chocolate at all due to the fact that it does not contain cocoa solids, unlike its milk and dark chocolate counterparts.

White chocolate is made by blending cocoa butter, extracted from the cocoa bean, with milk powder, sugar and often vanilla. It's naturally lower in caffeine than milk chocolate but at the same time, lower in antioxidants.

Up until the 1930s, the world had only ever known rich, mahogany chocolate. Highly prized for more than 4,000 years, chocolate was sacred to the Maya Culture, with the pods symbolising life and fertility, and the ancient Aztecs considered chocolate so valuable that they used it as a form of currency. In 1502, Christopher Columbus was the first European to discover cocoa beans and some 26 years later, chocolate would arrive on European shores for the first time. But it wasn't until 1936 that 'chocolate' in its white form was introduced to the world when Swiss confectioner Nestlé launched the first white chocolate bar - the Galak - better known as 'Milkybar'. It's been a popular treat ever since.

So today, on National White Chocolate Day, indulge in white chocolate and celebrate its versatility. Try truffles, buttons, bars and even cocktails. We'll be drinking a Twentieth Century, one of our 20 best white crème de cacao cocktails.

Today is World Carfree Day, a time to opt-out of the vehicle and brave public transport, cycle or even walk to wherever you have to be. In some cities roads will be closed to powered traffic today, allowing cyclists to take them over. And, even in traffic-choked China, many cities will be cutting down on exhaust fumes by shutting roads down today.

Now, we would never recommend you drink and drive. So, duck driving and drink a Moonwalk, or perhaps La Bicyclette.

When nine-year-old Betty Parris and her cousin Abigail Williams began having screaming fits, throwing things about the room, making strange noises and contorting themselves, the villagers of Salem, Massachusetts, instantly thought of witchcraft.

In a town notorious for both its bickering and its religious intensity - dancing, Christmas and dolls were all forbidden - panic set in. The mass hysteria resulted in the execution of 20 people, most of them women - the last eight of them on this day in 1692. We are drinking a Black Magic cocktail, and thanking our lucky stars for the century we live in.