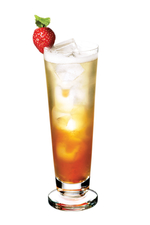 On this day in 1944, as some of the last German bombs of the Second World War dropped on London, a woman sheltering in Highgate Tube Station gave birth to a boy she would call Gerald Norman Springer.

Soon the family emigrated to the US, where little Jerry grew up into a political activist who worked with JFK, and progressed all the way to Mayor of Cincinnati, Ohio. Amazingly, he not only survived a scandal where he was caught paying a prostitute with a bouncing cheque but was actually re-elected after it. Today, of course, we know Jerry as the host of The Jerry Springer Show.

It started life in 1991 as a fairly serious political chat show, but achieved success thanks to guests such as the man who married his horse, the adult baby, and a million and one redneck love triangles, making Springer a multi-millionaire. Mercifully, he didn't take his show too seriously: "It has no redeeming social value," he says. "It's just like chewing gum."

After 27 seasons, The Jerry Springer Show aired for the last time on 26th July 2018 but he's still very much still on our screens with other format shows. Happy Birthday, Jerry! We're toasting you with a French Spring 'er' Punch.

Radio has been transmitted around the world for over a century, broadcasting stage plays to war announcements and uplifting music.

The invention of radio is generally attributed to Guglielmo Marconi in the 1890s but the truth is the development of radio spanned many decades and numerous inventors. Voice was first transmitted on 23rd December 1900 by the Canadian inventor Reginald A. Fessenden.

We've all got our favourite places to listen to radio - in the car, in bed, in the kitchen. The best broadcasters? Some will have their favourites and others enjoy exploring different stations from local to national broadcasters. In the same spirit, why not tune into NASA's station Third Rock Radio. The Houston-based radio station produced under a Space Act Agreement with NASA broadcasts indie and alternative rock music for the "music explorers" out there.

Today we're celebrating radio, the inventors, the stations and the presenters behind the microphones. So raise a Marconi or toast the Beeb with a BBC cocktail.

Today is also Get A Different Name Day

As the Turkish gentleman who endeavoured to become an American citizen under his birth name of Ufuk, and a surname pronounced Mycat, could tell you, and as Shakespeare mentioned on several occasions, names matter.

And never is this truer than in the world of cocktails. One can pretty much guarantee that anything with a colour that's got silver or gold in the name will be hard to drink, and let's not start on concoctions with the word "sex" in the title. So if you hate your first name, today is for you: it's Get A Different Name Day. And, if you've created a great drink that nobody seems to be ordering, today can also be "Rename Your Cocktail" day. Where to start? Thesauruses are always good, as are movies and song titles. Or, pay homage to an earlier drink with the name of yours.

While you contemplate names, perhaps sip on A Rose By Any Other Name.

If he was still with us, the legend that was Oliver Reed would be 82 years old today...and needless to say, the celebrations would be massive!

I'm sure that many of you are familiar with Reed's work - he made it big playing Bill Sikes in Oliver and went on to play Athos in The Three Musketeers before he famously died during a break in the filming of Gladiator when he was playing the part of Antonius Proximo.

Reed was a notorious booze hound, but probably the most impressive thing we've heard about the actor was how he downed 104 pints of beer during the stag weekend of his second wedding. Reed refuted this, hilariously saying: "The event that was reported actually took place during an arm-wrestling competition in Guernsey about 15 years ago." Hats off to Reed! Let's celebrate on his behalf with an appropriate beer-influenced Mantini.

This is also the day, in 1970, that Black Sabbath released their self-titled debut album. Arguably the greatest metal band in history, Black Sabbath was formed in Birmingham in 1968 by Tony Iommi, Bill Ward, Geezer Butler and Ozzy Osbourne. We're drinking to the pioneers of metal music with a spirit-forward Black Sabbath.