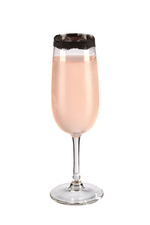 "If you're sad, add more lipstick and attack". Advice from the doyenne of fashion herself, Coco Chanel. And rather fitting as today is National Lipstick Day.

Lipstick has been around for millennia, ever since the Mesopotamians first mixed crushed gemstones with oils and waxes so they could prettify their lips and eyes. Cleopatra was also a fan, using crushed bugs to create a red lip stain which quickly became a symbol of social status in Ancient Egypt.

The popularity of lipstick grew in 16th century England where Queen Elizabeth I's signature shocking-white-face-crimson-lip look was widely copied by her loyal subjects. One of the world's first 'influencers' perhaps? But the popularity of lipstick and cosmetics in general hit a snag in the 19th century when it was deemed brazen and uncouth for respectable members of society to wear perceptible make-up.

So it wasn't until the late 19th century that lipstick was produced commercially. In 1884, French cosmetics brand Guerlain began to manufacture lipstick made from deer tallow, beeswax and castor oil, and the rest, as they say, is history.

Now there are literally thousands of shades to choose from, something to suit every taste and skin tone. And the choice is endless: Tint or stain? Sheer or satin? Glossy or matte? Frosted or metallic? But we remain optimistic that we'll find the right one for us...with an Optimist cocktail, a beautifully balanced and delicately flavoured riff on a classic Daiquiri. Or put your lipstick to another use with Dick Bradsell's Flirt.