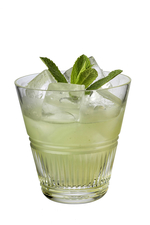 Mosquitoes don't actually bite humans - they don't have teeth. The reality is more shocking. Mozzies drive their serrated proboscis through the skin to locate a blood capillary and draw blood through one of two tubes, consuming three times their own weight. But you needn't be alarmed, it would take over a million mosquito "bites" to drain all the blood from your body.

Female mozzies are like flying needles, poking themselves into one human, or other animal after another, spreading diseases including malaria, the West Nile virus, dengue fever as they go (but not HIV). The ability for female mosquitoes to transmit malaria between humans was discovered in 1897 by British doctor, Sir Ronald Ross and World Mosquito Day, observed annually on 20th August, commemorates his discovery.

Fellow Brits be warned; we may not have malaria carrying mosquitoes in the UK but that doesn't stop some 1,500 of us being infected with the disease each year, with seven Brits dying from malaria in 2015. And don't think those electric bug zappers are going to save you, less than 1% of the insects killed by such devices are mosquitoes or other biting insects. Instead, while in parts of the world where mosquitoes are a problem, use insect repellent, sleep under a mosquito net and take antimalarial medication. Or alternatively, holiday in Blackpool.

Affecting the world's tropical and subtropical regions, the malaria belt runs around the equator encompassing much of Sub-Saharan Africa, Asia, and Latin America. In 2015, an estimated 214 million malaria cases worldwide resulted in some 438,000 deaths, 90% of which occurred in Africa. Every minute a child dies from malaria and these deaths are preventable with praiseworthy organizations such as Malaria No More working to eradicate the disease.

Perhaps make a donation to Malaria No More and then reward yourself by knocking up an aptly named Mosquito Cocktail.

Also known as St Stephen's Day, today is the day Hungarians celebrate the foundation of their country more than 1000 years ago. Comparable to America's 4th of July this national holiday is celebrated with festivities, concerts and fireworks.

Hungary's National Day commemorates King Stephen, who with the support of Rome, spread Catholicism and founded the Hungarian state. He was canonized by Pope Gregory VII becoming St. Stephen on 20th August 1083.

A style of fruit brandy called Pálinka is the most notable spirit to come from Hungary while Zwack Unicum is the best-known liqueur. We're sure Hungarians will be enjoying huge quantities of both today. However, many will also be attending Mass and blessing the new bread. Sadly, we won't have a cocktail on our database containing Pálinka, Unicum or indeed bread, but we offer you a Gingerbread Martini with which to celebrate. Tenuous but tasty!

Today in 1667, the poet John Milton's publisher, Samuel Simmons, registered a poem entitled Paradise Lost with the British Stationer's Office, and one of the greatest works of English literature became official.

Milton, however, received a total of just £20 for his blank-verse epic on the temptation of Adam and Eve and the fall of man from grace. A philosopher as well as a poet, a passionate Republican and a believer in religious freedom, Milton truly was a man ahead of his time. We are remembering his legacy by getting lost in a Paradise.