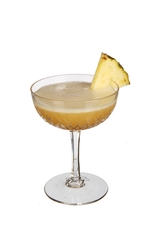 In 1952, the Queen's father, George VI, died in his sleep at Sandringham Palace, having reigned for only 15 years. Elizabeth heard the news in Treetops, a safari lodge in Kenya, where she had been sleeping in a treehouse while on tour of Africa. At the age of 25 she became the first British royal to become monarch while out of the country, and, obviously, the first to do so in a treehouse.

When Edward VIII abdicated, George VI became the reluctant ruler of Britain. His time as a leader was fairly unremarkable, though hats off for him staying in London during the Blitz rather than legging it to a country pile. When Buckingham Palace was bombed, his wife, Elizabeth, famously declared: "I am glad we have been bombed. We can now look the East End in the face."

The war took a toll on King George VI though. Combined with his heavy smoking, and a blocked artery in his right leg, his health quickly deteriorated, and at the age of just 56, he was found dead in his bed at Sandringham House on the morning of 6 February 1952.

Queen Elizabeth II is the second living monarch to achieve a Diamond Jubilee (on 6th February 2012), the UK's first monarch to celebrate a Sapphire Jubilee (in 2017) and to reign for 75 years so reach a Platinum Jubille (in 2022). Congratulations, your Maj. We are toasting you with a Queens Coktail.

Seeing as a Black Velvet was drunk at the time of Prince Albert's death, may we also suggest making a Royal Velvet Margarita to toast King George VI's memory.

It's also the anniversary of the Channel Tunnel agreement

This is also the day, back in 1964, that the British and French governments signed a pioneering agreement - that they'd jointly dig a tunnel under the sea that separated them, bringing the two nations closer together.

It was scheduled to be finished in 1969. They weren't off by much. The Channel Tunnel opened a mere 25 years late in 1994 - and it would be voted the Best Construction Achievement of the twentieth century. The Channel Tunnel remains the longest undersea tunnel in the world. Since it opened, over 450 million passengers have travelled through it. Anything that gets us from London to Paris in a couple of hours without flying counts, in our view, as an extremely good thing. So we are toasting this anniversary with - what else? - an English Channel, a delicious concoction we discovered at Bellini in New Zealand.