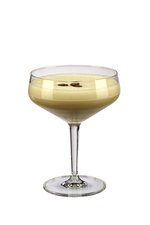 "I scream, you scream, we all scream for ice cream". Vanilla ice cream to be precise. Because today is National Vanilla Ice Cream Day.

Vanilla, a flavouring that comes from the pod of the vanilla orchid, is the second most popular flavour of ice cream in the United States (after chocolate, naturally) and while it may be simple, the combination of cream, sugar and vanilla is undoubtedly delicious.

Introduced to the good folk of the USA in the 1780s, vanilla ice cream became something of a national treasure when Thomas Jefferson bought the recipe back to the States following a trip to France where it was already a popular dessert. Now, a single copy of his infamous ice cream recipe (with a cookie recipe on the flip side) lies protected in the US Library of Congress in Washington.

In the early days, vanilla was expensive to produce and subsequently hard to come by for the average American. So when, in 1841, a new technique was discovered whereby vanilla could be pollinated by hand (rather than by bees) and thus commercially produced, there was a collective celebration. Cue America's love affair with this scrumptious ice cream flavour.

Today, join us in celebrating this all-time favourite creamy treat with an ice cream sundae - or the cocktail enthusiasts amongst us may prefer to add a scoop to an Affogato Cocktail.

Gorgeous Grandma Day, an American invention, is the day to give your grandma a call, or any older woman in your life, for that matter.

For the inclusive folk behind Gorgeous Grandma Day, a gorgeous grandma "is every woman over fifty, sixty, or seventy who believes she has her whole life ahead of her, not her whole life behind her."

We are marking today with a Grand White Lady, a rather than the arguably more appropriate Granny's Cocktail, a surprisingly palatable combination of apple and cinnamon with rum.

Haile Selassie, African statesman, global icon and the last emperor of Ethiopia, was born today in 1892.

Before he became emperor, his title was Ras Tafari, a name which forms the heart of Rastafarianism. Some believers in the Rastafari movement worship Haile Selassie as a Messiah - either God incarnate or the reincarnation of Jesus - though others believe that he was simply an earthly king chosen by God.

The Rastafari movement began in Jamaica during the 1930s. Many of its followers use cannabis spiritually and reject Western society, calling it Babylon, along the lines of the movement's most famous adherent, Bob Marley.

Though many Rastas do not drink alcohol, today we are enjoying a very Jamaican drink, the Reggae Rum Punch, a sweet, fruity blend based around the local favourite overproof rum.