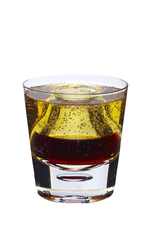 May the fourth be with you! Around the world, Star Wars fans are celebrating Star Wars Day today.

The date is said to have originated on 4th May 1979, the day Margaret Thatcher took office as British prime minister. An advertisement in the London Evening News read "May the Fourth Be with You, Maggie. Congratulations." Others say, a German news channel mistranslated Star Wars creator George Lucas back in 2005, turning the classic line "May the Force be with you!" into "We are with you on May the Fourth". However, some misguided folk, including the Los Angeles city council, choose to celebrate on 25th May, the anniversary of the release of the first film in the Star Wars series.

Talking of misguided folk, the Jedi Church is now a well-established, if largely online, organisation in several Anglo countries. Indeed, more than 2% of Brighton declared their religion as Jedi during the UK's last census, and the Jedi faith has been mentioned in the British Parliament. "The Jedi Church recognises that there is one all-powerful force that binds all things in the universe together, and accepts people from all walks of life, from all over the universe as members of our religion." However, the Church, perhaps torn by online schism, has yet to officially declare 4th May as sacred.

In 2009, Daniel Jones, who founded The Church of Jediism with his brother Barney, was removed from a Tesco supermarket in Bangor, North Wales, for refusing to remove his hood on a religious basis. Amusingly, a spokesperson for the supermarket is later quoted as saying, "He hasn't been banned. Jedis are very welcome to shop in our stores although we would ask them to remove their hoods. Obi-Wan Kenobi, Yoda and Luke Skywalker all appeared hoodless without ever going over to the Dark Side and we are only aware of the Emperor as one who never removed his hood."

If you're choosing to celebrate today, we're proposing a Darth Jäger. Or you may prefer a drink that's just a bit more sophisticated than those served in the Chalmun's Cantina, the famous "Star Wars bar" on the planet of Tattooine, a Starry Night, an unusual, adult and aromatic blend of wine, pear and anise. May The Fourth Be With You!