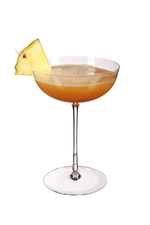 The foodies' bible, Larousse Gastronomique, defines Caramel as "Melted sugar that has been browned by heating." That doesn't portray how delicious caramel can be; so delicious that, in America, caramel has been awarded its own National Day – today 5th April.

The name caramel is derived via French caramel, by way of Spanish caramel (18th century) from the Latin Cannamella for sugar cane. While caramel is simply sugar heated above 150°C, the degree of heating and if and how much water is added produces very pale caramel through to slaked caramel (mahogany coloured and cooked with a small amount of water) to dry caramel (cooked without added water but with a tiny amount of lemon juice).

As caramel is heated it gradually loses its sweetness and becomes burnt until overheated when becomes inedible. Along the way, as the sugar turns darker so its flavour becomes more intense.

We're celebrating delectable desserts made with caramel, such as crème caramel, caramel slices and crème brûlée with a Crème Brûlée cocktail, and caramel itself with a Caramel Manhattan.

Spencer Tracy took to the stage this day

Spencer Bonaventure Tracy, one of Hollywood's greatest male lead actors, and a man whose naturalistic acting style put him decades ahead of his time, entered the world in Milwaukee, Wisconsin, on this day in 1900.

Spencer's work, which he resolutely refused to glamorise, stating that the art of great acting was to "learn your lines", would secure him nine Oscar nominations.

The Spencer Cocktail, a mellifluous, fruity harmony of apricot, orange and gin, isn't named for Tracy - it appears in Harry Craddock's 1930 The Savoy Cocktail Book, written before Tracy hit the big time. But it does make an excellent tribute to the man who was the love of Katharine Hepburn's life.

It's also the anniversary of Charlton Heston's death

There was no one quite like Charlton Heston. You've seen him in Ben Hur, The Ten Commandments, the original Planet of the Apes: that manly jaw, that cleft chin, that booming baritone, that rigid frame and retro acting style.

And, yeah, you'll also remember his pro-gun activism. In an infamous speech to the NRA, Heston, then president, announced that the government would need to take his gun from his "cold, dead hands." Rather more dramatically, he claimed that "a single armed guard" would have prevented the Columbine Massacre (particularly unfortunate, given the school had had an armed guard, who had failed to stop the massacre).

Unlike a lot of politicians, though, Heston did at least practice the family values that he preached. He stayed married to the same woman for 64 years, with nary a hint of an affair. And for this, as for his great classic movies, we're toasting him with a Gun Club Punch No. 1, served - but of course! -- in a green "cartridge" mug.

Today's the End of the UK tax year

The UK tax starts 6th April and ends 5th April and for anyone lucky or stupid enough to own their own business - opinions on the topic will vary, but for many today signals the start of a special torment: the tax year wrap-up. This is a good time of year for accountants, book-keepers, and paperwork lovers of all kinds. For the rest of us? Well, it calls for a stiff drink.

And what better to choose than the Income Tax Cocktail? Surprisingly, this fine classic was not invented by that doyen of home bartenders, and expert tax lawyer, David Embury, but by Johnny Solon, also the father of the Bronx.

In Chinese Qingming means "clear and bright" and this spring festival begins as the weather warms up and spring flowers come out.

It is a time for picnicking, singing, dancing, kite-flying and, in a typically Chinese fashion, remembrance of the dead. Ancestor worship is an important part of religion for many Chinese. So today they will be visiting their ancestors at their graves, sweeping the tombs and leaving offerings. Some people dress their doors in willow branches and many carry flowers. Qingming is also the traditional time for young couples to begin, err, courting.

We will be marking the "Clear Bright Festival" with a Wild Blossom, a cocktail almost as serious as the grave but with a floral, springtime edge.

It's also the anniversary of Pocahontas' wedding day

400 years ago today, a Native American princess, named Matoaka but nicknamed Pocahontas, married an English planter named John Rolfe in Jamestown, and became Rebecca Rolfe. Two years later, she'd travel to London, be introduced to the king - and die before she could return home to Virginia, where her widower would develop commercial tobacco. Hers was the first inter-racial marriage known in American history.

Yet the story behind it is likely very sad - and, as the remnants of her people observe, nothing like the Disney myth. Pocahontas had acted as an interface between English colonists and her people, who had supported and helped the new arrivals in their land. In return, they'd kidnapped her and imprisoned her for a year. According to one version of the story, she was pregnant when she married, because she'd been raped in captivity.

In honour of a woman who deserves more than a Disney tribute, we're drinking that Virginia favourite, a Mint Julep.